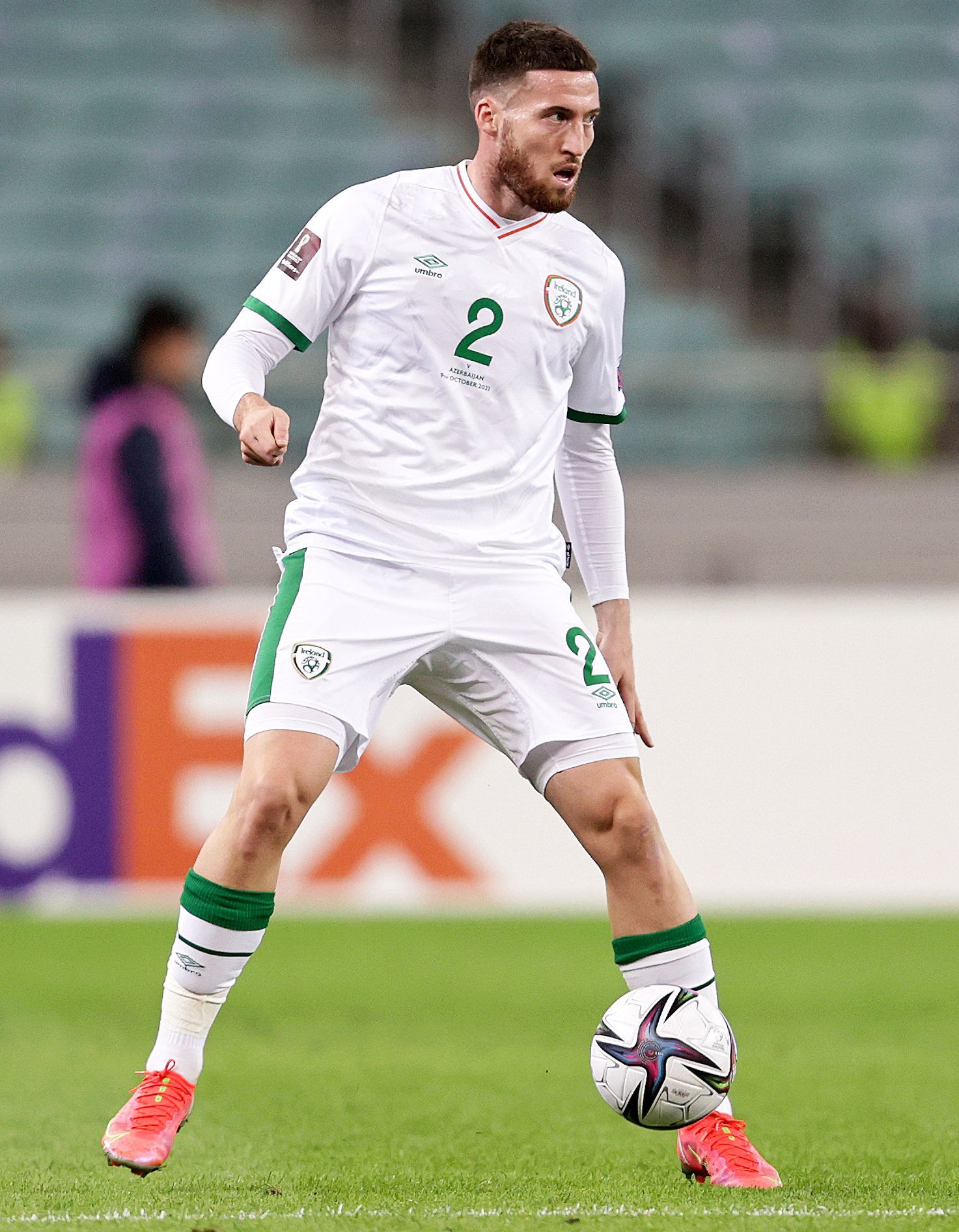 Matt Doherty is having a good spell with Tottenham. INPHO/LAZSLO GECZO

After spending the early part of the season in the drop zone, Norwich City won for the second week in-a-row to move out of the relegation places for now. Adam Idah, who scored in the Canaries 2-1 win over Everton 10 days ago, was again in the thick of the action for the Norwich team that won 3-0 away to Watford on Friday night.

Watford, meantime, dropped into the relegation zone and on Monday fired their 70-year-old manager Claudio Ranieri, who had taken over only on Oct. 4.

"The Hornets' board recognizes Claudio as a man of great integrity and honor, who will always be respected here at Vicarage Road for his efforts in leading the team with dignity,” the club said in a statement about the veteran boss who led Leicester City to the Premier League title in 2016. "However the board feels that, with nearly half of the Premier League campaign remaining, a change in the head coach position now will give a new appointment sufficient time to work with a talented squad to achieve the immediate goal of retaining Premier League status.” His replacement will be the 15th manager since the Pozzo family took over in 2012.

Newcastle United are still in trouble, but they gave themselves some hope with an away win over Leeds United on Saturday. The Geordies, who are out of the FA Cup, don’t play again until Feb. 8 and are now in Saudi Arabia for two-week training camp. Ciaran Clark was a second half sub for the Magpies.

Southampton held on for a well-earned draw at St Mary’s on Saturday to end Manchester City’s 12-game winning run in the EPL. However, that point gained means that City are 9 points clear of Liverpool at the top of the table. Kyle Walker-Peters scored a superb seventh-minute opener for Saints, but Kevin de Bruyne curled a free-kick onto the head of Laporte and the unmarked defender nodded past Fraser Forster to level the game with 25 minutes remaining.

Meanwhile It took a string of saves by goalkeeper Alisson Becker for Liverpool to beat Crystal Palace 3-1 at Selhurst Park on Sunday. Two first half goals from Van Dijk and Oxlade-Chamberlain put the Reds in control in the first half, but Palace reduced the deficit through Edouard at the start of the second half. Then Fabinho scored  a contentious penalty late on to keep Liverpool in touch with the leaders as we go into a short mid-season break. This was Liverpool’s fifth game without Mo Salah and Sadio Mane as they are on Africa Cup of Nations duty. When asked if Liverpool can catch City, manager Jurgen Klopp said: ‘‘No. We just need to keep winning football matches. It’s too far away to talk about it, but will see what happens in the final few months.’’

Matt Doherty is having a good run with Spurs right now. A few weeks back it looked like the Dubliner might be on his way out of White Hart Lane in the transfer window. But Doherty had a great second half in Spurs 3-2 away win over Leicester in midweek and on Sunday he started on right side of midfield as Spurs went down to Chelsea for the third time in three weeks in all competitions. Doherty was the only Irishman to start a game in the EPL at the weekend.

Ronaldo was not happy when he was taken off in the second half of Manchester United’s midweek away win over Brentford, but the Portuguese star started again on Saturday at Old Trafford where United took all three points with a controversial goal from Marcus Rashford in the 93rd minute. Hammers manager David Moyes was frustrated with the way his West Ham United side switched off in the final seconds to allow United a dramatic winner. But on his return to Old Trafford Moyes had no complaints about the goal, even though many West Ham fans thought Cavani was offside when he set up the winner for Rashford. Moyes said: ‘‘I have not seen it again, by all accounts everyone seems to think it’s fine so we have to trust VAR that they are getting decisions right.’’

In midweek Liverpool reached the League Cup final for the first time in six years as Diogo Jota’s brace was enough to seal semi-final success at the expense of ten-man Arsenal. After a goalless first leg at Anfield two weeks ago, Jota’s first-half effort caught Aaron Ramsdale flat-footed and he then saw a second-half VAR check rule he was onside following a smart finish as Liverpool won 2-0 at the Emirates. It means Jurgen Klopp’s Reds head to Wembley, where they will face Chelsea on Feb. 27. Klopp has said that Cork-born Caoimhin Kelleher will definitely start in goal for the final.

Championship leaders Fulham, who have scored six and seven goals in recent games, won 3-2 away to Stoke. The West London club are now 8 points clear of Bournemouth, who were beaten 1-0 at home by Hull. Sheffield United who made a very poor start to the season, beat Luton 2-0 and are now up to 11th place. John Egan and Conor Hourihane, who is on loan to the Blades from Aston Villa, both started and former Irish striker David McGoldrick was a second half sub. Blackburn Rovers are third with QPR in fourth place. In League One Irish newcomer Mark Keane scored twice for Wigan as they returned to the top of the table after a 3-2 win over Gillingham at the DW Stadium.

The Republic of Ireland Women’s National Team have accepted an invitation to take part in the Pinatar Cup in Murcia, Spain next month. They will take part with Belgium, Hungary, Poland, Russia, Scotland, Slovakia and Wales all involved. The Irish women will play Poland in their first game on Feb. 16 with the winner meeting either Hungary or Russia in a semi-final on Feb. 19. The final game of the tournament will be played on Feb. 22  with Ireland’s opponent dependent on how their semi-final ends. They could either be in the main tournament final or else in a tie for 3rd place, a duel for 5th place or a contest for 7th place. There is an agreement in place that Ireland will not play Slovakia in the third game, if drawn together, due to being in the same World Cup Qualifying Group.

Danish international Christian Eriksen is reported to be close to signing for Brentford until the end of the season. Last week Eriksen trained with Ajax so he could get used to elite-level training. The former Tottenham playmaker apparently is due to join Brentford this week once he completes a medical. He could make a return to the EPL just seven months after suffering a cardiac arrest playing for Denmark at the Euros finals last summer.