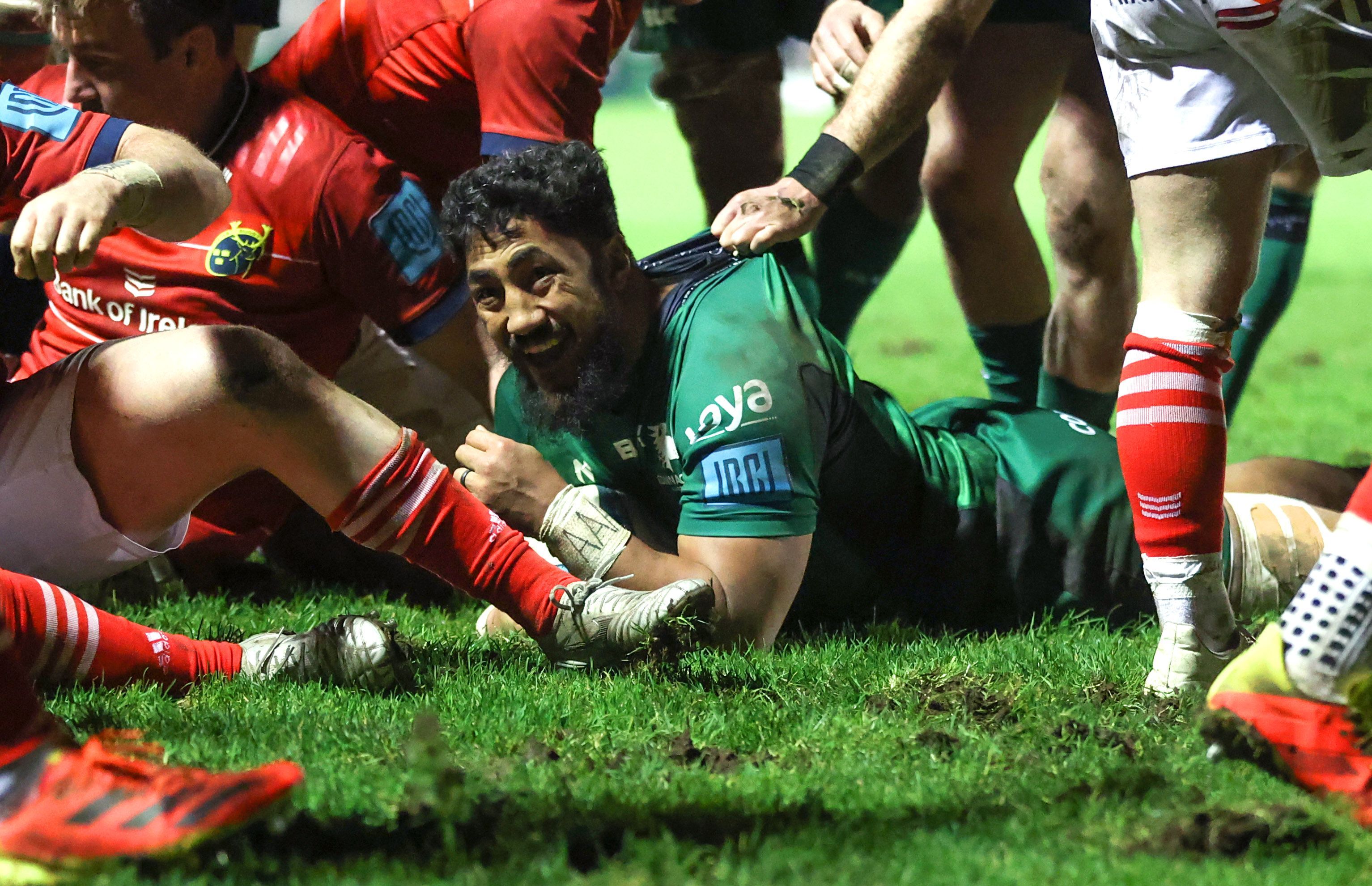 The New Year in the Sportsground served up a right old ding-ding between these age-old rivals with Connacht ending up on the right side of the scoreboard for a change.

The game may have eschewed free-flowing rugby and end-to-end handling but it contained enough of the traditional traits with one almighty dust-up and four yellow cards to let the crowd of 3,000 know this was above all else honest fare they were witnessing.

And it was all the more welcome because Covid-19 had played spoilsport by eliminating three of the four Christmas interpros and fans suffering early bouts of cabin fever finally got an excuse to get out and shout for their colors.

Munster have had the upperhand in most of these recent clashes and it looked like they would escape to victory again for long parts of the game. Leading 8-3 and giving very little away, it finally took a moment of Bundee Aki magic halfway through the second moiety to tie the scores with Jack Carty’s conversion sufficient to earn them four points, leaving Johann van Graan’s charges having to content themselves with a losing bonus point on their way back south.

Connacht drew first blood on the scoreboard when Munster’s Damian de Allende went off his feet and Carty landed the penalty on the quarter hour.

Ben Healy took advantage of Ultan Dillane’s indiscretion, where he was adjudged to have played a man off the ball, and leveled with a simple penalty kick.

Healy was behind the try that gave Munster the lead when he booted the ball almost the length of the pitch and then ran to block an attempted clearance kick. Irish winger Andrew Conway was first to the loose ball to dive over in the 23rd minute.

The game deteriorated into a series of errors from both sides and it looked like Munster might muscle out a dour victory when Aki struck midway through the second half.

Cian Prendergast picked up the man of the match award for his effort to emulate perpetual motion over the 80 minutes.

Speaking of Connacht’s ability to eke out a win under any circumstances, he said: “There was an idea a while back that we just wanted to play fluid rugby and we don’t want to get involved in the confrontational side, but as a group we really loved it.

“We want to impose our physical mark on the game. If]that comes with the territory of a push and shove or nothing really, it’s just rugby, it’s a contact sport.