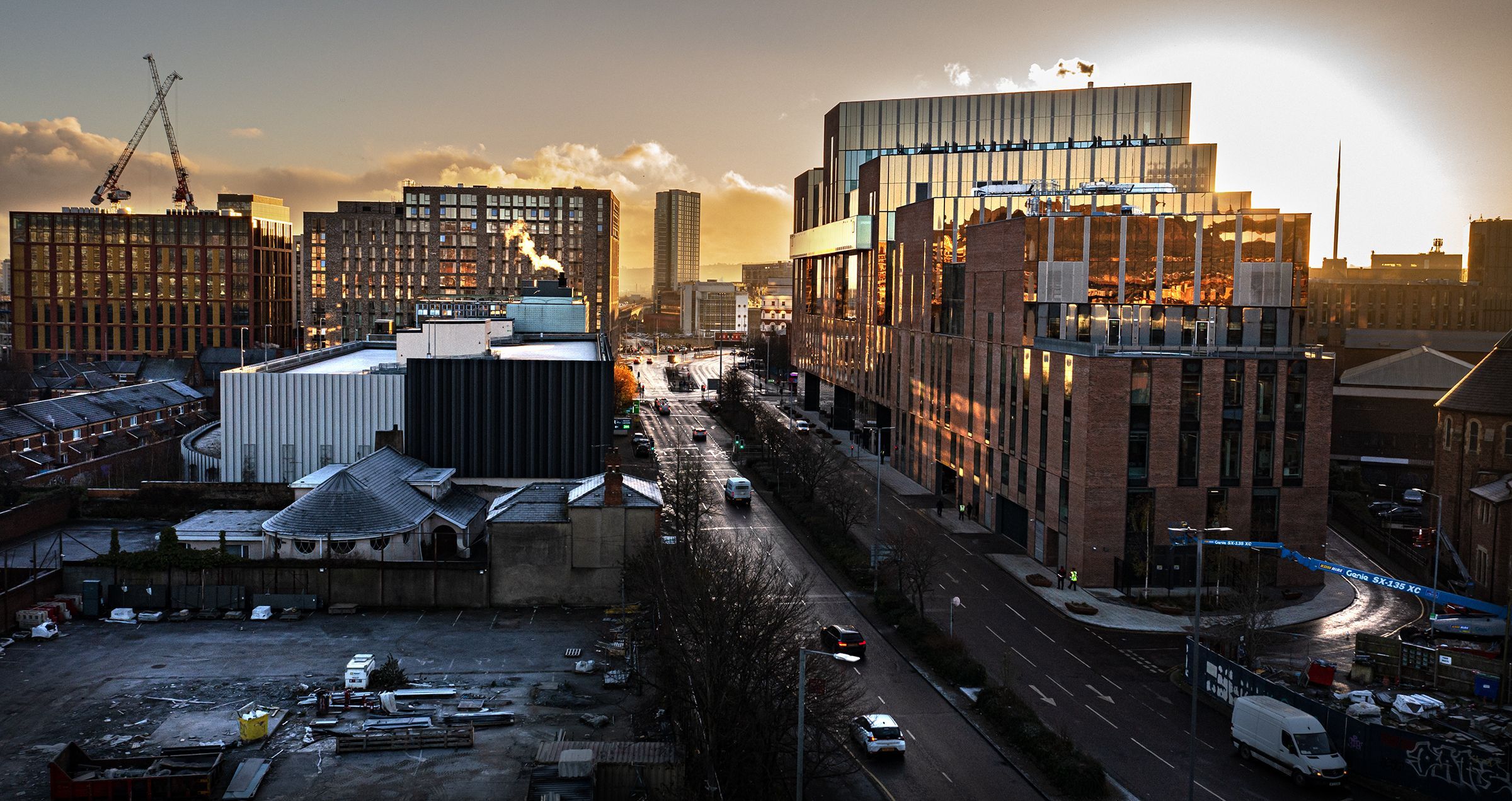 OPINION: American pension funds can underpin the peace with jobs

I'm proud to be joining Eugene O'Flaherty and John Donovan of Boston as a founding partner of the North Ireland Growth Fund which is raising $100m to invest in high-growth companies in the North of Ireland and border counties.

In this the 25th anniversary year of the Good Friday Agreement, every Irish American can back this ambitious initiative by encouraging their state, city or union pension trustees to consider investing, via our fund, in companies which will create the jobs needed to cement the peace progress and earn a return for American retirees.

The recent appointment by President Biden of an Economic Envoy to Northern Ireland is a sign that the US isn't about to give up on the stalled peace process but rather intends to ensure there can be no return to the hard borders or dark days of the past. And in doing so, the administration is putting economics — jobs — front and center on the basis that jobs are the cement of peace. That mirrors exactly the approach of the North Ireland Growth Fund.

There would be no Irish peace process without the U.S. and now, with the Six Counties effectively forming a special economic zone under the Northern Ireland Protocol of the Brexit Agreement, ordinary Irish Americans can do good while doing well by directing their pension funds to invest in the entrepreneurs building stunningly successful businesses across the North.

This is a bold bid but it's not unprecedented. In fact, we're simply following the lead of that Italian-American hero of the Irish peace process, Tom DiNapoli.

As Comptroller of New York City and, latterly, New York State, Tom DiNapoli contributed mightily to the Irish peace process. When discrimination in employment was rife, he championed the MacBride Principles to guarantee equal treatment for all in the workplace. His trailblazing endeavours to ensure everyone in Northern Ireland could enjoy the dignity of employment presaged the enactment of what is now regarded as the toughest fair employment legislation in Europe.

However, Tom DiNapoli, then went a step further. He committed to invest public pension funds under his stewardship in companies across the North. He did so to provide the concrete foundation of jobs that a society, emerging from three decades of conflict, sorely needs. Since that first investment through Crescent Capital in Belfast, Tom DiNapoli has committed $56m of his $220bn kitty, to businesses which have gone on to create hundreds of jobs — and, crucially, provide a return to New York retirees. The North Ireland Growth Fund has commissioned Crescent Capital to manage its fund.

To this very day, the New York State Retirement Fund remains active in the North of Ireland market, industriously scoping out opportunities and making investments in cutting-edge businesses which go on to create much-needed jobs in underserved communities.

Jobs which enable workers to enjoy the fruits of their labor, plan for the future, stay in their native land, pursue education and, vitally, rear a new generation wedded to peace and reconciliation. Well-paid, long-term, unionised jobs in working class communities are the greatest guarantee of the peace process.

All the investments Comptroller DiNapoli has made via Cresent Capital funds in Belfast have earned a return for New York State retirees.

The region in which we seek investment opportunities has been transformed by the peace process but it's best days lie ahead.

We're back to the office today at Catalyst and looking forward to an exciting 2023 🙌 pic.twitter.com/kRvLw8yTbT

This is an area enjoying an economic renaissance underpinned by great institutions of education. Derry boasts a new School of Medicine, Letterkenny, Co Donegal, is now home to a campus of the Atlantic Technological University. Queen's University is rated among the greatest universities in the world for cancer research while Ulster University has just completed a $300m move of its ultra-modern campus to the centre of Belfast. Catalyst science park, in Belfast's Titanic Quarter, but also with a cross-border campus with satellites in both Derry and Donegal, is home to almost 3,000 graduates working for indigenous, world-class digital companies. The entire island is enjoying an unexpected Protocol life to its economy: In the first eight months of 2021, there was a 61 per cent increase in goods flowing from Northern Ireland to the Republic and a 47 per cent increase in the other direction.

"It’s exciting to announce a major milestone for Artemis Technologies, moving into our new facility in Belfast Harbour. Right in the heart of the Titanic Quarter, next to several our Consortium partners." - David Tyler, Commercial Director

And, of course, when it comes to the burgeoning renewable industries, nowhere on earth can match this region when it comes to its natural resources - already almost 50 per cent of its electricity supply comes from wind power — and no part of Ireland has the manufacturing skills or engineering tradition of the northeast. Add to that the tourism renaissance and the exploding, Game of Thrones-fuelled film industry and it's clear that investment opportunities for judicious pension fund managers abound.

Don't take our word for it when it comes to commending the talent and work-ethic of workers across the region. Just ask American blue-chips like Allstate, Liberty, PayPal, Chicago Mutual Exchange, Abbott, Spirit Aerosystems, Citi and Aflac who have all made their home in a 12-county area of around two-and-a-half million people which stretches from Dundalk, through Belfast and Derry, to Donegal.

How can you get involved? Ask your public representative to back political support for the Irish peace process with practical support by having the investment experts of your city or state consider investing in the North Ireland Growth Fund. Ask your union representative if their pension fund managers can carry out due diligence on this new opportunity.

Pension investment decisions are not taken lightly and can only be made by experts trained to select the cream of the crop. That's as it should be, for pension funds represent a lifetime of hard work. Indeed, in that regard, they share many characteristics of the Irish peace process. The North Ireland Growth Fund offers an opportunity now for those two great treasures — the Irish peace process and the pension funds of US workers — to link up in common purpose in order to do well while doing good.