Home Opinion The Root Cause of Anti-Catholicism and Bigotry 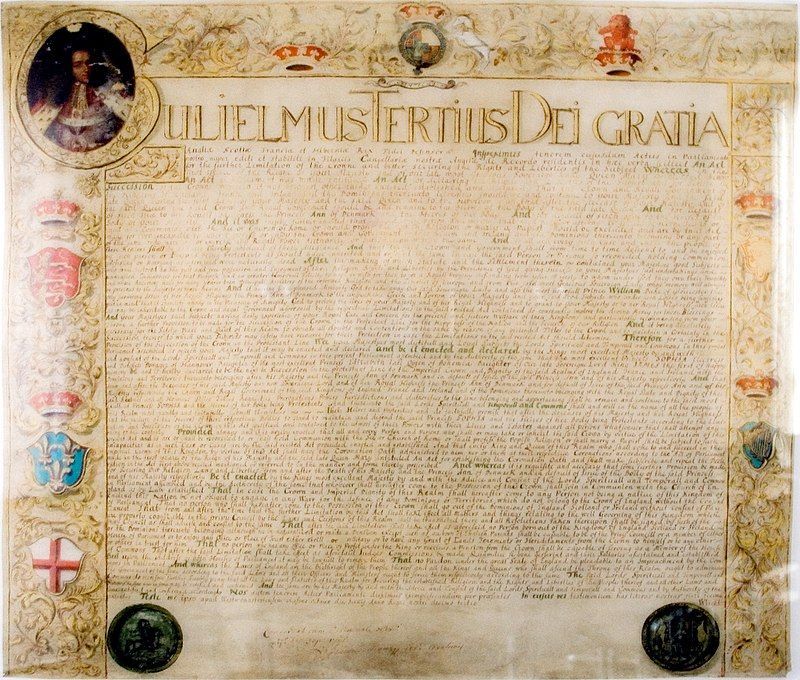 The Root Cause of Anti-Catholicism and Bigotry

A state’s constitution is the fundamental set of principles by which the state is to be governed.

It is, therefore, of foundational importance and superior to all other laws of the state— as in the case of the written U.S. Constitution and Bill of Rights.

Can you imagine how awful it would be if there were a discriminatory law still within the U.S. Constitution? Imagine, for example, if there were a provision prohibiting a black person being president of the United States. Imagine how that would have powerfully condoned and promoted white racism, bigotry, and contempt in the 1950s and 1960s in Mississippi.

And suppose presidents and members of Congress had ignored that foundational provision, and merely expressed concern about some individual Jim Crow laws in Mississippi. Would they have gotten away with it? Would the rest of the world have ignored that Pontius Pilate hand washing act?

How come then that the British constitution — and “the Queen/King in Parliament”— have gotten away with constitutionally enshrined discrimination and sectarianism?

Since 1701 — 321 years ago for goodness sake— and until this very moment, and ongoing, there is at the heart of the British constitution a law prohibiting a Catholic being king or queen of England.

The Act of Settlement of 1701 is an integral part of the unwritten, un-codified British constitution which consists of, according to University College London, “an accumulation of various statutes, conventions, judicial decisions and treaties which collectively can be referred to as the British Constitution.”

The 1701 Act of Settlement determines succession to the Crown of England, and is, therefore, a fundamental constitutional statute. Indeed, it is the very foundation stone of the Royal Family.

The Act of Settlement contained provisions that decree a Catholic cannot succeed to the British throne and that if the Monarch becomes a Catholic, or marries a Catholic, he/she forfeits the throne and “the people are absolved from their allegiance.”

The ban on marrying a Catholic was repealed in February 2013 by the Succession to the Crown Act. However minimalistic that change may have been to the ordinary English man or woman in the street, how do you think the extreme orangeman would react to any proposed change in this Anti-Catholic law? The Belfast Telegraph gives the answer: “Members of the Protestant Orange Order [led by Jeffrey Donaldson MP, DUP] have descended on Downing Street to oppose the lifting of a ban on those in line to the throne from marrying a Catholic.” (Orangemen at No. 10 over Catholic ban.” Saturday, November 12, 2011).

Morally, and in effect, the ban on a Catholic being king or queen would indeed be like having a provision in the U.S. Constitution prohibiting a black person being president of the United States.

Pointing out that the queen is also head of the Church of England is no valid excuse, and should cut no ice with Americans who know, and are proud of the fact that the Founding Fathers insisted on separation of church and state, this being enshrined in the First Amendment to the United States Constitution: "Congress shall make no law respecting an establishment of religion, or prohibiting the free exercise thereof..."

Yes, the Act of Settlement may mean little to the ordinary Englishman/woman but it has historically always meant a whole lot to extreme Unionists/Loyalist/Protestants in Northern Ireland.

For example, early in the beginning of the Civil Rights Movement in Northern Ireland, the late Reverend Ian Paisley said his Ulster Protestant Volunteers “was a body of patriots dedicated to the defense of the Protestant constitution.”

Time and time again, unionist leaders in Northern Ireland have pointed out that their allegiance is not just to the British Crown but, rather, to “Protestant succession to the British Crown.” This is akin to American white supremacists saying their allegiance would only be U.S. Constitution if it guaranteed their supremacy while ensuring blacks were treated as inferior.

Why am I one of the few people in America who, for over 40 years, has raised the state-sponsored anti-Catholicism of the 1701 Act of Settlement? How can constitutional bigotry and discrimination be conveniently ignored?

Of course, it is easy for some people to criticize the extreme anti-Catholicism of the Orange Order and the thuggery of associated Protestant paramilitaries. But it was not the orangemen who enacted the anti-Catholic Act of Settlement.

To quote the University College of London again: “It has been suggested that the British Constitution can be summed up in eight words: What the Queen [Monarch] in Parliament enacts is law. This means that Parliament, using the power of the Crown, enacts law which no other body can challenge.”

And that’s where the buck stops.

In significant measure, orange bigotry and anti-Catholicism is but a logical, inevitable outworking of the anti-Catholic 1701 Act of Settlement, which must be seen as an utter disgrace to modern-day England. For as long as it is in place, extreme fundamentalist orangeman will see it as their patriotic duty to endorse and implement this act, which means refusing to accept Catholics as equals, because the British constitution does not.

Furthermore, to this very moment, the House of Lords reserves 26 places for Anglican bishops, so making England the only other country with Iran to reserve such places for religious leaders.

As I said on July 12, 2024 — this in response to the hateful racist and sectarian bonfire burning of Irish and GAA flags and the burning in effigy of Naomi Long, leader of the Alliance Party, and Mary Lou McDonald and Michelle O’Neil of Sinn Fein—"for as long as anti-Catholicism remains in the British constitution do not expect 'loyal Protestants' in Northern Ireland to remove anti-Catholicism from their hearts and minds."

So, the buck stops at the British parliament and Buckingham Palace. The fact Ms. Long is not Catholic does not change the dynamic or the point here; no more than when in the Civil Rights Movement in America some Whites opposed injustice against Backs and stood for equality, then they were attacked as “N-word lovers” and hated as much, if not more, than black people.

The horrible dynamic and pathology of racism/sectarianism, the twin evils of the world, are the very foundation stone of the British Empire. And its residue can be found in the Six Counties of Northern Ireland.