Home Sports Ireland must do better vs. NZ 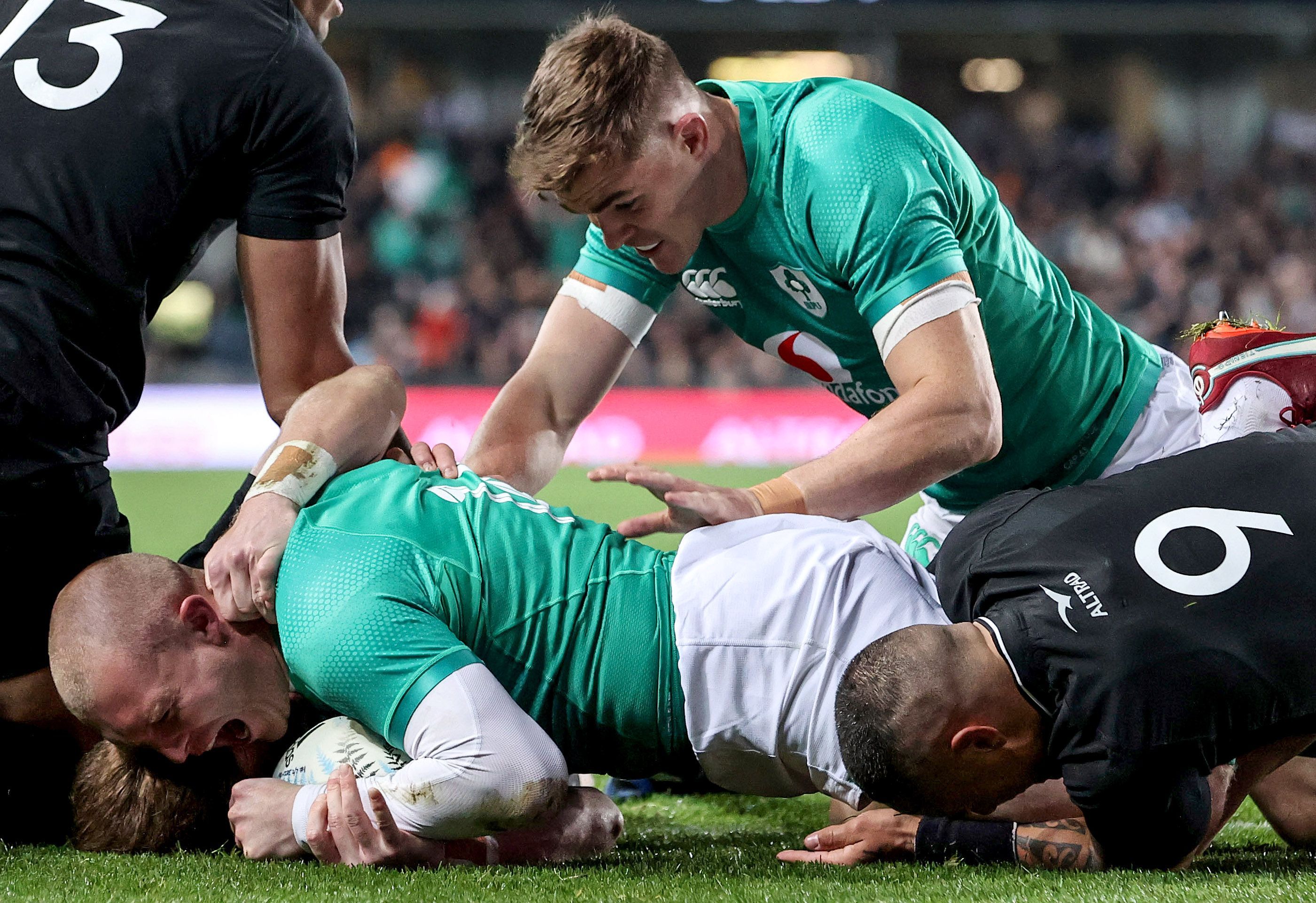 You could make claims about getting over the line twice without touching down, you could say that Ireland gave away two tries ….and you would be deluding yourself.

Truth is Ireland found out that they operate on a level one step below where they met the All Blacks on Saturday at Eden Park and they will be up against it this weekend again when the hosts play in their favourite Dunedin venue.

Yes, we started well and Keith Earls’s try after five minutes shook the home supporters as did the fact that we were only 7-5 down after 27 minutes. Then a brace of turnover saw Ireland hit half-time 28-5 down and out of contention.

You could say fortune didn’t favor us on the day particularly with the loss of Johnny Sexton to a bizarre head injury when he slipped and hit an opponent’s knee. Up to then the out-half had asked questions of the home three-quarters with a number of deft kicks in behind them.

Once he left Ireland only played in front of their opponents who were able to gobble them up and spit them out in pieces. He will now have to pass further head injury assessments if he is to take his place in the second test.

Garry Ringrose and replacement Bundee Aki also got in for tries on a day when Ireland experienced a steep learning process.

Head Coach Andy Farrell kept the mood upbeat as he looked forward to Saturday’s crucial match. “You don’t get many opportunities to break a record; it’s an outstanding record and you can see why they hold that. We’re gutted to lose but, having said that, the players know what they did well and they know how the game flowed and things that we need to fix to stay in a series next week.

“Doing it that way makes us stronger as a group, makes our culture stronger, makes our environment stronger and makes us ready for obstacles that are going to get in our way certainly over the next 18 months,” he added.