Home Opinion ADAMS: Once Again, The Planter and the Gael 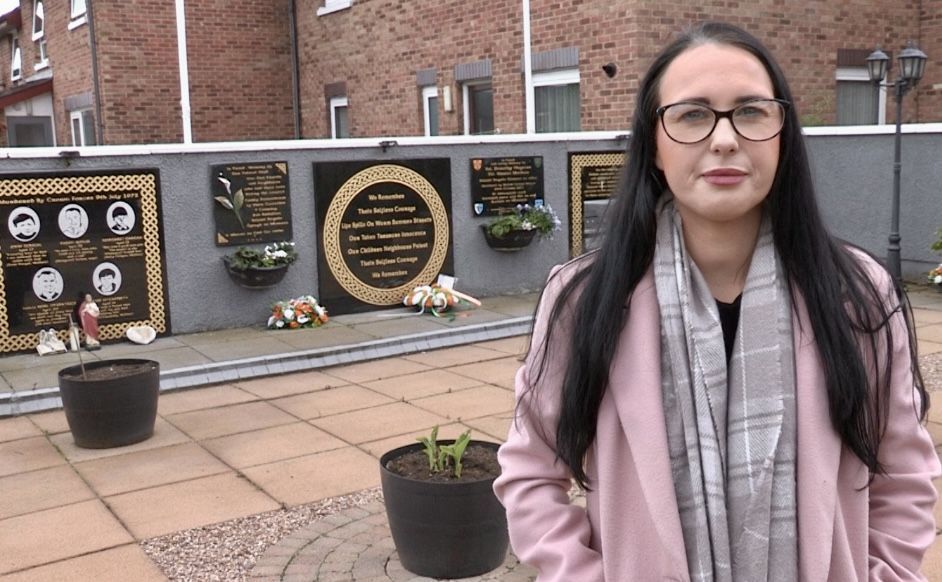 ADAMS: Once Again, The Planter and the Gael

The Blaskets you ask?  Why there? Well, in 1953 the last people who lived on the Blasket islands were forced to leave their beautiful islands off the coast of Kerry because of the lack of necessary services.

Some of them went to Springfield in Massachusetts. That’s Richie’s district. So naturally a visit to Ireland had to include a visit to Dunquin and then a short helicopter flight to the Great Blasket. I wonder what Peig would have thought of that?

So, to the point of this epistle. In the course of his visit to our part of Ireland Congressman Neal spoke of the Planter and the Gael. Now way back in the day one of my Adams ancestors was almost certainly a Planter.

So I have a certain connection with that term. Although I am avowedly a Gael I have no wish to ignore my roots.  We all have to come from somewhere. Indeed, I would love to have the time to delve into my Planter history.

He was talking at that time about his hopes of an outcome to negotiations.

He used the same term again in 2006 when a deal was put together.

"I hope that the sons and daughters of the Planter and Gael have found a way to share the land of their birth and live together in peace," he said.

I liked Peter’s remarks at that time. I still do.  I saw his use of Planter and Gael as being well intended. Like Richie Neal’s comments.

I was puzzled then last week to learn that some unionist leaders had taken umbrage at Richie. They claimed the Planter term was offensive. Maybe in a different context they might have a point. But if they didn’t take the needle at Peter Robinson why be offended by Richie Neal?

All of us who live here should know by now that this is where we all belong. This is our home. Wherever we came from this is now our native land. So we should make the most of it and make this the best place it can be, inclusive of all of us.

Poets John Hewitt and John Montague did that very well in a series of readings they conducted across the North in November 1970. The poems they read were published by the Arts Council.

They are available at https://wakespace.lib.wfu.edu/bitstream/handle/10339/95550/Planter_and_the_Gael.pdf?sequence=1

I recommend them. I am a fan of both John Montague and John Hewitt. In this collection both poets explore their experiences of Ulster and the tradition which shaped their verses.  As the Arts Council introduction says: “The two bodies of work complement each other…”

Much like we should do. Unless we want to be separate. Unless we believe in division. No sensible person would want that surely? It is much better to live in harmony and equality with a benign tolerance for difference.

As Peter Robinson said:  "I hope that the sons and daughters of the Planter and Gael have found a way to share the land of their birth and live together in peace,"

Let’s get on with it and make that happen.

Natasha Butler’s grandfather Paddy was killed by the British Army on the evening of 9 July 1972. He was one of two adults and three children shot dead during the Springhill/Westrock massacre. The 50th anniversary of this event will take place in five weeks.

This week, Natasha posted a video asking the public to support a sponsored walk by the Time for Truth campaign which is being held on Saturday morning, June 4. The walk will take place on the National Trust land on the Black Mountain and Divis Mountain.

The aim of the walk is to raise public awareness around the British government’s current efforts to pass legislation in the British Parliament that will protect British Army and RUC personnel responsible for the deaths of over 700 people. The law, which has been branded a Bill of Shame by victim’s relatives, will make it virtually impossible for victims and their families to secure truth.

In her video, which is available here; https://www.youtube.com/watch?v=5K1qOmb0sUU, Natasha says:

“My name is Natasha Butler. My grandfather Paddy Butler was 38 years old when he was shot dead by the British Army here in Springhill in July 1972, along with 3 local teenagers and our parish priest. My mother was only 20 months old at the time.

For 50 years my grandmother, my mother and now myself, have fought to have the truth told about what happened during the Springhill/Westrock Massacre.

The British Government are now telling those Legacy Families who are still waiting for their Inquest dates that they have no right to the truth.

No right to justice.

To them, we are irrelevant. We are invisible.

I and the other Legacy families will never accept this.

This Saturday the 4th June the Time for Truth campaign will hold sponsored walks along Divis Mountain to raise funds to help continue our campaign for truth and justice.

I do not want my children to have to carry on this fight. We have all suffered long enough. It MUST stop here, with my generation.

I am asking you to help us keep the pressure on the British government. We need your help for this campaign.

So please, walk for Time for Truth, walk for the Legacy families or sponsor someone who will.

Stand with us as we tell the British Government that we are not invisible.

Stand with us as we tell the British Government it is not invincible.

Walk for Time For Truth this Saturday 4th June.

Thank you from us all.”

There are walks of varying length and difficulty to suit everyone from the occasional rambler to experienced hiker.

Stage 1 The Summit Trail – 3 miles
Stage 2 The Ridge Trail – 4.2 miles
Stage 3 Both trails combined – 7.2 miles
If you cannot join the walk, you can still play your part. Collect sponsors for those who will be walking.

On a quiet summer’s evening in July 1972 British soldiers shot dead Fr. Noel Fitzpatrick as he went to administer the last rites to the dead and dying. 38 year old Paddy Butler died after he was hit by the bullet that killed Fr. Fitzpatrick. 19 year old Martin Dudley was shot in the back of the head by a second British Army sniper and seriously wounded as he got out of a car.

17 year old John Dougal was shot dead and his friend Brian Pettigrew was seriously injured as they tried to assist Martin Dudley. 13 year old Margaret Gargan was shot dead by another British Army sniper. And 15 year old David McCaffrey was shot dead as he tried to pull Fr. Fitzpatrick and Paddy Butler out of the line of fire.

The British propaganda machine immediately went into action and, as they had done the previous August in Ballymurphy and in January in Derry after Bloody Sunday, the British Army branded those they had murdered as "gunmen" killed during a gun battle with the IRA.

The local community and the families knew that there had been no gun battle. They knew that no one had fired at the British Army. But in the media reports the lie was told, and repeated.

The Springhill/Westrock Massacre inquest is part of the series of legacy inquests that are being held. The Springhill/Westrock families and their legal team hope it will be listed before the end of April 2023 and are pressing the Coroner’s office to list it for a preliminary hearing. However, the British government’s Bill of Shame now places a concern over this.

The Springhill/Westrock Massacre families are to be commended – like those hundreds of others in similar circumstances - for their courage and resilience in the face of British government intransigence and efforts to cover-up the violent and criminal actions of its forces.