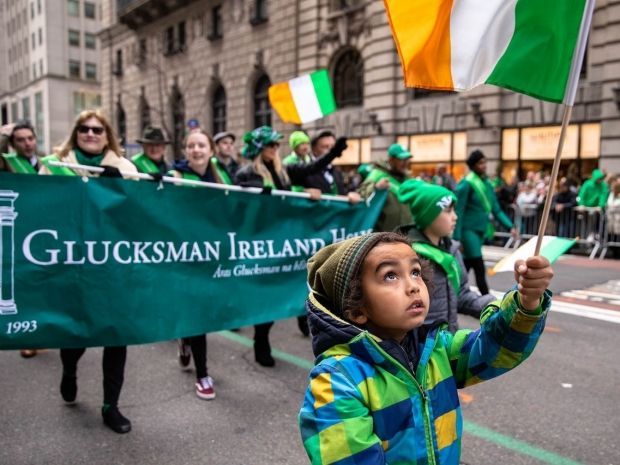 New York University's Glucksman Ireland House will present a public online interview with Debo Patrick Adegbile, jurist and commissioner of the United States Civil Rights Commission, this on Monday, May 23.

Adegbile, an NYU alumnus, will be interviewed by NYU historian Miriam Nyhan Grey and introduced by NYU Gallatin sociologist Kim DaCosta. The interview will take place on Zoom from 1-2 p.m. (EST).

Adegbile is the son of Nigerian and Irish immigrants to New York City.

In 2016, he was appointed by President Barack Obama to the U.S. Civil Rights Commission. He is a partner at Wilmer Cutler Pickering Hale and Dorr, LLP, a position he has held since 2014.

From 2013 to 2014, Adegbile was senior counsel to the chairman of the U.S. Senate Judiciary Committee. Prior to that role and for over a decade he held a number of leadership roles at the NAACP Legal Defense and Educational Fund, Inc., including acting president and director of litigation.

Adegbile received a B.A. from Connecticut College and a J.D. from New York University School of Law. He was a child actor on the children's television show Sesame Street during the 1970s, playing the character Debo and performing in episodes for almost a decade.

Black, Brown and Green Voices represents a documentation strategy and public humanities initiative which aims to amplify the diversity of the Irish diaspora by presenting interviews on Black Irish experiences in the U.S and beyond.

The project director is Miriam Nyhan Grey who has been based at New York University since 2008 and is a founding board member of the African American Irish Diaspora Network.

Registration is required in order to receive the Zoom-log in details for the webinar. This program is free and open to the public. More at https://as.nyu.edu/content/nyu-as/as/research-centers/irelandhouse.html