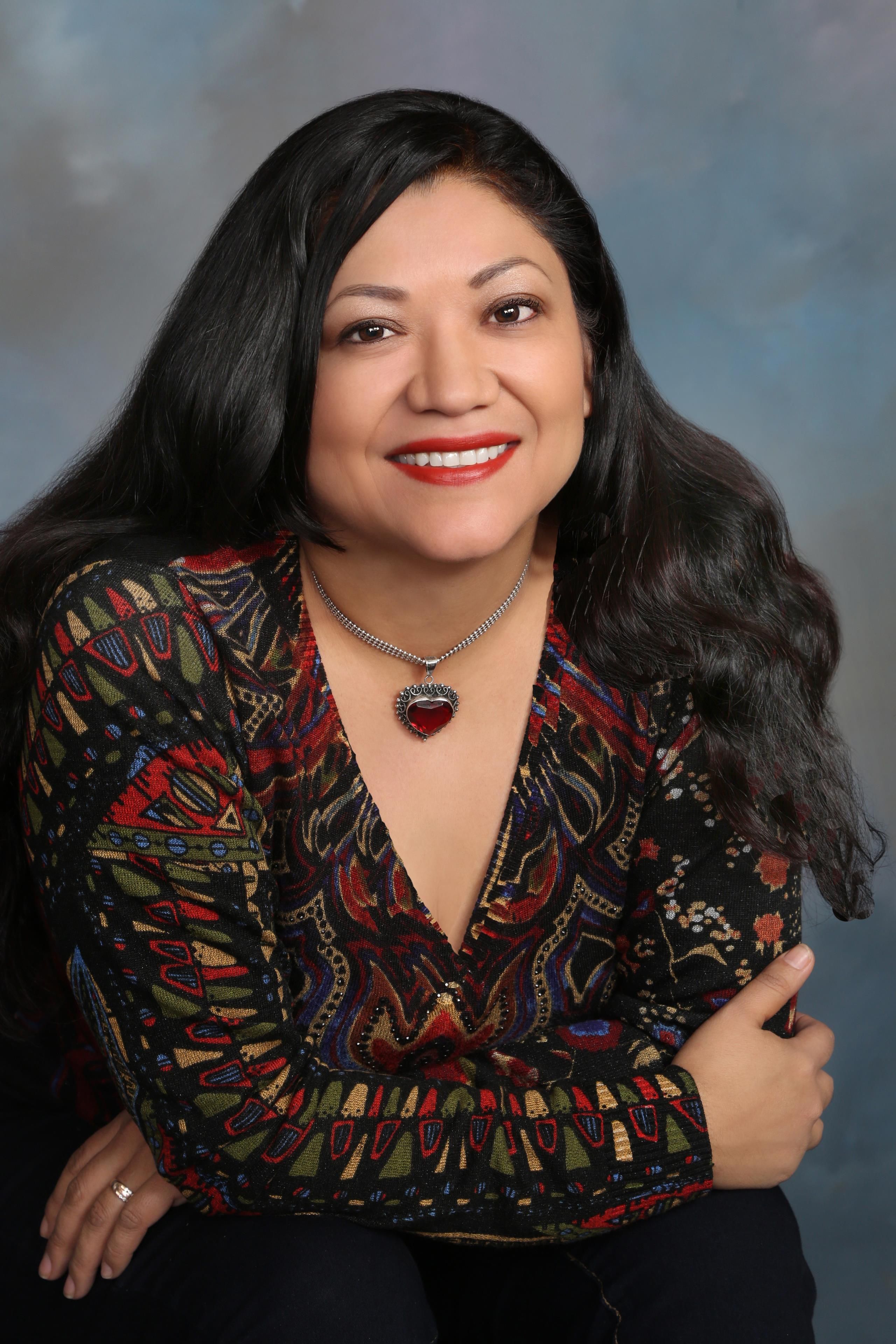 Reyna Grande read an excerpt from her historical novel, “A Ballad of Love and Glory,” set during the Mexican- American War and inspired by the events surrounding the San Patricio Brigade.

Irish American Writers & Artists’ March virtual Salon, effortlessly led by California songwriter and playwright Lori Cassels, gathered a wonderful and diverse group of musicians, poets, authors, and filmmakers to showcase their talents from across the country.

Multi-genre harpist Abbie Palmer started the evening playing her song “Oh Karen’s Welcome” followed by her adaptation of W.B. Yeats’s “Fanny Power.” She specializes in traditional Celtic and renaissance music; however, she is not shy about fusing other genres when performing and collaborating. Abbie has four full-length albums, on one of which she is joined by her mother who is also a professional Celtic musician.

Larry McLaughlin, passionate historian and educator in clean energy at colleges and universities, delivered a descriptive, fantastic Christmas piece, “A Quiet Christmas in Dingle” inspired after several stays on the Dingle Peninsula and the Connemara region. These experiences were a big of Larry’s inspiration to write about Irish history. His latest novel, “The Four Kings of Ireland,” is written about sixty years of war, murder, and betrayal that set Ireland on course to become a divided land.

Poet and artist Rosaleen Crowley, whose Irish heritage inspires so much of her work, began by sharing a beautiful poem from her second book “Point of Reflection” speaking of the emotional process of poetry writing. Her word immersed the audience in the feelings she experienced through the process. Rosaleen often references home and culture and utilizes them as recurring themes in her trilogy pieces, “Point of Connection,” “Point of Reflection” and “Point of Perception.” Her poetry allows the reader to explore a sense of time, place, and space.

Paul Belford, a New York native now living in Washington DC, saw his work “The Swampoodle Trilogy,” which follows the Irish community in Baltimore and Washington area from the Great Famine period to the 1990s, performed by actors Maria Deasy and Annalisa Chamberlain, with Paul reading alongside them. The scene was taken from the second book in the trilogy, “St. Patrick’s Day - A Love Story.”

Maria, who played the matriarch-in-chief of the Riley clan, Mary Riley, was the winner of the Bairbre Dowling Spirit of the Festival Award and Best Actress nominee at Origin Theatre’s 2019 1st Irish Festival. The New Jersey native, who is also a writer, producer, and President of the Irish American Writers & Artists, has recently written and performed with Italian screenwriter Deborah Belford de Furia in “Together Apart,” a collection of 10 mini-musicals conceived by Grammy winner Lisa Loeb.

Annalisa played the part of daughter Mary Kate, who is reconciled with Mary after a 14-year separation. She is an actor, musician and dramaturg. The New York native Annalisa has appeared in multiple arenas, including theater, independent film, commercials, and in print. She has contributed her original music to many theatrical collaborations and has served as the director, sound designer, principal actor, and composer in John Kearns’s theatrical piece “BOANN and the Well of Wisdom.” Annalisa can be seen in the short film “In Defense of Civil Society,” which was an official selection at the Diversity in Cannes film festival in 2021 and is now screening at Flickfair - its seventeenth festival since its release in 2020.

The dynamic California-based guitar/bass duo Billie and Pat Duffey delighted us with two songs, “Celtic Cross” and “Contemplation.” They are both members of several California bands, the Sheets and Bad Ass Boots to name a few.

Originally from Guerrero, Mexico, author of the bestselling memoir “The Distance Between Us,” author Reyna Grande read an excerpt from her historical novel “A Ballad of Love and Glory” set during the Mexican- American War and inspired by the events surrounding the San Patricio Brigade. She will release a new book in June titled, “Somewhere We Are Human: Authentic Voices on Migration, Survival and New Beginnings,” an anthology by and about undocumented Americans.

Author John Ross debuted at this Salon with his novel “Hunting Teddy Roosevelt” which won the Independent Distinguished Favorite award for historical fiction. His debut mystery novel “Coldwater Revenge” won the Firebird Book Award for legal thrillers. He read an excerpt from his second book in the Coldwater Mysteries series, “Coldwater Confession,” which is scheduled for release this month.

Our event’s final presenter was Kelly Candaele. Writer, filmmaker, organizer, and elected official in Los Angeles, Candaele has written for the Los Angeles Times, the New York Times, the Nation magazine, and other national publications. He has covered the Northern Ireland Peace Process for the Los Angeles Times and has written for Irish America magazine. Kelly has produced and directed multiple documentary films. One is the story about his mother’s years as a professional baseball player in the 1940s titled, “A League of Their Own.” Kelly Candaele concluded our night with a showing of his short documentary “St. Kevin and the Black Bird” at the Wilshire Grand construction site in Los Angeles.

An IAW&A Salon would not be complete without our very own Malachy McCourt, wrapping up our event with a song, inspirational words, and a call to do more as writers and artists. Sing the song, write the story, dance if you have to, just enjoy yourself and go for it!The next Irish American Writers & Artists Salon will be in person at The Ellington, 2745 Broadway, tomorrow, Tuesday, April 26. For more information visit https://iamwa.org.