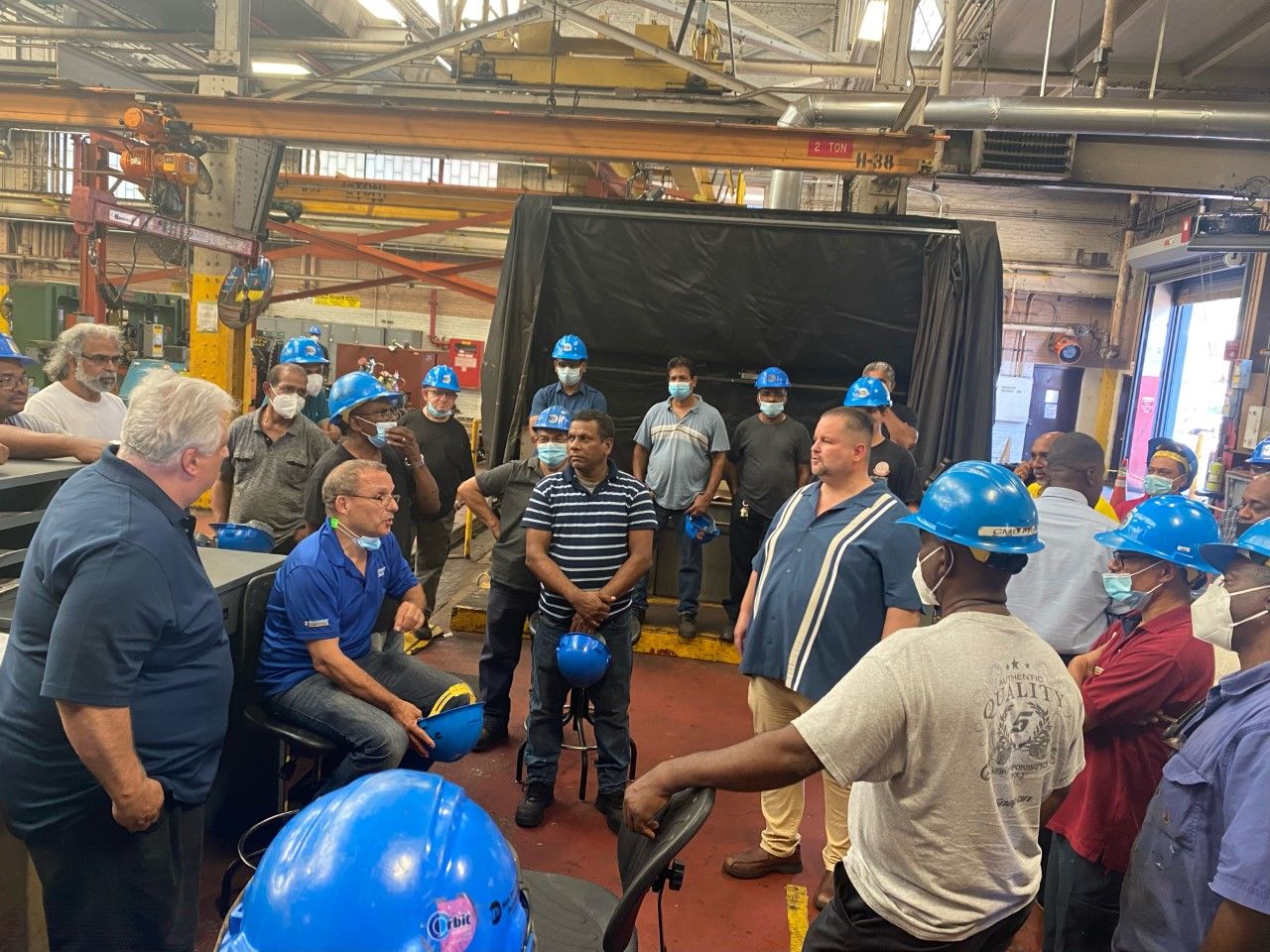 For the first in a series of articles concentrating on Irish-American labor leaders the Irish Echo recently spoke with the International President of the Transportation Workers Union (TWU) John Samuelsen.

Samuelsen heads up the TWU International, the Gerritsen Beach, Brooklyn native having stepped up from his previous title as the President of Local 100 of the TWU in 2017.

The newer title means that the former New York City Transit Authority track worker is now responsible to over 150,000 members working in industries including air, rail, universities, and services.

But with a name like Samuelsen, I had to ask: What is the Irish connection?

“Yeah, on paper I’m American, my name is Norwegian,” Samuelsen said. “So my father’s half Irish, half Norwegian. His roots in Ireland are in Cork. And my mother's like a tweener. She's first generation. She was born in Brooklyn but her older sisters were born in Ireland.“

He adds: “I've maintained relationships with the folks in Derry. I started going there for the first time in my early 20s. Almost like countless times now, and I’ve been blessed enough to have a lot of trade union trips to Ireland, the north of Ireland in particular."

In fact, the Labor Leader describes himself as “perhaps more involved (with his Irish heritage) than any other national trade unionist, except for Terry O’Sullivan,” President of LIUNA (Laborers International Union of North America).

The most visible demonstration of that involvement is the part that Samuelsen played in bringing the Áras Uí Chonghaile - James Connolly Visitor Centre - to Belfast in 2019.

“First and foremost,” Samuelsen told the Echo, “we invested money to launch the project, the TWU International and also Local 100, which I was president of at the time.”

“So," Samuelsen explained, “we invested not only because it is good trade unionism but because it was Connolly himself who was a direct link to the TWU in America.”

“That direct link is the philosophy of industrial trade union organizing.”

Samuelsen continues: “I think many Americans view Connolly, and rightfully so, as a revolutionary in the Rising and I recognize the incredible power of that, but for me, it's all about industrial organizing and worker power. So it's very much a trade union (issue), his trade union connections for me are as important as the Irish Republican elements of Connolly.”

The link between Connolly and trade unionism in New York was exemplified by Mike Quill, a founding member and first President of the Transport Workers Union, who served in that capacity from 1936 until his death in 1966.

Samuelsen counts himself as a great admirer of Quill, and believes that Quill’s IRA background played a big role in the Keryman’s ability to organize New York City transit workers when others before him had failed.

Samuelsen believes that, “it was that Irish Republican mentality, Irish Republican philosophy that Quill and the early founders of the TWU utilized to actually organize the subway and bus system in New York City, which had previously been disorganized.”

Faced with opposition from the Pinkertons and “goon squads” Quill and his former revolutionaries did not flinch, Samuesen contends, “because they had already been in a war against the Black and Tans and the British Army.”

Samuelsen and his fellow current labor activists may not be up against the Pinkertons but the decades since Mike Quill have seen a precipitous drop across the United States in union membership and labor influence, although Samuelsen sees some signs that the tide may be turning.

Samuelsen cites the battle for federal stimulus money which recently has seen the Metropolitan Transit Authority (MTA) receive a Six Billion Dollar grant from the government, saying “it absolutely would not have happened without the Trade Union Movement.”

Samuelsen lists payroll protections and prohibitions against stock buybacks as items that would not have been included in the COVID relief programs without the input of Organized Labor.

Samuelsen credits politicians like New York Senator Chuck Schumer and his colleagues in Congress, Sherrod Brown, and Nancy Pelosi, among others, for working with the unions to secure that stimulus money, but, in the tradition of Mike Quill, Samuelsen embraces the word militant to describe today’s TWU.

“I don't think it's any secret, at least amongst my own members, that I rode into the leadership of the national union because of my willingness to fight and lead fights. I don't consider myself and the leadership around me wild men by any means,” Samuelsen notes.

“We know what pragmatism is. But we also know when to fight back. And we've made a lot of gains simply because we have the audacity to fight and fight wisely.”

Samuelsen said that he is honored to be the chair of the Rockway Parade and so when he steps off at the head of the Queens County Parade on March 5th there will be no need to check his Irish-American bonafides.

“I did the DNA thing,” Samuelsen told the Echo. “And it's accurate to the point where the concentration of my DNA is from Cork, and Northwest Ireland, like Derry, Donegal. I'm over ninety percent Irish by DNA.”