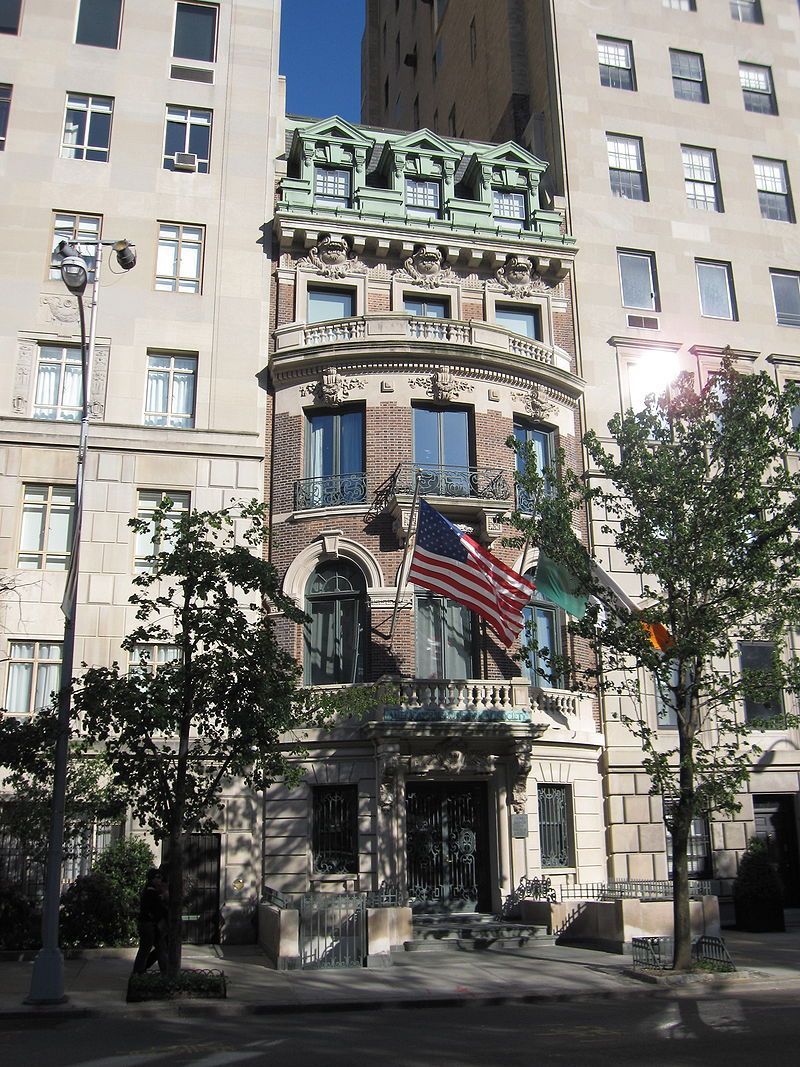 ON THE MOVE? Retired NYPD Detective Brian McCabe has given both barrels to proposals to move the AIHS headquarters to Ostego in Upstate New York

Reports that the beleaguered American Irish Historical Society has lost key board members and elected the son of Irish President Michael D. Higgins, also called Michael D. Higgins, to its top office, has been met with a blistering response by former AIHS chairman Brian McCabe.

"We have every confidence the Attorney General's office will see through this desperate and tone-deaf attempt to pursue a self-interested plan totally rejected by tens of thousands of concerned Irish-Americans," McCabe told the Irish Echo.

A wee update on our Petition to Stop the Sale of the American Irish Historical Society today on the week of #StPatricksDay2021 The exposing article by @DanBarryNYT is on the front cover of today’s @nytimes ☘️ you can watch my full video here: https://t.co/kVRwTXBM13 pic.twitter.com/9hNINoOBn6

Over the past year, the retired NYPD Detective led a barnstorming campaign to have the Attorney General Letita James step in to halt plans by the AIHS to sell its palatial Fifth Avenue headquarters. After garnering support from across the entire spectrum of Irish America, that appeal led to the Attorney General  opening an investigation into the proposed $50m sell-off.

"Any move off of Fifth Avenue is unacceptable," McCabe added, "and the welcome, albeit late, departure of more Board members indicates an immediate need for the AG to step in, suspend this dysfunctional Board, and install an appropriate one with community and mission interests as their guiding principles."

One of my fav #Succession touches is that Logan’s 5th ave mansion is the American Irish Historical Society. pic.twitter.com/iduPuJFgqY

Among the groups backing the drive to keep the building in Irish American hands are actor Liam Neeson, the entire membership of the American Irish Legislators Society in the New York State Legislature and Irish Foreign Affairs Minister Simon Coveney.

Over the weekend, it was revealed that four members of the AIHS board had resigned in protest at plans to move the 125-year-old organization to Otsego County in Upstate New York while Michael D. Higgins Jr. had been elevated to the position of President-General.