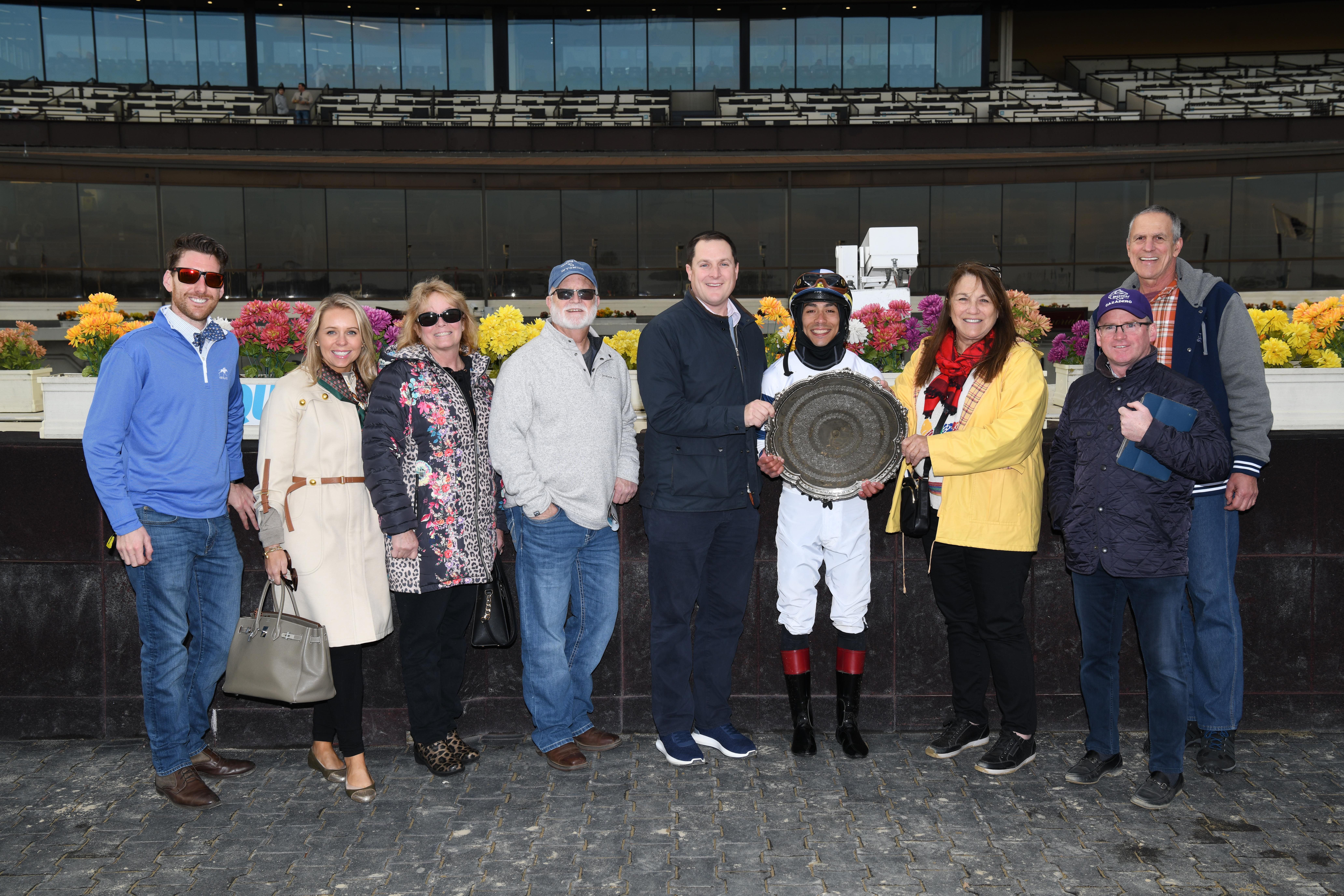 Temple City Terror was purchased recently at auction in Kentucky for $600,000 off a win in the Grade 3 Dowager at Keeneland and she paid a dividend for Town and Country Racing by winning the Grade 3 Long Island at Aqueduct on Friday.

The Brendan Walsh trainee rallied under Jose Ortiz to score by one and one-half lengths in this 11-furlong feature over firm turf. She paid $3.30 to win. The winner’s purse of $165,000 pushed Temple City Terror’s career bankroll past $860,000.

Walsh has had the 6-year-old mare in his care throughout her racing career. She debuted in January 2019 and needed 10 starts to get her first win that November. She has now knocked off her first two graded stakes wins in the last five weeks.

"She’s a barn favorite and you have these horses for so many years and you become very attached to them as do all your staff,” Walsh said. “She’s a credit to all of them as much as me. They’ve done a great job with her to keep her going and stay sound for this long.”

Shannon Potter of Town and Country suggested that Temple City Terror’s days in the broodmare pasture might be put off.

“She showed us today that she’s not done,” Potter said. “We’ll continue to see what happens. Running her as a 7-year-old is not out of the question now. Brendan’s team has done a wonderful job with her. All the credit goes to them.”

James Graham has been a bit slow to get untracked at Fair Grounds, where he is defending his title as leading rider. He got his first win of the current meet on Thursday aboard Surveillance in the $175,000 Thanksgiving Classic Stakes, a six-furlong sprint on the main track. The 5-year-old gelding got up by one-half length after a sustained rally. He paid $10.80 to win.

Graham came back to win a pair on the Sunday card in New Orleans. He scored on Rubiana in the fifth race for a $10.40 mutuel payout and made it two in a row in the sixth aboard Machine Gun Man, which paid $43.20 to win. The Graham double returned $103.60 for $2.

Eoin Harty has had a quiet year but maybe he’s ready to shake things up a bit. He won the featured eighth race on the Opening Day card at Tampa Bay Downs on Wednesday with Godolphin’s Remuda. When last seen, Remuda was breaking her maiden in late April at Tampa, running long on the lawn in her second career start. She was back at the races last week, only she was sprinting on the main track. That mattered little to her as she pulled away to win a first-level allowance/optional claiming race by seven lengths under Jesus Castanon. She returned $15.20 to win.