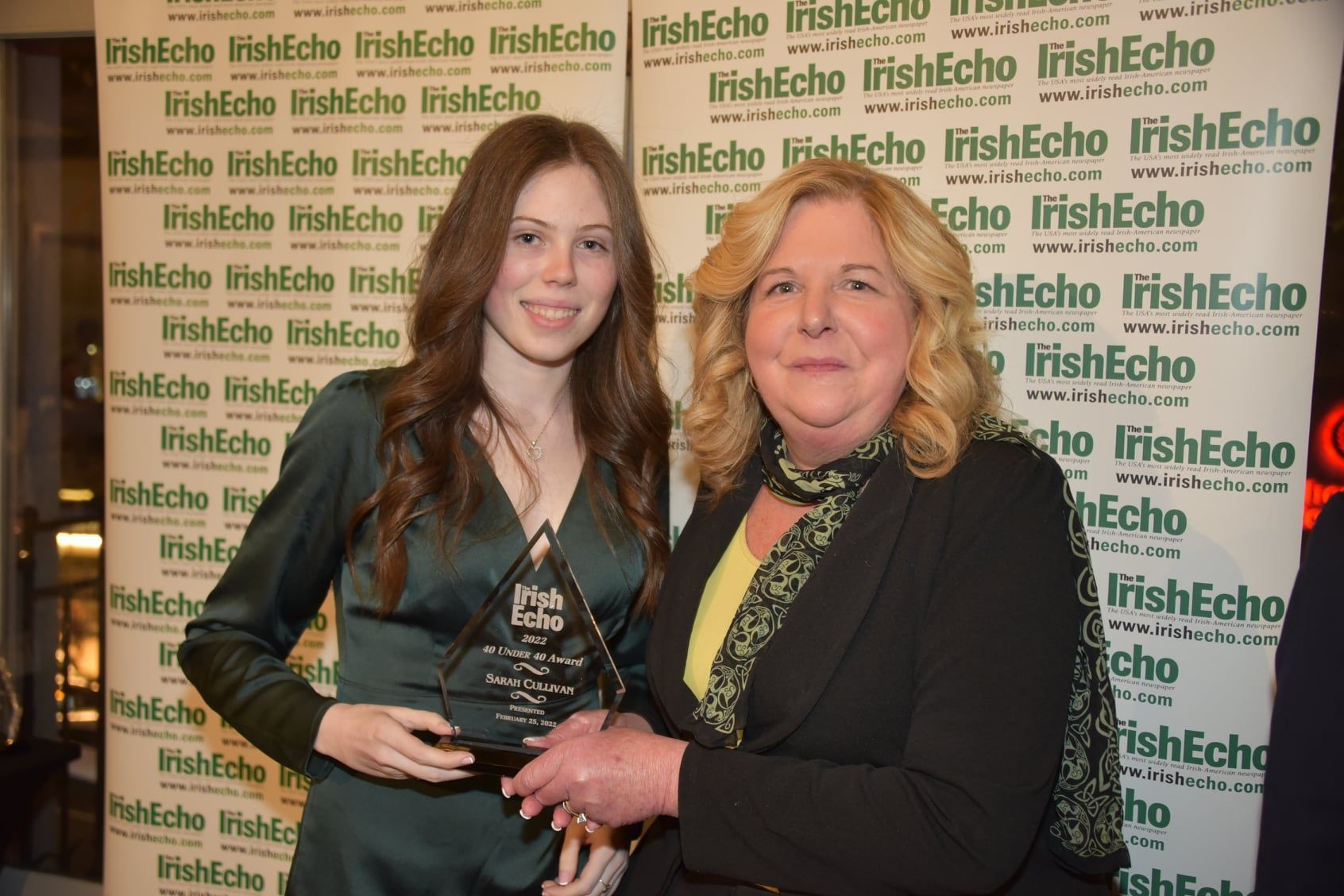 Last call for young guns as 40 under 40 deadline looms

Time is running out for the new generation of Irish American leaders to be listed on the prestigious Irish Echo 40 under 40 listing.

Each year, our editors select two score of Irish America's young guns to grace the 40 under 40 roll of honour, with honourees coming from right across the United States.

With nominations closing on 1 December, just days remain to nominate the best and the brightest of Irish America. The hugely popular event is a celebration of Irish and Irish Americans who have distinguished themselves in their respective fields of work before reaching the age of forty.

This year's 40 under 40 celebration in New York's Manhattan Club on Seventh Avenue will be addressed by Congressman Jamaal Bowman who represents one of the strongest Irish American constituencies in the U.S., taking in swathes of Westchester and the Bronx.

Headline partner in the 24 February event is global IT company Options which has bases in New York and Ireland. The Number One provider of IT infrastructure to global Capital Markets firms, Options has just launched a new recruitment campaign aimed at 20-25 year-olds.

The 16th annual awards bash will be marked by the publication of a special online and in-print brochure including bios of all 40 honourees.

Our Top 40 Under 40 will spotlight the up-and-coming leaders of Irish America from around the nation who work in a variety of fields and occupations.

Great to hear from @colgan_sophie on the sale of the American Irish Historical Society and why it must be stopped!

IAW&A stands completely against the sale and would love if our members could take two minutes to sign the petition: https://t.co/2ZMawUuCw1@IrishEcho #40Under40 pic.twitter.com/XV563hnyJJ

In 2020, the 40 gala just sneaked under the wire before Covid hit and in 2021 was held online only (see below) returning to its traditional haunt of Rosie O'Grady's in New York last year. Since 2008, 600 up-and-coming Irish Americans from every corner of the nation have been honoured.

If you know of a high-achieving Irish American whose endeavours deserve recognition, you can nominate online now.