Home Ireland struggle in home and away friendlies 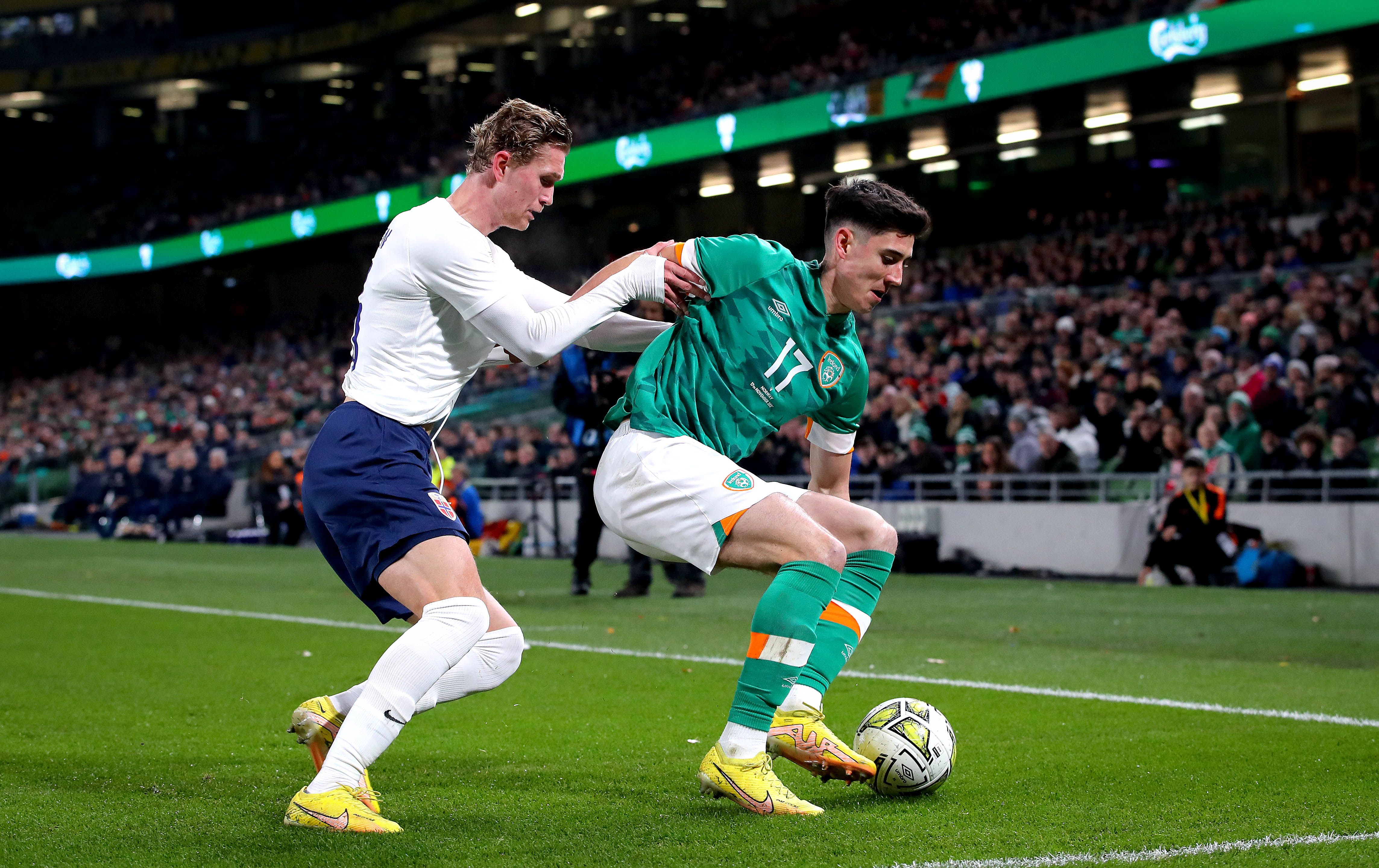 Ireland’s Callum O'Dowda and Ola Solbakken of Norway in action at the Aviva Stadium on Thursday. Inpho/Ryan Byrne

Ireland struggle in home and away friendlies

We have had poor Irish teams in the past and some poor managers. Now I think we have a very average team and a manager in Stephen Kenny whose critics claim is out of his depth. I’m willing to give the manager a few more games to try and prove the doubters wrong. Kenny has got the team playing attractive football, but we are struggling to score goals and win games. On Thursday last the Republic of Ireland were beaten 2-1 by Norway  in a friendly at the Aviva and then on Sunday, the team struggled to beat Malta — a team ranked 168th in the world — 1-0 in a friendly in Valletta. Sunday’s game coincided with the start of the World finals in Qatar and honestly I think that is the nearest we are going to get to a World Cup final for a long time.

But first there is the 2024 European Championships and Kenny now has four months to try and think of some way in which he can motivate his team before we play France in the opening game of the European Championship qualifiers at the Aviva on March 27. Kenny probably did learn two things from last week’s games. Callum O’Dowda, who was recalled to the team after a two-year absence, is worth another run on the left side; he started against Norway and was impressive and he also showed some nice touches on Sunday when introduced as a second-half sub.

Jamie McGrath, who played under Kenny at Dundalk, was also recalled. The person who picked the Irish Man of the Match was former Irish defender Stephen Kelly, who was co-commentator on RTE and really it was an easy task for Kelly as McGrath was the only player on the pitch who showed any urgency. Former Liverpool player Didi Hamann was on the RTE panel on Thursday night and he branded the first half performance against Norway as “pathetic.” Hamann was probably on World Cup duty on Sunday and I wonder what adjective he would have used to describe the Irish performance, maybe abysmal.

Callum O’Dowda was the only bright spare in the first half at the Aviva as he ran at the Norwegian defence, but we never got a shot on target in that first half. Norway took the lead in the 40th minute when Ostigard scored with a glancing header from Odegaard’s corner. Alan Browne had Ireland level on 69 minutes when he controlled a clearance and shot low from just outside the penalty area. But in the 85th minute Nathan Collins’ headed clearance fell to Norwegian sub Omoijuanfo and he shot low past Gavin Bazunu.

On Sunday night Kenny started Meath-born midfielder McGrath, who was out of favor for 12 months as he could not get first team football at Wigan. But a move back to Scotland and Dundee United seems to have given the player a new lease of life and he was excellent. However, two of his first-half free kicks were poor, with the efforts going much too close to the goalkeeper when he needed to find an Irish head. The only goal of the game came in the 55th minute when Callum Robinson took advantage of a mix up in the Maltese defense, rounded the goalkeeper and rolled the ball into the net. Late in the game, after a great run, O’Dowda saw his shot come back off the goal post.

In the 85th minute former Northern Ireland under 21 international Mark Sykes made his debut for the Republic when he replaced Robinson. Sykes, who plays for Bristol City, is the first Belfast-born player to play for the Republic of Ireland in 76 years.