Home Culture EATING IN IRELAND: Those Were the Days 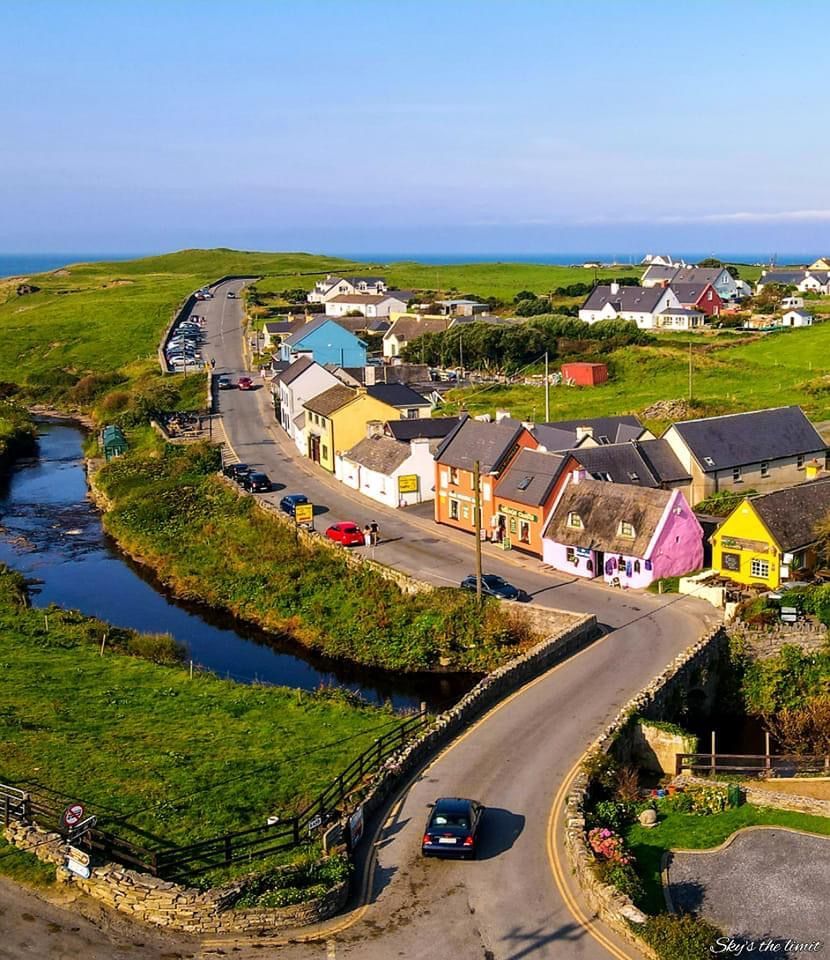 EATING IN IRELAND: Those Were the Days

If you’re reading this, chances are you love Ireland. Chances are, too, that you’re a member of one of the many Facebook groups devoted to it: “The Wild Atlantic, “My Heart is in Ireland,” and “Forgotten Ireland” to name just a few. Most involve postings from locals showing beautiful natural scenery, colorful villages, and friendly animals (I personally enjoy two from Donegal, Iggy, a much-photographed border collie from Falcarragh, and George, an amusing pet pig who roams his farm in search of treats like watermelon and bananas)! In pre-pandemic times, visitors posted some of their best vacation photos, including lovely meals in traditional pubs and, of course, pints of Guinness galore. If you love Irish food and are amused at how it’s changed over the last 50 or more years, you’ll enjoy this post from “Forgotten Ireland”:

PASTA had not been invented; CURRY was a surname; a TAKEAWAY was a mathematical problem; a PIZZA was something to do with a leaning tower; BANANAS and ORANGES only appeared at Christmas time; all CRISPS were plain, the only choice we had was whether to put the salt on or not; a CHINESE CHIPPY was a foreign carpenter; RICE was a milk pudding, and never, ever part of our dinner; a BIG MAC was something we wore when it was raining; BROWN BREAD was something only poor people ate; OIL was for lubricating, FAT was for cooking; TEA was made in a teapot using tea leaves and never green; CUBED SUGAR was regarded as posh; only HEINZ made beans; FISH didn't have fingers in those days; eating RAW FISH was called poverty, not sushi; none of us had ever heard of YOGHURT; HEALTHY FOOD consisted of anything edible; people who didn't eat POTATOES were regarded as crazy; INDIAN RESTAURANTS were only found in India; COOKING OUTSIDE was called camping; SEAWEED was not a recognized food; KEBAB was not even a word, never mind a food; SUGAR enjoyed a good press in those days and was regarded as being white gold; PRUES were medicinal; Surprisingly MUESLI was readily available, it was called cattle feed; PINEAPPLES came in chunks in a tin, we had only ever seen a picture of a real one; WATER came out of the tap, and if someone had suggested bottling it and charging more than petrol for it, they would have become a laughing stock. Those were the days!

If you still yearn for those bygone days when sausage was more popular than sushi or seaweed and potatoes more beloved than pasta or pizza, you’ll love this version of traditional Dublin Coddle. It comes from Tommy Moloney’s, a U.S.-based producer of Irish meats including sausages, rashers and other traditional specialties (www.tommymoloneys.com). You can use any of their flavorful sausages — Irish stout and onion, hot Irish whiskey and wild herbs, or breakfast sausage — in this recipe.

SAUSAGE CODDLE
Serves 8
1 pound sausages
1/2 pound back rashers
2 medium onions, thinly sliced
3 to 4 medium carrots, peeled and chopped
4 large potatoes, peeled and sliced
Ground black pepper
1 cup beef stock or low-sodium beef broth
1 1/2 cups Irish stout
1/2 cup heavy (whipping) cream
1.Preheat oven to 325ºF.
2.In a large skillet or grill pan over medium heat, cook sausages for about 5 minutes, turning frequently, or until browned. Remove; cut into 4 pieces. In the same skillet, cook bacon for 5 to 7 minutes, or until cooked through. Cut into slices.
3. Arrange onions on the bottom of a 9-x13-inch ovenproof casserole dish. Arrange one third of carrots and one third of potatoes on top. Arrange one third of sausage and bacon over potatoes. Repeat layers, sprinkling each with pepper.
4. In a medium saucepan, heat stock and beer; pour over casserole.
5. Bake for about 1 1/2 hours, or until vegetables are tender.

Margaret Johnson’s “Recipes” page now includes “Ireland Hopping: Adventures in Food, Drink, and Travel.” For further details on her work, including how to order her new
cookbook “Teatime in Ireland,” visit www.irishcook.com