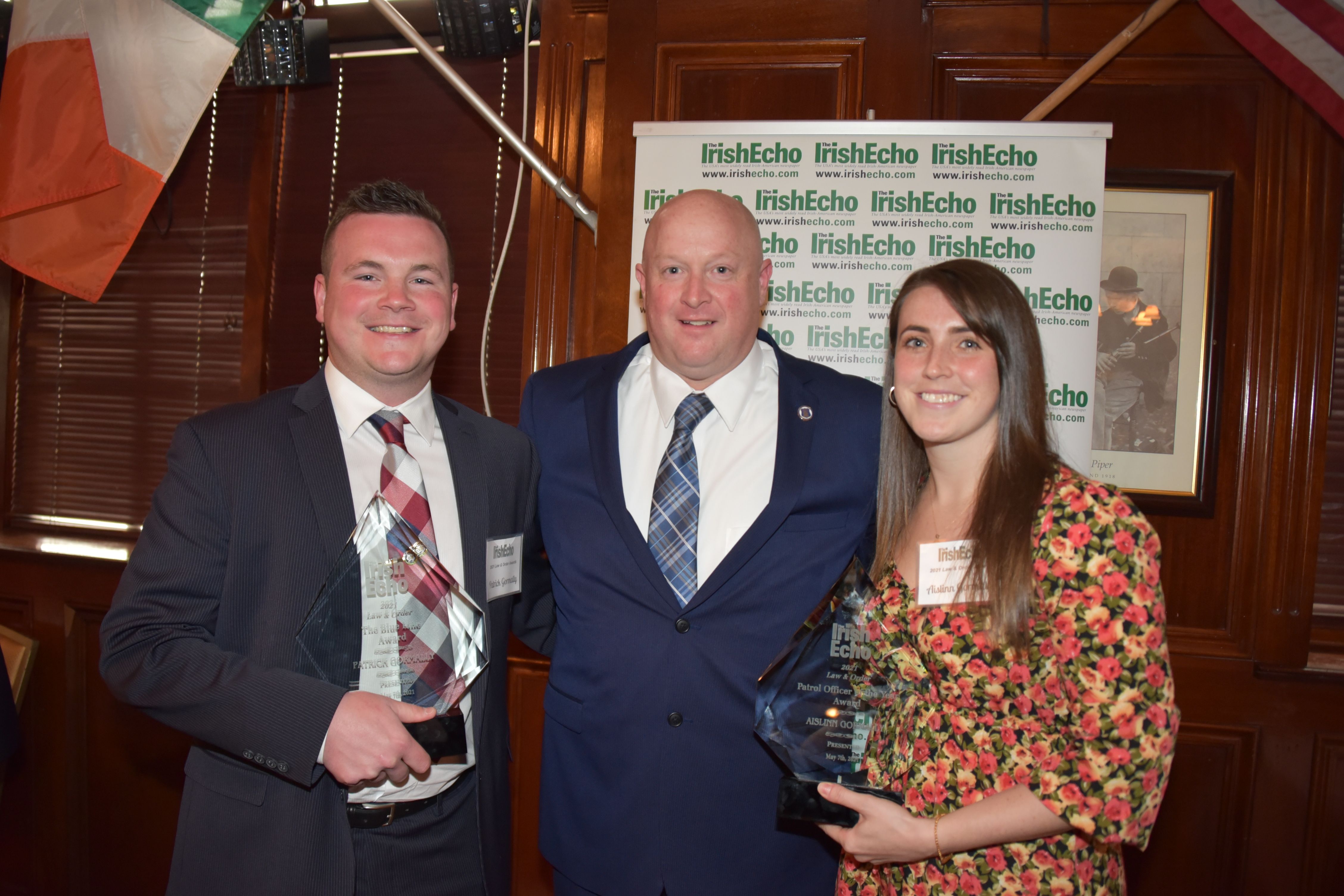 The search is on the for the 2022 cohort of Irish Law & Order Leaders — with a special emphasis this year on female officers.

The 14th annual awards ceremony is set for the Manhattan Club at Rosie O'Grady's on Friday 21 January  — and already nominations for law and order leaders from across the US have been streaming in.

Among the high-profile nominees are Thomas Mungeer, President of the Police Benevolent Association of the State Troopers of New York and John Mueller, Police Commissioner at Yonkers P.D. However, only three per cent of nominations are for women involved in the law and order professions. And that, says Irish Echo Editor Ray O'Hanlon, doesn't reflect the changing face of police services across the U.S.

"In the 36,000-strong NYPD, almost 20 per cent of officers are female so we would like to set the bar at least at one in five of our honorees being women," he said.

"We know of many prominent, professional Irish American women in the field of Law and order across America and want to see them being put forward for inclusion in the 2022 listing. The Irish Law & Order Awards have been a showpiece in the Irish American calendar for a decade and more but it's vital they reflect these changing times."

Among those eligible for nomination alongside police officers are Department of Corrections officers as well as Secret Service and FBI agents and police officers. Special awards will be presented in the following categories:

You can nominate online now.

DOC’s own Capt. Miller was honored for his hard work and community contributions at the 2020 Irish Echo Law & Order Awards. #BeyondBold pic.twitter.com/Jh92shJD0J