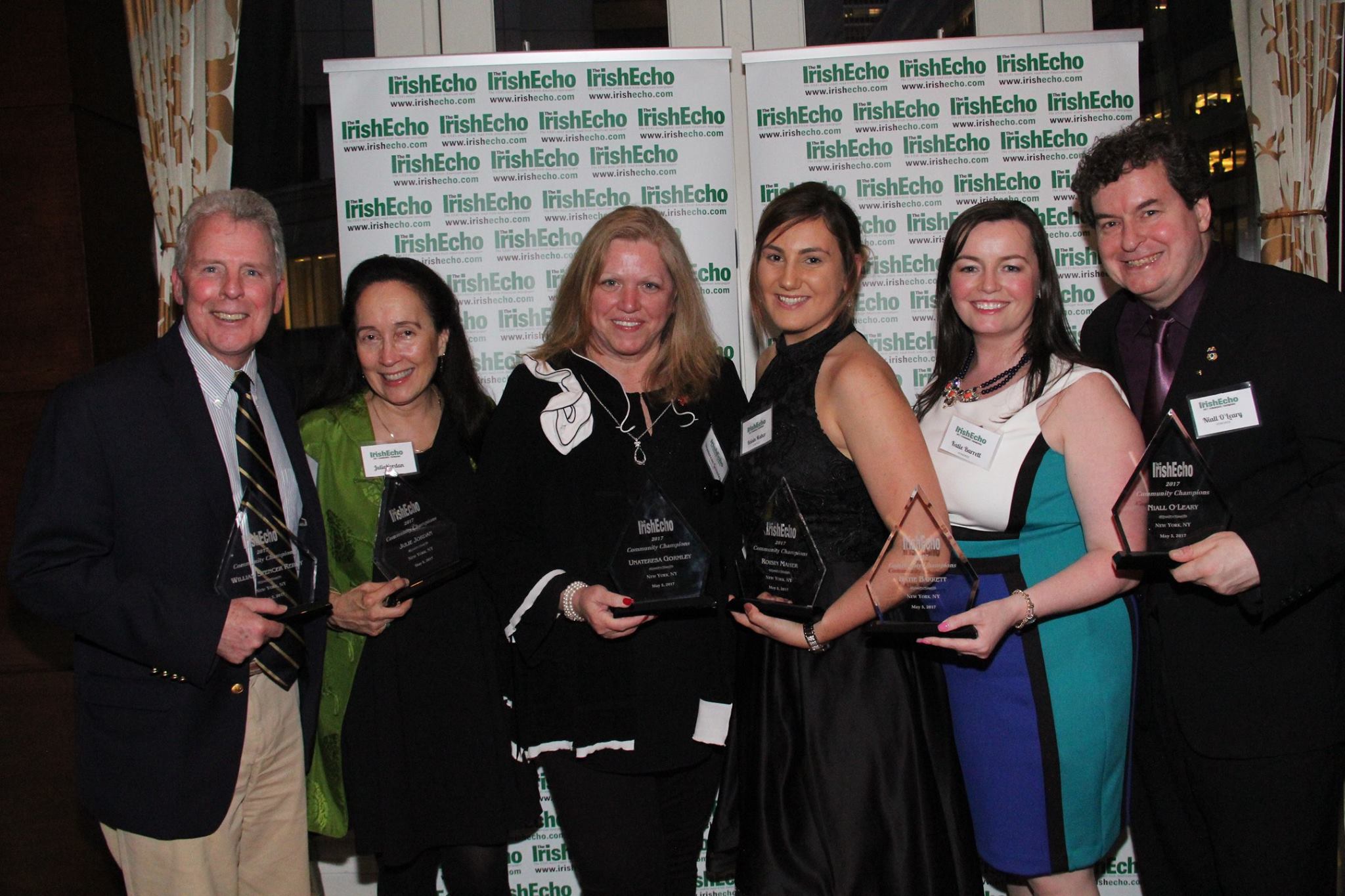 COMHGHAIRDEAS: Some of the Irish Community Champions class of 2017 with their awards

Campaigners leading the fight to save the Museum of Ireland's Great Hunger in Connecticut will be among the community heroes recognised at the 2021 Irish Echo Community Champions Awards.

Former Quinnipiac University VP Lynn Bushnell, who has been an outspoken critic of the closure plan, will receive an Irish Community Champion Medal for her uncompromising commitment to the museum which boasts the most important collection of An Gorta Mór artworks in the world.

"My 25-plus years of work in the public affairs arena informed my approach to saving the museum," she said. "Through collaboration and teamwork with other equally committed and passionate individuals, we believe we can garner greater support and awareness about the museum."

Also to be honored on the night will be retiring New York City Council Danny Dromm who has been a tireless servant of the Irish cause during his tenure in City Hall. Now Chair of the Finance Committee, the Queens' representative has been a beacon for LGBT+ rights through his role in City Hall.

The in-person event will take place in the Manhattan Club, W 54th Street, New York, on Thursday 2 December and tickets are still available.

In total, 24 Irish American leaders will be saluted at the 2021 Community Champions gala. Among their number will be standout Irish Americans from Chicago (public affairs strategist Becky Carroll), San Antonio (Melissa Schulz from the Office of the Attorney General Child Support Division and member of the Harp & Shamrock Society of Texas) and Pittsburgh (City Comptroller Michael Lamb).

The 2 December event marks a keenly-anticipated return to in-person events for the Community Champions awards which were held virtually in 2020.

Among the sponsors are Harmac Medical Products of Buffalo, NY, which employs 300 at its Co Roscommon plant, and Somers Pubs of Boston.