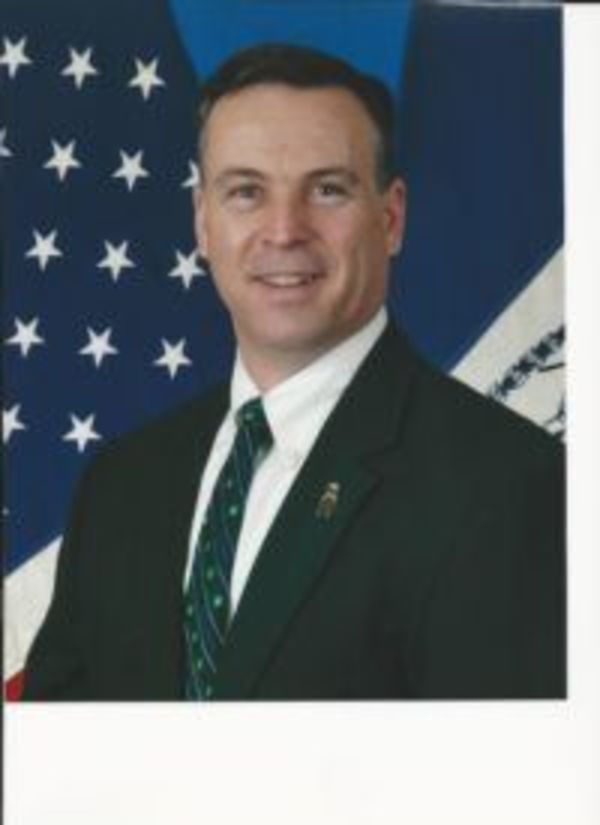 Peter’s Mother Anna Pauline (nee Lane) was born and raised in Athleague, Co. Roscommon. She is youngest of 7 children born to the late Patrick & Abby Lane.   She immigrated to England in 1943. She returned to Ireland in 1947 before emigrating to the U.S.   She settled in Sunnyside Queens with her Aunt Marie Opault (Finneran) & her brother Andrew.

Peter’s parents married in 1953, settled in Sunset Park, Brooklyn and in 1960 they moved to Bay Ridge, Brooklyn where they raised five children Thomas, Patrick Jr, Maureen, Joseph and the late Kevin.  Peter attended Our Lady of Angels grammar school & Fort Hamilton High School.  He started his Law Enforcement career with the New York City Transit Police in 1986. In 1995 he joined the NYPD with the merge of the 2 departments.  He recently retired from the NYPD Emergency Service Unit.  Peter is President of the Grand Council of United Emerald Societies. He is the Past President of the NYPD Emerald Society. He is also a member of the NYPD Holy Name Society, NYPD Honor Legion, & AOH Division #22.  Peter is married to Madeline (Smith) and has 2 children Peter Jr. and Victoria Patricia. They live in Bay Ridge Brooklyn, New York.