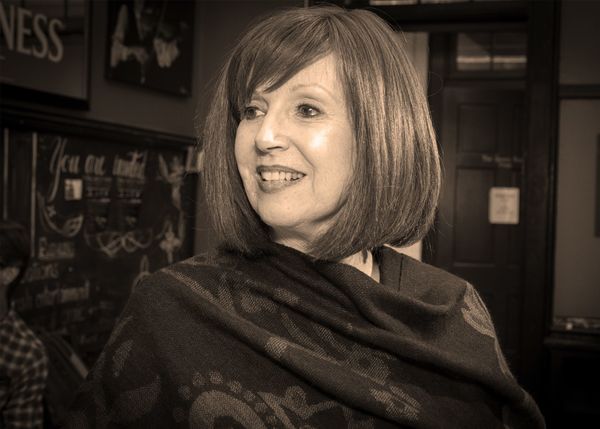 Maureen A. Kennedy is co-founder and Vice President of the Irish Heritage Center of Cincinnati.

As such, her primary focus is program development. She contacts, negotiates and books musical, theatrical, literary, and visual artists performances, averaging some two dozen per annum. In addition, school trips to IHC, commemorations and celebrations of major Irish Historical events, the annual gala (the primary fundraiser for the Center). are her responsibility.

Maureen is the public face of the Cincinnati Irish Center, conducting radio and television interviews, videos on its YouTube channel, and editing the weekly email blast to members and friends of the IHC. Except during the pandemic, she traveled to Ireland scouting talent, visiting with key ministers and cultural ambassadors of the Republic and Northern Ireland one to three times each year.

Mentoring youth, Maureen has used her abilities to the first-ever Cincinnati area Ohio Rose of Tralee winner, promote a teen singer-songwriter to release a Nashville-produced CD, and helped two other young people achieve scholarships in music and education.

She has developed ties to all local Universities, availing of their capstone projects to improve the IHC and helped found the North American Irish Centers annual gathering.

This girl is on fire.