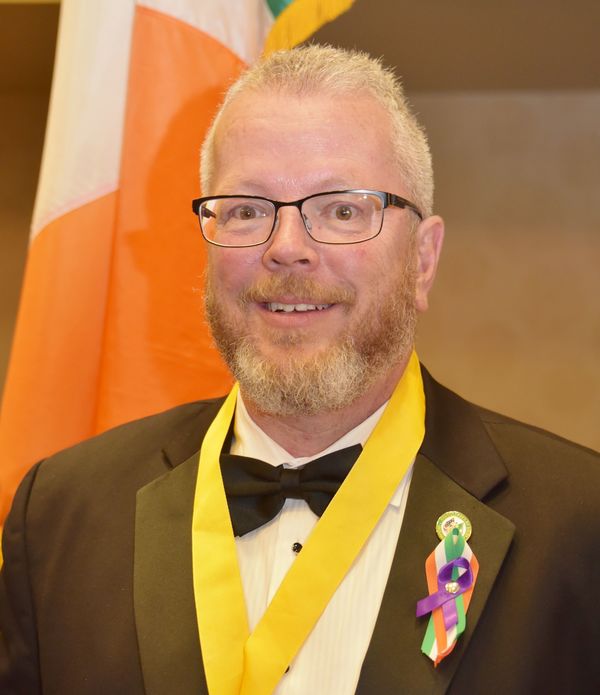 Daniel J O’Connell became the 49th president of The Ancient Order of Hibernians in America on July 24th, 2020 after serving 12 years as an elected officer. During his time on the national board, he brought a keen focus to marketing, recruiting and retention of membership. Danny led the AOH Marketing and Promotions team which developed the first advertising program for the Order and created the current logo highlighting “Irish – Catholic – American”.

Danny O as he is often titled developed the first ever AOH zoom webinar for the 2020 national convention which set a record attendance with over 600 delegates joining throughout the event. As the Covid President he hosted over 100 Zoom webinars and meetings and joined countless others. He created a bridge to Ireland for the Hibernians with numerous guests from the Republic and the North of Ireland.

As president, he continued to embrace the Zoom webinar tool hosting regular events with speakers from around Ireland north and south. He established four pillars of focus for the AOH which include 1) Hibernian Charity Appeal, 2) Freedom for All Ireland Christmas Appeal, 3) Project St. Patrick Easter Appeal, and 4) Membership growth and retention.

O’Connell was installed for his second term as national president of The Ancient Order of Hibernians in America on July 16, 2022.

Currently the Director of Support Services at Youngstown State University in Ohio, O’Connell was a small college all-American football player at Hiram College where he also began his 22-year rugby career. Today he is an avid cyclist.