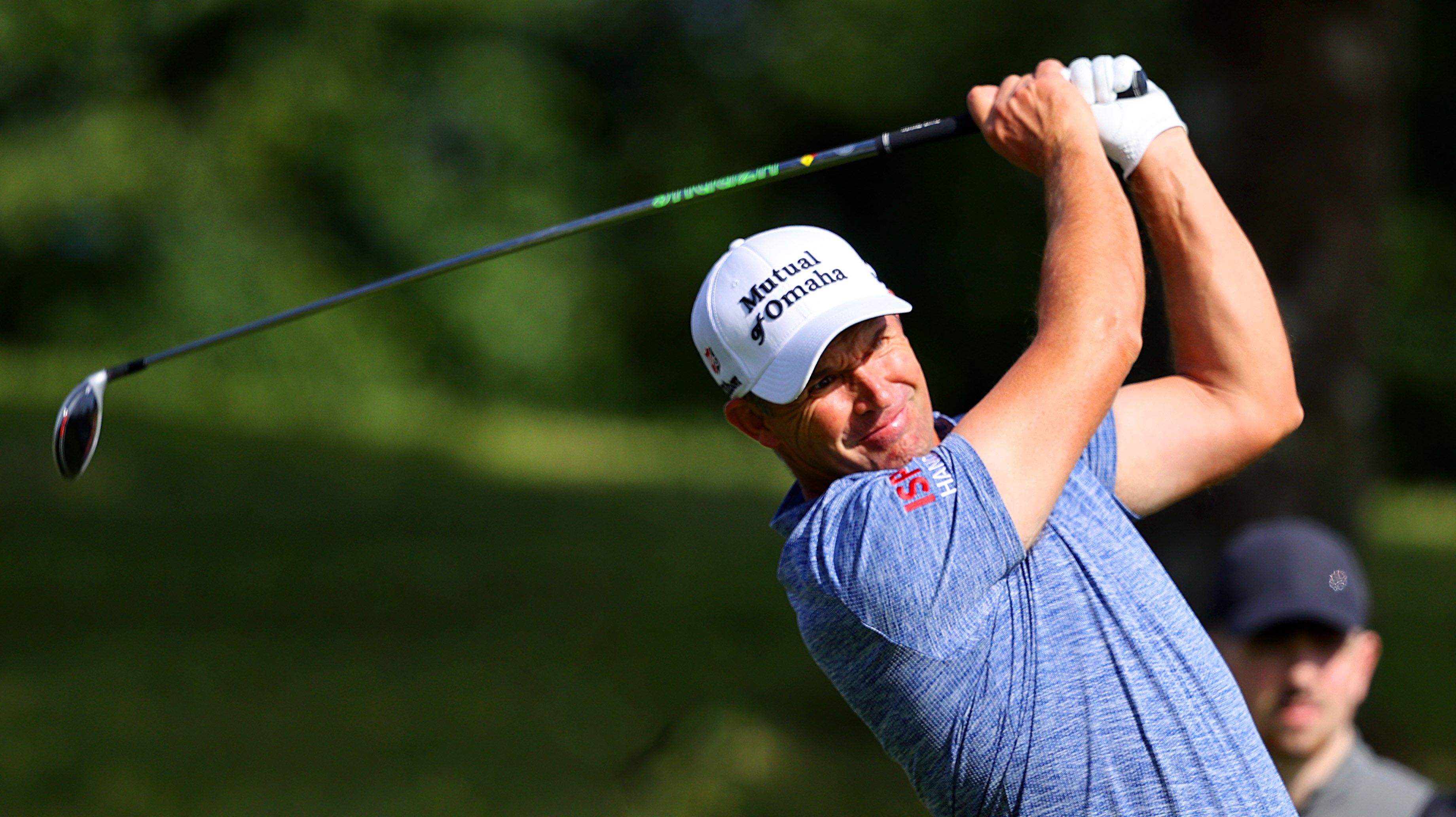 Shane Lowry can’t put Abu Dhabi in the rearview mirror fast enough. A second week of woe was his as he coughed up the lead in the Abu Dhabi Championship on Sunday and receded to 28th place. Meanwhile, Padraig Harrington put together four rounds make one reach for a calendar to double check the current year.

Lowry was always a threat here, opening with a bogey-free 67. A 70 on Friday left him just three strokes off the lead, which he then grabbed part of on Saturday by shooting 66. That round was punctuated by an eagle-2 at the sixth hole, where he holed out from the fairway.

Having gone out in the final group on Sunday, Lowry took the outright lead at the fifth hole with his second birdie of the round on a putt of about 12 feet. He gave it right back, however, with bogey at the sixth, made worse by a Victor Perez birdie that put the Frenchman on top.

The body language on Lowry at this point screamed defeat but he pulled himself together to pick up birdies at 12 and 13, leaving himself just three strokes behind Perez. But that was just a tease. Bogeys at 14 and 15 greased the way for the coup de grace, a tin cup-7 at 16.

Lowry’s tee shot went splash as did his second shot from the drop zone. The latter effort was especially wrenching as it resembled neither more nor less than the kind of shotmaking that is in deep abundance at any muni course any day of the week.

A final bogey at 17 had an air of  redundancy about it, so par at 18 was a relief. Out in 36, in with 40 for an aggregate 76, and Lowry tumbled down the leaderboard to a share of 28th place, nine strokes behind Perez.

Harrington, meanwhile, took up the chase of Perez. He was a latecomer among the contenders, his early rounds of 68 and 73 seeing him through the cut by just two strokes. His two birdies on the front nine on Saturday were nice but hardly indicative of imminent contention. That would have to wait for the back nine.

After notching par at the 10th hole, Harrington went on a run of six straight birdies. His 64 boosted him into the top 10 and a late tee time on Sunday.

A bogey at the first hole on Sunday wasn’t the sort of start Harrington was looking for. He made the turn just a stroke under par but still in contention. Four birdies over the first five holes on the backside kept him there.

The last two holes suggested that Harrington’s effort, while gallant, would not be fulfilling. His tee shot at the par-3 17th sailed right of the green towards the gallery, where a friendly leg appeared to redirect the ball toward the green, stopping on the fringe. His birdie putt was lined up perfectly but got leg weary and stopped short of the hole.

Finding a deep fairway bunker on 18 didn’t work to Harrington’s advantage, either. He walked off the green with par and the clubhouse lead, although three strokes in back of Perez, who had just blasted out of a greenside bunker and into the hole for birdie at 17.

That turn of luck served Perez well because he found trouble down the left fairway on 18. Despite the bogey he took there, his lead held up by a stroke over the duo closest to him, with Harrington another stroke back in fourth place.

Seamus Power finished tied for 20th place after rounds of 66, 73, 70 and 69. He went out in 31 for the front nine on Thursday but was unable to maintain that momentum. Eight strokes separated Power and Perez after 72 holes.

Tom McKibbin missed the cut, his first whiff after four previous successes. Rounds of 72 and 71 left him one stroke on the wrong side of the line. Look no farther than the double bogey 7s he took at the 18th hole on both days as the reason.

Darren Clarke’s game made it through the holidays without incurring any damage. He led after the first round of the season-opening Mitsubishi Electric Championship at Hualalai in Hawaii, shooting a pristine 65.

The second and third rounds in this 54-hole event weren’t quite as good but nothing to scoff at, either. Friday’s 66 and Saturday’s 68 were chockfull of birdies, offset only by a double bogey-6 each day. Yet, they weren’t as magnificent as the round that Steve Stricker shot on Friday.

Stricker went without a bogey over the final 36 holes. He shot 60 on Friday, racking up 12 birdies, and then cruised on home on Saturday with 65.

Clarke and three others divvied up second money, having settled six strokes behind Stricker.

Leona Maguire began her 2023 campaign in decent fashion, working out a share of ninth place in the Tournament of Champions in Orlando, Fla. Rounds of 71, 69, 73 and 69 left her six strokes under par for the event and 10 behind victory Brooke Henderson.

Maguire would have needed to have been near perfect to give Henderson a run for the money. Seven behind that rival at the halfway point, she couldn’t make anything happen on Saturday, when she finished above par. But then nobody else was making Henderson sweat, either.

The ladies will lay low for the next month, not reappearing until late February in Thailand.