Home Opinion EDITORIAL: The Presses Have Rolled For 95 Years 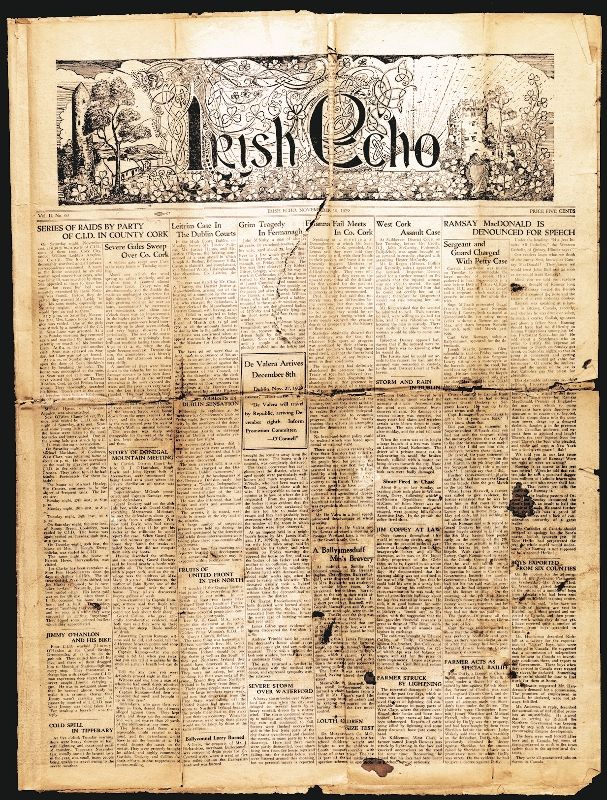 EDITORIAL: The Presses Have Rolled For 95 Years

The Irish Echo is ninety five years on the job this year.

The precise birthday will be in October, 2023. But why wait?

Charles F. Connolly launched the Echo in 1928, but the first issue has been lost to history.

However, a few years back, an issue from November, 1929, did surface.

Ninety five years ago and close enough to 5000 editions later here we are at 95.

It's a venerable age by any standard, and in any context.

It is also a testimony to all those who have worked down the years to bring generations of readers the story of Ireland, of Irish America, of America.

At 95 we start to think of 100. Five years is a long time and no time. We can't dictate the speed of time, nor the details of its passage.

We can only work towards reaching our centenary. With the help and participation of our readers and advertisers, and even in a time of peril for all newspapers, we are confident that our efforts will take us there. In the meantime, we'll raise a glass to the Echo, both venerable and vigorous, at 95.