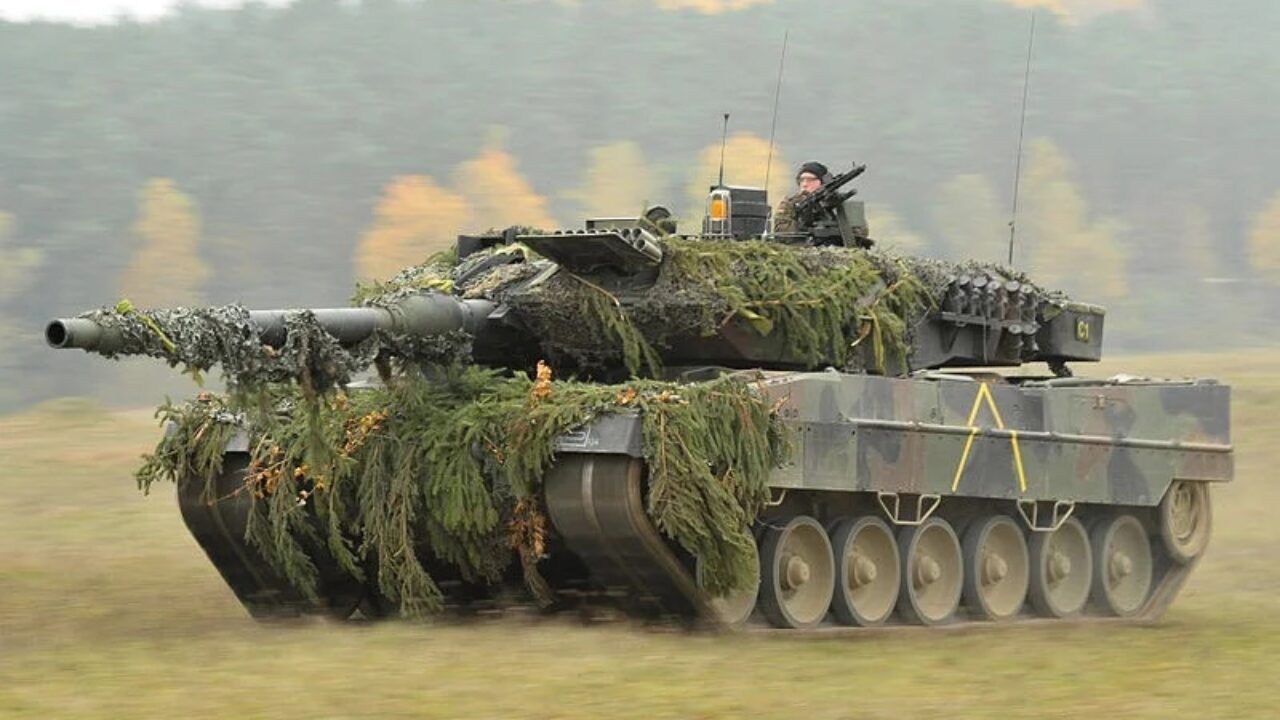 EDITORIAL: Of Dogs and Tanks

There has been much hand-wringing in top German political circles over the matter of supplying Ukraine with German-made Leopard tanks.

Suffice it to say, the Germans have a strong track record when it comes to making formidable tanks. This is something they prefer not to be reminded of. Fair enough.

But this isn't 1940. And Germany isn't planning on invading Ukraine as Russia already has. So helping the Ukrainians defend hearth and home against Vladimir Putin's murderous horde would seem to be a noble gesture, even if it stirs uncomfortable memories.

Separately, the U.S. has been reluctant to supply state-of-the art Abrams tanks and good reasons have been offered.

But if Kyiv can get main battle tanks from European countries that might be all that is required to fend off a now expected Russian offensive in the spring.

All this talk about tanks is clearly making Moscow nervous.

Newsweek is reporting that Dmitry Medvedev, deputy chairman of the Security Council of Russia, has said the West was supplying enough weapons to Kyiv to "destroy" his country.

Medvedev, who farcically kept the presidential seat warm for his boss Putin for a few years back, fretted that Russia was now facing a difficult situation and that a new alliance against Russia might be taking shape, an alliance made up "the Americans and their pack of castrated dogs."

Dmitry must have had a bad night to come up with that one. Perhaps he stayed up too late reading the Rants of Mao Tse Tung, or some such. Mao was big on dogs. Imperialist running ones.

Anyway, we can only wonder if Ireland is included in this pack of savage mutts. After all, Ireland has been loudly vocal in its condemnation of Moscow, has sent humanitarian aid to Ukraine, and has taken in over 35,000 Ukrainian refugees. Real mad dog stuff altogether.

Tánaiste Micheál Martin, according to a report in the Irish Independent, has rejected suggestions that Ireland should directly help Ukraine’s military efforts, saying Ireland had no real military capability to offer.

Which is true. And that is another story.

Martin went on to say that Ireland was not neutral in the conflict and had helped with what it did best, including humanitarian aid, political support for Ukraine’s EU membership, and an international court action against Russia.

Does all this qualify Ireland for the "castrated dogs" club? Somebody should ask Moscow's man in Dublin, Yuri Filatov, who has been very quiet of late. Not so much as a yelp out of the man.