Home No complaints as Collins red-carded 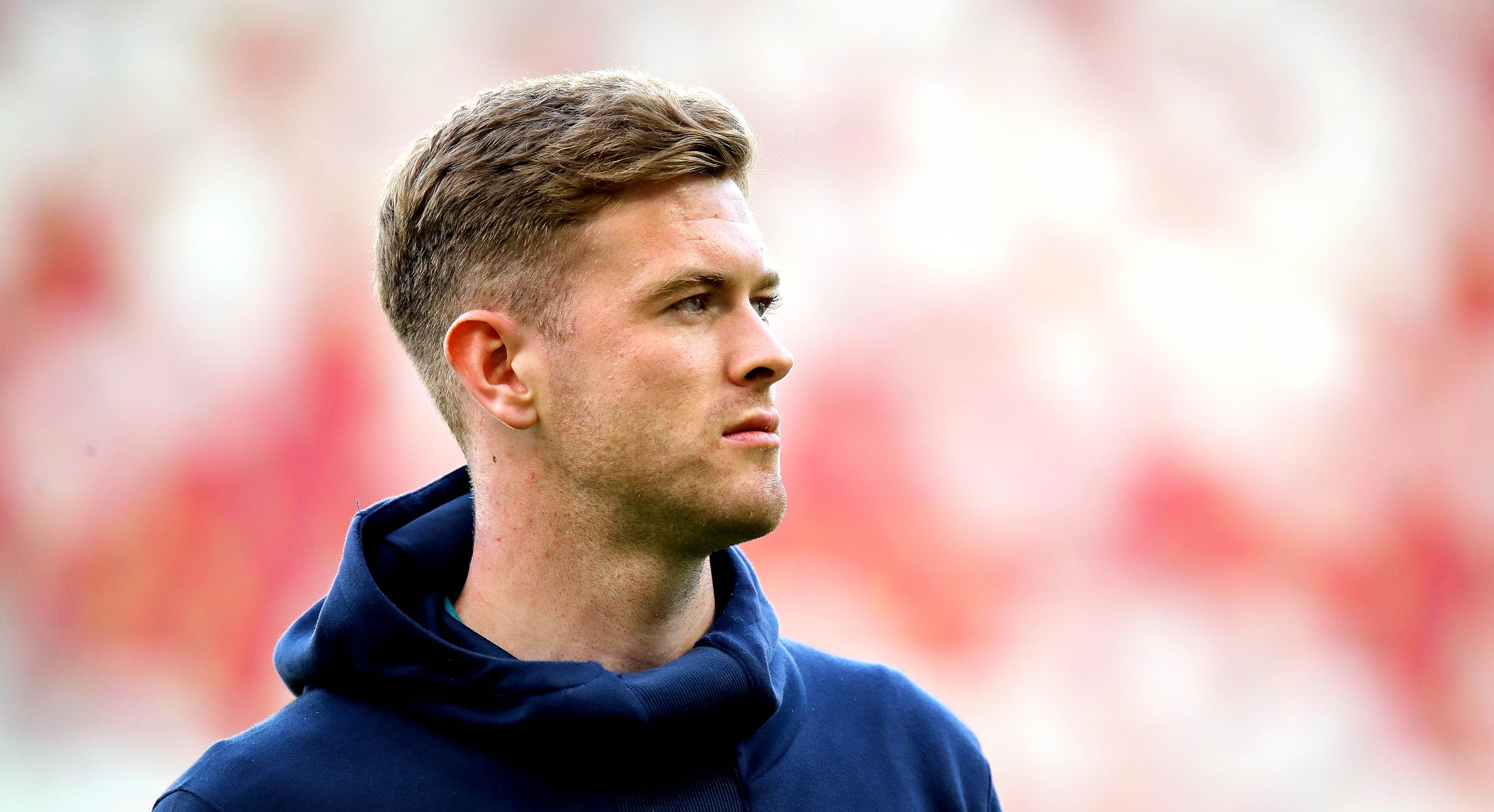 No complaints as Collins red-carded

The EPL resumed at the weekend after the mourning period for Queen Elizabeth II, but three games were postponed: Chelsea v Liverpool, Manchester Utd vs. Leeds and Brighton v Crystal Palace. Arsenal, who were top before the unscheduled break, held on to their one point lead at the top of the table with a 3-0 away win over Brentford on Sunday. Fifteen-year-old Ethan Nwaneri became the youngest player in EPL history in the Gunners 3-0 win over Brentford. The English  midfielder, who was born in March 2007, replaced Fabio Vieira in stoppage time at Brentford Community Stadium. Aged 15 years and 181 days, Nwaneri beat the record held by Liverpool midfielder Harvey Elliott, who was 16 years and 30 days old when he played for Fulham in 2019.

Wolves manager Bruno Lage had no complaints about Nathan Collins’s straight red card against Manchester City .The Republic of Ireland defender was sent off in the first half of Wolves’ 3-0 defeat at Molineux after a high challenge on former Irish under 21 international Jack Grealish, leaving the home side to play with 10 men for an hour. After the game Lage admitted he expected the 21-year-old to be punished after seeing the challenge. He said: ‘‘I don't believe Collins wanted to do that but when you see that you have to admit it can be yellow or red.’’ Wolves were 2-0 down at the time Collins was sent off, but conceded just one more goal thereafter and Lage praised his team for their resilience in the second half.

Gavin Bazunu was the only other Irish player to start in the EPL at the weekend. Seamus Coleman was on the bench for Everton, who got their first win over the season, a 1-0 home win over West Ham. Matt Doherty didn’t see any game time in Spurs big win over Leicester and Shane Duffy was on the bench for Fulham, who won 3-2 away to Nottingham Forest on Friday night.

Son Heung-min was dropped by Spurs manger Antonio Conte for Saturday’s home game against Leicester City. Son had failed to score in eight games in all competitions for Spurs so far this season ,but it was still a brave decision from Conte to drop last season's joint-Golden Boot winner Son replaced Richarlson on the hour mark and scored in the 73rd, 84th and 86th minute as Spurs won 6-2. The defeat means that Leicester are bottom with just one point from seven games and the only club in the EPL yet to win a game. However, manager Brendan Rodgers is not quitting and the speculation is that the Antrim-born manager has a good contract and Leicester, who have financial issues, cannot afford to pay him off.

In midweek Ronaldo scored his first goal of the season as United beat Sheriff Tiraspol 2-0 in the Europa League. Ronaldo converted a first half-penalty after Jadon Sancho had opened the scoring for United. It was the 699th goal of his club career. It was an important win for United following defeat in the Europa League against Real Sociedad the previous week, and it was a much-needed goal for Ronaldo, who has struggled to earn a place in the starting 11 under new manager Erik ten Hag. The 37-year-old was reported to have been looking for a move away from United over the summer to play Champions League football, but it didn’t happen for him.

Irish international Dara O’Shea gave West Brom the lead after six minutes as they ended Norwich’s six-game winning run in the Championship. Irish defender Andrew Omobamidele started for the Canaries, who hold on to second place, three points behind leaders Sheffield United. Cork-born John Egan was at the heart of the Blades defence as they stretched their lead at the top off after a 2-0 away win over Preston North End. Alan Browne started for Preston, while Robbie Brady and Seánie Maguire were second-half subs.

In League One Conor Hourihane scored twice for Derby County, as they won 2-1 against Wycombe. The midfielder scored in the 72nd and 86th minutes as the Rams enjoyed a win at Pride Park. Jason Knight and Irish under 21 defender Eiran Cashin also started for Derby, with James Collins on the bench. Daryl Horgan was a late sub for Wycombe. Elsewhere in League One former Bohemians midfielder Dawson Devoy set up a goal as MK Dons beat Oxford United 2-1 away.

Glenavon youngster Christopher Atherton made football history when he featured in the Armagh club’s 6-0 League Cup victory over Dollingstown last week, Aged just 13 and 329 days, Atherton became the youngest footballer to feature in a senior match in the UK when he replaced Jack Malone in the 75th minute. Atherton’s appearance beat the record set by Dublin’s Eamonn Collins, uncle of current Republic of Ireland international Nathan Collins, when he made his Blackpool debut in September 1980. At the time, Collins was 14 years and 323 days old. Atherton’s appearance was no token cameo. The schoolboy managed to provide an assist, setting up veteran Matthew Snoody for Glenavon’s sixth goal.

Tallaght Stadium was daubed with loyalist graffiti in response to a chant sang by Shamrock Rovers fans on the day of Queen Elizabeth II's death at the venue last week. Slogans saying “God bless our Queen,” “UVF” and “Linfield FC”  were spray-painted on the wall of the stadium’s East Stand. The message appears to be in response to Shamrock Rovers fans chanting at last Thursday’s home Europa Conference League match against Swedish side Djurgardens, which captured a section of the Rovers support singing a song about the Queen’s death. Shamrock Rovers have since condemned the chanting.

Derry City will be home to first division Treaty United and Waterford have home advantage against Shelbourne in their FAI Cup semi-final. The games will be played on Oct. 15. Derry needed extra time to get by Shamrock Rovers at the Brandywell. The teams had finished level at 1-1 after 90 minutes and Rovers, who had lost 3-0 to Gent in the Europa Conference League on Thursday, saw their Cup chances ended in extra time. Jamie McGonigle put Derry ahead with a header after 19 minutes, but then Will Patching missed a penalty after Rovers’ defender Lee Grace fouled McEleney. Rovers levelled through Rory Gaffney to take the tie into extra-time before goals from Daniel Lafferty and Brandon Kavanagh sealed the victory for the Candystripes. Derry will be fancied to qualify for the Cup Final at the Aviva on Nov. 13 as they are home to Limerick club Treaty United, who made the semi-final for the first time with a  4-1 home win over UCD. Waterford, as predicted on these pages last week, beat Dundalk 3-2 to reach the last four and a home tie against Shelbourne. The Reds were much too strong for a very poor Bohemians side at Tolka Park on Sunday, winning 3-0.