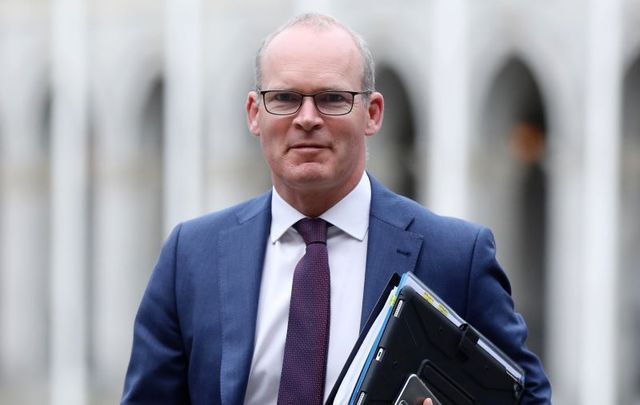 Back in April Irish Foreign Minister Simon Coveney delivered a first hand account of his just concluded mission to Ukraine, this at a sitting of the United Nations Security Council.

His words would have shocked some members of the council, but likely not all of them.

The Security Council gathering was focused on the plight of Ukrainian refugees and displaced persons.

Minister Coveney outlined in chilling detail what he had seen in the town of Bucha just outside Kyiv - part of the reason as to why, at that point, five million Ukrainians had fled their country.

"What I witnessed in Bucha last Thursday was truly unconscionable," Coveney told the Security Council while sitting in Ireland's chair.

And he continued: "Death, destruction and a mass grave with the bodies of innocent civilians. These atrocities must end. I call on Russia to immediately end this senseless war of aggression."

Suffice it to say, that plea fell on deaf Russian ears. That plea was delivered five months ago, give or take a day or two. The war has continued though, in most recent days, with some surprising Ukrainian successes on the battlefield.

Far from those front lines, on 42nd Street in Manhattan, the traffic cones have returned. These are the annual indicators of the new session of the United Nations General Assembly. The cones zone off a special traffic lane for visiting leaders of the world.

Over the past year, since the last great convening of the world's nations, Ireland's delegation at the world body has occupied a seat on the UN Security Council.

Ireland's Ambassador to the UN' Geraldine Byrne Nason, has echoed Minister Coveney's plea. The Russians have no time for such pleas.

Ambassador Nason is now moving to her new post, that being Irish Ambassador to Washington.

Back at the United Nations, Ireland will continue to plead, to argue, to cajole.

And the Russians will continue to turn a deaf ear.

Meantime, there are the traffic cones, a reminder of a certain continuity in the affairs of the world. They are intended to speed the progress of those aforementioned world leaders to the United Nations headquarters overlooking the East River.

Some of those leaders deserve the courtesy cones more than others.