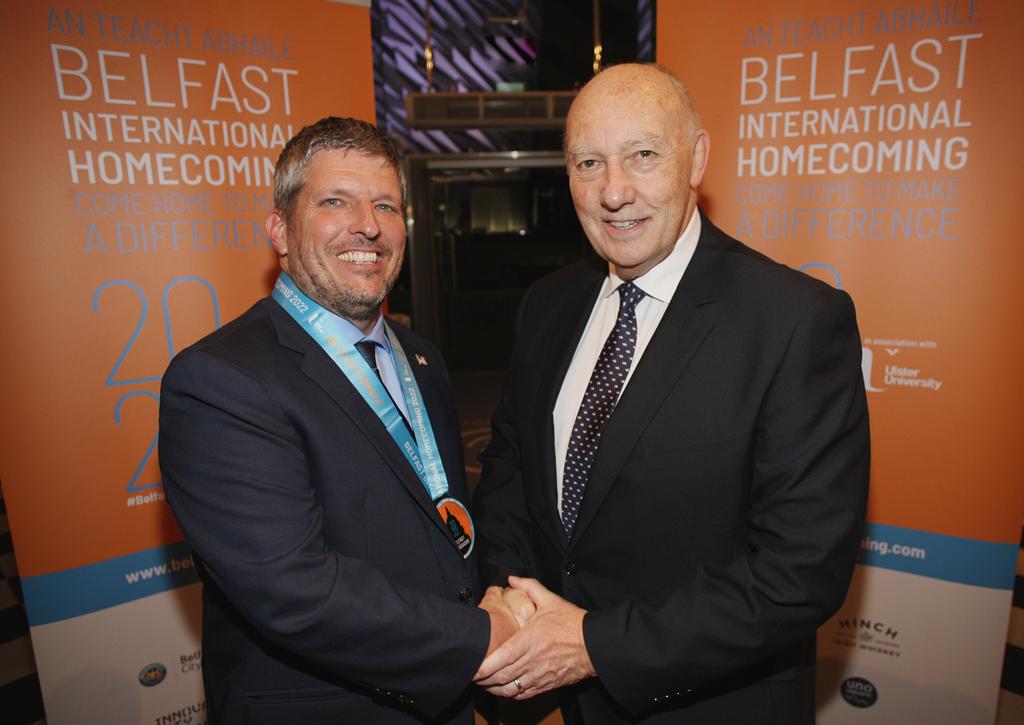 Veteran Irish American leader Steve Lenox, who has just been awarded the coveted Belfast Ambassador Medal, has been tapped by economic agency Choose New Jersey, to lead its outreach efforts in Ireland.

As managing director of Choose New Jersey, Steve will strengthen the mutually beneficial economic and commercial ties that exist between New Jersey and Ireland while promoting New Jersey to Irish companies seeking to invest in the United States.

Hot off the press! Delighted to be partnering with @LenoxConsulting and @ChooseNJ in expanding the strong links between Ireland and the great State of New Jersey. Read all about it:
https://t.co/Amrx6s5jre#GECPartners #GECxUSA

Commenting on the announcement, Governor Phil Murphy said: “The opening of the Choose New Jersey Ireland Office testifies to the global reach and impact of our state’s economy, whose stability and growth I have prioritized throughout my Administration. We know New Jersey is the best place to start and expand a business, and now businesses in Ireland will know that too.”

Speaking at the presentation of Ambassador Medals in the Titanic Quarter last night, Steve Lenox said he had hit the ground running by contacting with many of the global businesses taking part in the Belfast International Homecoming.

“Talk about the luck of the Irish. I’m able to call both New Jersey and Ireland home, and now I’ve been given an opportunity to make these longstanding links even more meaningful on both sides of the Atlantic,” he said.

Uniquely, the office will represent all of Ireland, including the North of Ireland, and will help to grow the already large presence of Irish businesses in New Jersey.

“Ireland has been a great economic partner for New Jersey and the opening of this office gives us the opportunity to expand that partnership further by having a full-time presence in-country," Wesley Mathews, CEO of Choose New Jersey.

Beautiful train ride heading to #Belfast where I am so proud to be receiving a #BelfastAmbassador medal at tonight’s #BelfastHomecoming. #GlobalIrish pic.twitter.com/jF67HlXEco

Steve Lenox has built his own connections in the Irish and Irish-American communities in New Jersey, as well as across the U.S. and throughout Ireland.

He is the president of Irish Network USA, a nonprofit organisation established to build links between the U.S. and Ireland through business, culture, education, and sports. Lenox also helped guide the Governor’s trade mission to Ireland earlier this year.

Ian Talbot, the Chief Executive of Chambers Ireland, the largest business organisation in Ireland, described the opening of the Choose New Jersey office in Ireland as "an important addition to the Irish business landscape.”

“We are excited about what this new partnership can bring, and look forward to working with Choose New Jersey’s Ireland Office to continue to drive strategic development as we seek progressive ways to promote the competitiveness of Irish business abroad.”

👏 @RowanUniversity has partnered with @SETUIreland to expand its graduate student exchange program and research collaboration opportunities.

This is one of the many fantastic partnerships that formed from our trade mission to Ireland!https://t.co/x6FASLa1Ts

The mission led to the signing of several Memorandums of Understanding (MOUs), including the Student Exchange Agreement between Ireland’s South East Technological University (SETU) and Rowan University.

Mark Byrne, founding dean of the School of Translational Biomedical Engineering and Sciences of Rowan University said Choose New Jersey’s efforts to introduce NJ companies and higher education institutions abroad "will lead to new discoveries that will pay great dividends for all involved".