Home A little bit of Killarney in Northern California 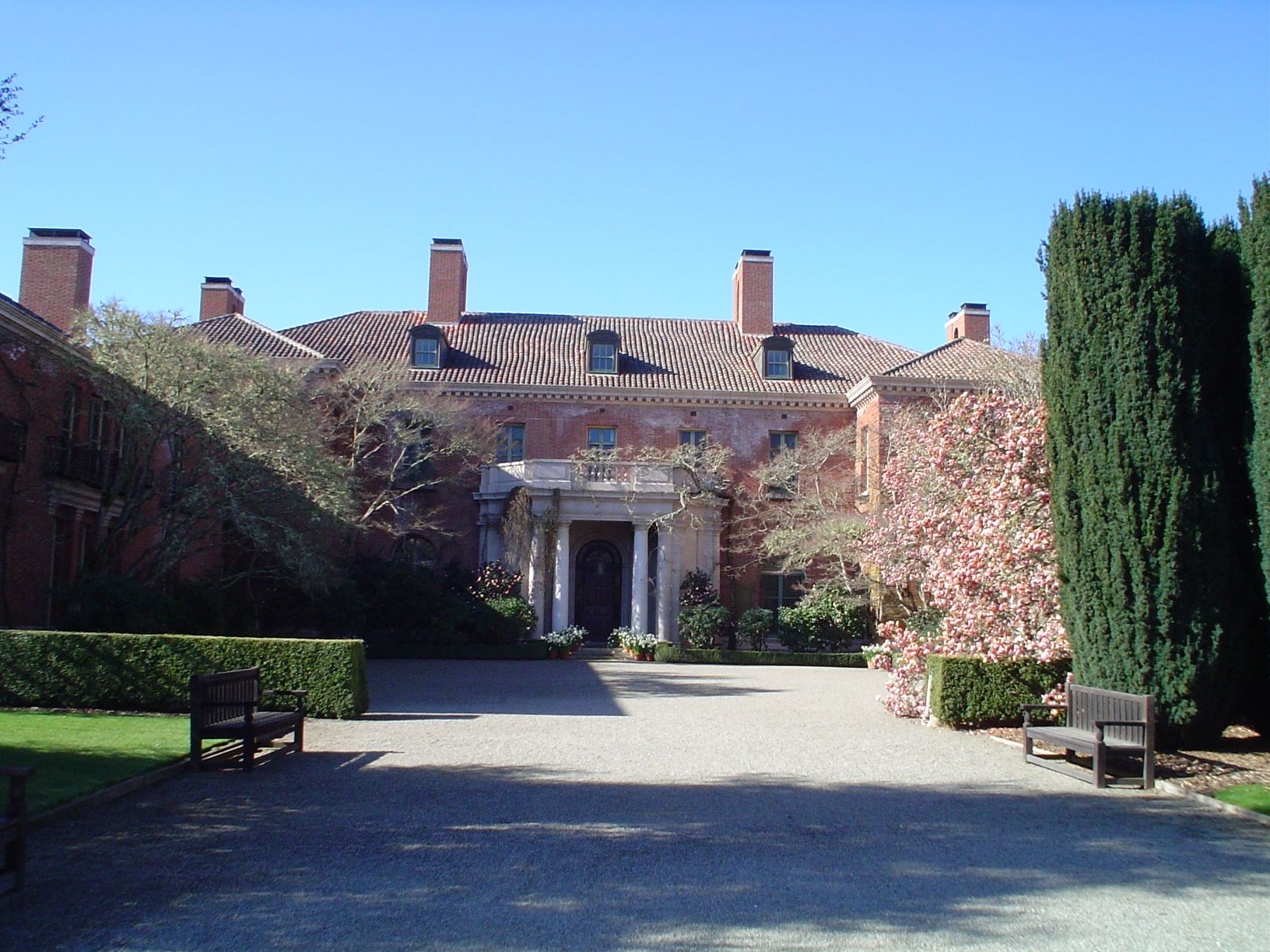 The exterior of Filoli was used in the TV series “Dynasty.”

A little bit of Killarney in Northern California

An Irish visitor to Northern California’s grandiose Filoli mansion, nestled at the edge of the towering oak and redwood-forests in the coastal foothills just 30 miles south of San Francisco, might be gobsmacked by the amazing similarities the  stately residence has to Killarney’s famed Muckross House, and he or she would not be wide of the mark. The elegant 43-room, 36,000 square-foot Californian mansion has deep ties both to Muckross House and Killarney.

If you are a TV watcher or movie fan  you might have already seen Filoli. It was the backdrop for the television series “Dynasty” and the elegant brick and sandstone home has  also appeared in the films  “Heaven Can Wait”  and “The Joy Luck Club.”

But let’s get back to Filoli’s Irish connection. The mansion was built by the scion of  an American mining tycoon named William Bourn, whose parents had settled in  San Francisco during the gold rush. They  bought  the claim to a goldmine known as the Empire, which held  a vein of pure gold. The Empire became the most profitable mine in California  and the Bourns became multi-millionaires.

Like any scion of a wealthy American family, William began traveling with his wife and daughter Maud on grand European tours. Traveling in first class on an ocean liner, the Bourns met a handsome Irish-born British diplomat named Arthur Vincent. Maud was no great beauty, but hearing of her great wealth, Vincent soon professed his love and romance quickly blossomed for the couple. They were married in a regal California ceremony in 1910.

Much to his chagrin, Bourn learned that his son-in-law was posted to East Africa. Determined not to have his daughter living so far away, Bourn tempted Vincent to  renounce the foreign service and stay in Ireland by buying the young couple an elegant home, which was Killarney’s 65-room Muckross House, along with its 11,000 acres surrounding the lakes. Vincent wisely took the elegant estate over the posting in Zanzibar.

The Bourns travelled frequently to Ireland to visit their beloved daughter and soon fell in love with  the Killarney landscape. William’s love of his daughter and Killarney was so strong that he decided to build a California home reminiscent of his daughter’s Killarney estate. Bourn found a location on a lake reminiscent of Killarney, and whose stunning views recalled the spectacular vistas of Muckross. Bourn hired Willis Polk as the principal architect with instructions to use Muckross House as a model. Polk began to build the residence, which, even in 1915,  still cost  over a half a million dollars. With Irish country homes in mind, Bourn, following Polk’s advice, chose a Georgian revival style. Only the roof, which was covered with the local red Spanish tile, reflected its California location.

Polk asked landscape architect Bruce Porter to design the 16-acre estate grounds with formal gardens, based on those at Muckross. Making use of the mountain vistas to the west, Porter came up with the idea of  planting several different gardens, each with its own unique character. To remind them of their happy days in Ireland, the Bourns brought cuttings and shrubs, particularly yew trees, from Killarney, which Porter had planted in Filoli. The 210 yew trees turned out  to be a spectacular feature of the gardens. The Bourns also brought clippings of holly and myrtle from Ireland and  a huge rhododendron and azalea garden covering the forested hillside also recalls Muckross. They even named  landscape features after Muckross, calling  a bridge over a creek Brickeen Bridge in honor of the span between the upper and lower lakes in Killarney.

In 1921, Bourn suffered the first of many  severe strokes that prevented him from ever returning to Ireland. Determined  to capture Ireland inside the house,  The Bourns hired  artist Ernest Peixotto, who traveled  with his family to live in Muckross and prepare sketches for murals that today fill the home’s cavernous ballroom. Peixotto painted the ballroom with stunning iconic Killarney scenes as Muckross House, Muckross Abbey, Brickeen Bridge, Ladies’ View and Torc Waterfall.

Tragedy, though, struck the family. In 1929, at age 46, Maud died unexpectedly of pneumonia after making the Atlantic crossing with her two children. Overcome with grief, and unable to live with the memories of Maud in the house,  Vincent and the Bourns presented Muckross to the Irish State in her memory.

William and Agnes Bourn died in 1936, and Filoli was sold. The subsequent owners turned the mansion over to the American National Trust for Historic Preservation. Luckily, today the public can still visit this gem in Woodlands, Calif., where they can appreciate an amazing homage set in stone to the beauty of Killarney.