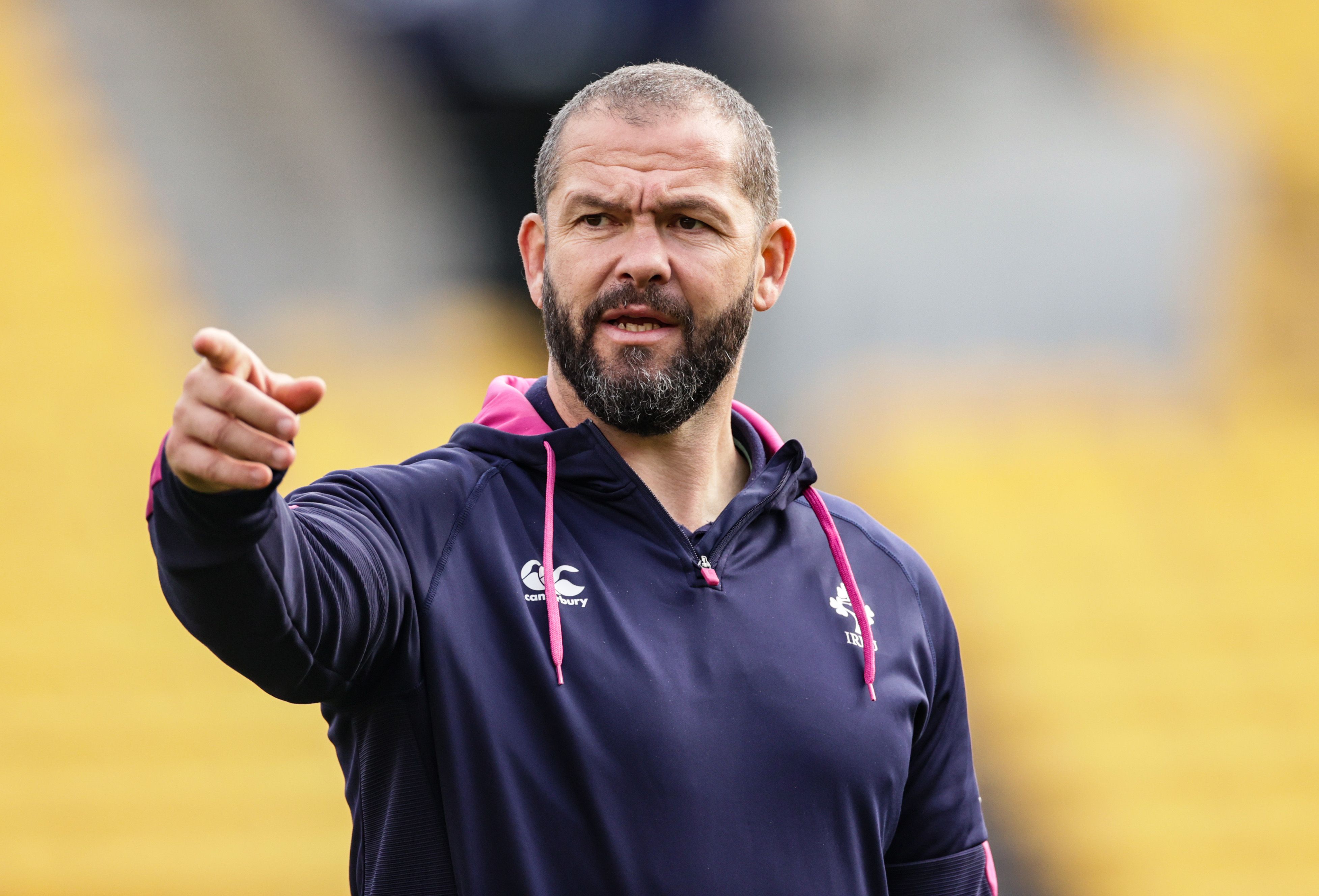 Andy Farrell has agreed a two-year contract extension to stay on as Irish Rugby head coach until 2025. The IRFU moved quickly to tie down Farrell beyond the 2023 World Cup, with Farrell’s stock having shot up after the historic Test series win in New Zealand last month. English Rugby CEO Bill Sweeney admitted recently that Farrell remains “very highly regarded” at the RFU with the search underway for Eddie Jones’s successor. But now the IRFU has moved swiftly to shut down any talk of Farrell returning to England by extending Farrell’s contract until 2025.  The 47-year-old from Wigan won 34 caps playing Rugby League for Great Britain and 11 England caps for Rugby Union. He replaced Joe Schmidt as Irish coach in February 2020; his son Owen is a current England Rugby Union international.

IRFU Performance director David Nucifora admitted the union was aware that Farrell would be in demand elsewhere. Farrell said: ‘‘I am happy to extend my contract with Irish Rugby for a further two years. As a group we have made it clear that we are building towards the 2023 Rugby World Cup, and we have taken some decent strides in that regard in recent months.’’

Galway footballer Shane Walsh is seeking a transfer to Dublin club Kilmacud Crokes. The 29-year-old, who scored nine points for Galway in their All-Ireland final defeat to Kerry, has told his home club Kilkerrin/Clonberne that he wants to leave and join the South Dublin club for a few years, but will rejoin his own club at some stage.  Based in the Stillorgan, Crokes are one of the leading dual clubs in the country.

Kilkerrin/Clonberne chairman Ian Hynes confirmed that Walsh had sought a transfer.  Hynes said: “We are absolutely devastated. We have tried to persuade him to stay and nothing has been formally signed yet. We are going to fight this all the way. We recognise that Shane has given the club loyal service, but he is such an inspirational figure for all the young players coming through. Everybody here is in shock, particularly the juvenile players because he was such to hero to them. We believe it is wrong that a huge club like Kilmacud Crokes are allowed to do this. We are trying to keep the GAA alive in rural Ireland. From a club perspective it is shocking, but there are wider implications for the GAA as well. The Dublin club scene is a different world to what’s happening in rural Ireland. They are drawing players from densely populated areas whereas there are just 600 houses in our parish.’’

Walsh is studying to become a physical education teacher at Hibernia College in Dublin. If the transfer goes through Walsh would be eligible to play in this year’s Dublin club championship and Kilmacud are the reigning champions.

Walsh said: ‘‘I’m living and studying in Dublin now so it’s the right move for me at this point in my career. Kilmacud Crokes are a great club and it would be a wonderful challenge.’’

Derek Lyng was last week confirmed as Brian Cody’s successor as manager of the Kilkenny senior hurlers. The former under-20 manager has been given a three-year term and will name his backroom team in due course. Cody stepped aside in the wake of Kilkenny’s defeat to Limerick in the All-Ireland final last month. Speculation had been rife about who would get the job, with Martin Fogarty, James McGarry AND some others also linked to the post. However, Lyng is the man Kilkenny want to fill Cody’s shoes. The former midfielder made his senior Kilkenny debut in 2001 and retired nine years later having won six All-Ireland medals. The Emeralds clubman was a selector under Cody for five years from 2014 before switching to manager of the county under 20s.

The first bit of good news for Lyng is that star forward T.J. Reid is going to make himself available for 2023 which will be his 23rd season. “I will go for as long as I can,” said Reid, who will be 35 later this year. “I have club championship coming up now and then usually in November, December, January you see how you’re going.’’

Also, Tipperary-born Darren Gleeson is to continue as Antrim hurling manager for another two-year term.

Drogheda United will host Shamrock Rovers in the second round of the FAI Cup, while Cork City face the longest journey from Leeside to the Brandywell. Non-league sides Bonagee United from Donegal and Lucan United both received home ties against League of Ireland Premier Division clubs Shelbourne and Bohemians respectively.

New Meath senior football manager Colm O’Rourke says he will have no hesitation in using the people skills of his former manager Seán Boylan in the Royals backroom team next year. O’Rourke said: ‘‘Of course I can also turn to Seán Boylan. He will have open access to the team as adviser, counsellor, motivator or whatever else he wants to be. Seán makes people feel good about themselves and young people like him. That is another ingredient of good management. If you get on well with people it makes things a lot easier.’’

Meanwhile Anthony Cunningham has stepped down as Roscommon senior football manager. The Galway native has been in charge of the Rossies since November 2018. Cunningham, who previously played for and managed the Galway hurlers, is in a rare dual-manager club. The only other person in recent years in the category is Denis Walsh – who managed the Waterford senior footballers squad before taking over the senior hurlers of his native Cork.