Home In Clare, 'music is who we are' 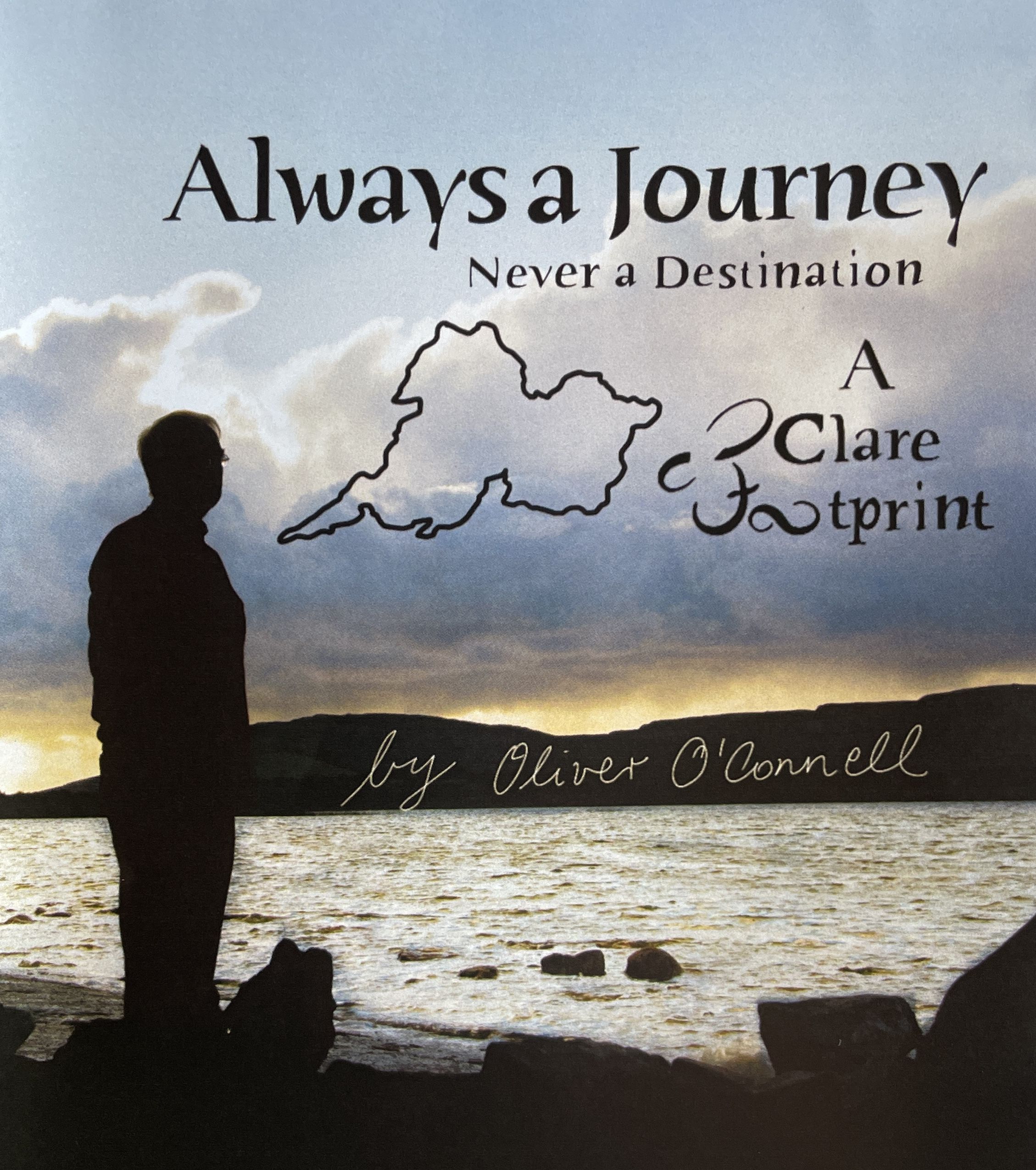 A short while ago I received a copy of “Always a Journey, Never a Destination: A Clare Footprint,” a 30-minute or so film produced by musician and storyteller Oliver O’Connell.  A breathtaking look at Clare and the Burren, set to poetry, prose and music, it’s a presentation lovers of Ireland will be attracted to.  As the title explains, it takes you on a journey, one that is quintessentially Irish, but one traditional music lovers will be fascinated by because of the way it uses the music as a centerpiece.  While it will certainly have great appeal to those from the Banner County, its most important audience might just be those who don’t yet know about Ireland, or Clare, or traditional music at all, as this film reveals a side of Ireland that is notoriously hard to access.  It’s the kind of project that I think will draw people in and convey “what it’s all about” in a most effective way.

To start, the film defies expectation.  One might be tempted to call it a documentary, but as I watched I found it to be something far different than that.  Stylistically, yes, the film embraces a National Geographic documentarian esthetic.  Long shots of windswept terrain, tide-swept seagrass, lush fields and stonewall-lined roads lead the viewer on a simply gorgeous journey, detailed through cuts of vignette-imageries like flora-filled nooks, dew-drenched fuchsia bushes and flaking paint off a cemetery cross’s nimbus.  Curious animals that seem to be part of life also punctuate the way, further drawing a curious viewer into a different way of life.  But I’m not sure any of this really “documents” anything that hasn’t been documented before.

Indeed, there are several important differences here to write of.  First, over the stunning visual imagery is O’Connell’s voice, calm and full of kindness, using poetry and prose verse to talk about renewal and Clare’s connection to the human spirit.  It’s engaging and almost mythic.  Here, O’Connell celebrates his experience and reveals the insight he has to share, both personally and as a steward to the Clare spirit.

And then there’s the soundtrack.  Yes, traditional music figures in very prominently.  The film begins with anthemic music that raises a stirring call to attention.  It’s sort of a theme, really.  The music of Blackie O’Connell, Mick Foster & Moyra Sands, Mickey & Niamh Dunne, Sean Og Graham, and Cyril O’Donohue is used to set different tones at different times as a way of moving the film’s mood.

But it would be a mistake to discuss this film’s “soundtrack” and dismiss the way day-to-day sounds are used.  Here, they function as the incidental music of Clare, are used to help guide the film’s flow, and indeed become part of the journey.  The sounds of water lapping a beach, or a howling wind, or a crackling fire, all of which are deeply evocative, have meaning and take equal footing to the more traditional soundtrack music.  They complement the visual and enrich the viewer’s understanding of Clare’s “internal logic.”

Toward the end of the film O’Connell tells us that “in Clare, music is not what we do; music is who we are.”  It’s then that the film’s various threads all seem to come together in a lively house session.  The likes of Bobby Gardiner, Christy Barry, Des Mulkere, Oliver & Blackie O’Connell, and Mickey Dunne are part of a larger group of fiddle players, flute players, accordionists, concertina players, pipers and dancers that show us how music is a central part of what life is in Clare.  Healing.  Salvation.  Camaraderie.  All of it lifted by music and dance by the fireside.  Could anything be more inviting?

“Always a Journey” is as inspiring and heartwarming a feature as one could possibly want.  It’s atmospheric and comes across as more of a visual poem than it is a traditional documentary and it will surely inspire viewers to imagine how they might articulate with this place and its people and really get them to think how might they be changed by the experience.  O’Connell’s connectedness to west Clare is very clear, not just to the people but to the terrain and the land itself.   I couldn’t imagine a better advertisement for Clare.  In fact, I was a little bit surprised to not find any Tourism Ireland involvement.  It’s probably just as well, as it leaves O’Connell free to present his own vision, without any measure of calculated intervention.  The results are inspired and genuine (and credit to Stefan Decker, the director, who made the project work and ensured it “be” the way it is) and they represent a remarkable artistic achievement.

The DVD is now available (to find it, try custysmusic.com in Clare), but will be launched in Ennistymon on Friday September 23rd at the Teach Cheoil.  Check it out!