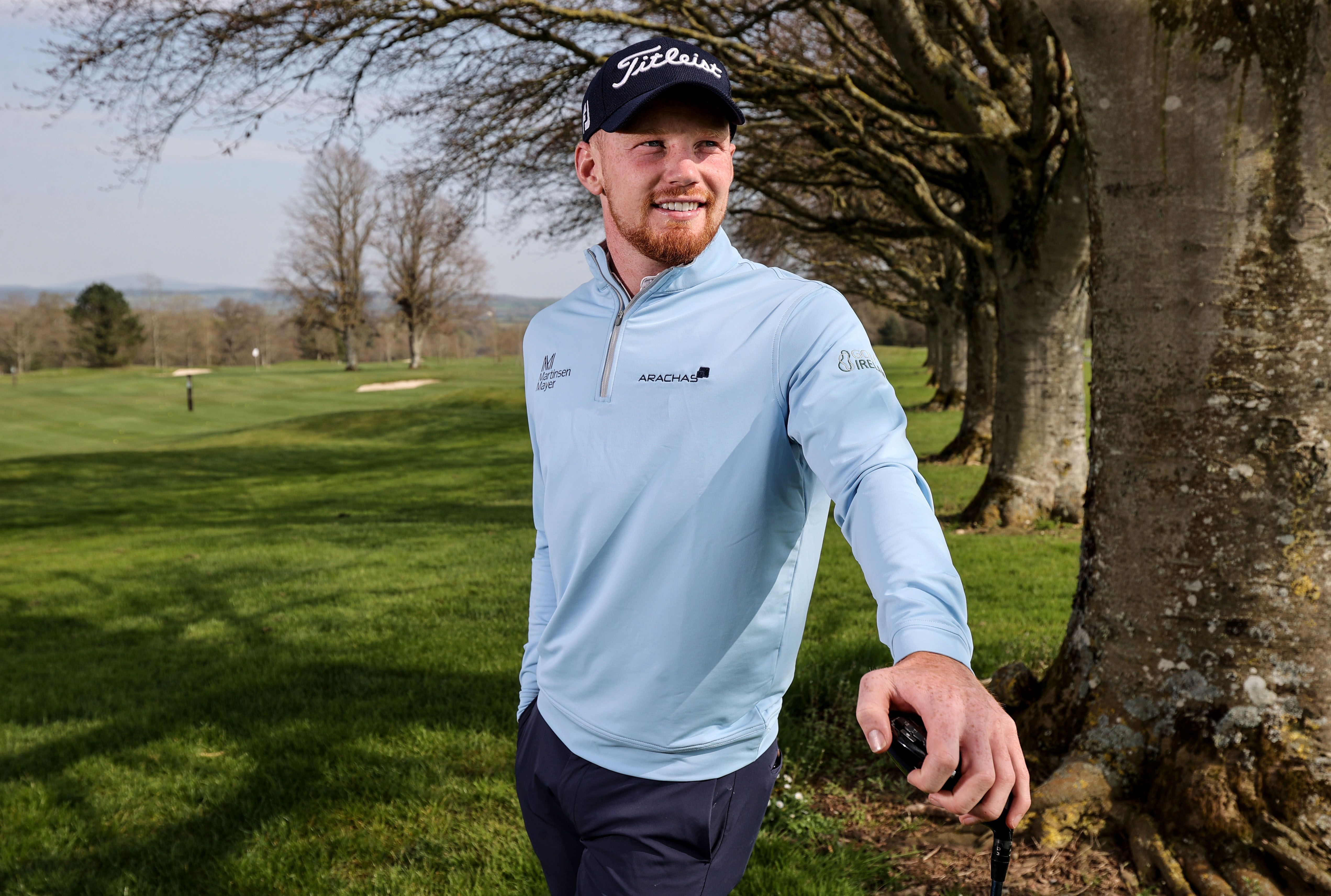 John Murphy was 3rd at the K Club. INPHO/DAN SHERIDAN

The Irish Challenge at The K Club yielded that rarest of results – a strong showing by the home contingent on Irish soil. England’s Todd Clements ran off to an easy victory but Tom McKibbin and John Murphy rallied to claim outright possession of second and third places, respectively. A six-man logjam at fifth place included Gary Hurley and Conor Purcell.

Shane Lowry has commented in the past on the difficulty of playing in Ireland, what with the pressures of wanting to produce in front of a home crowd coupled with sundry other obligations that present themselves. None of that got in the way of those looking to claw their way up a rung in the ranks of professional golf.

Clements took the lead on Friday when he shot 65 to go with Thursday’s 66. He pretty much remained in cruise control over the weekend with rounds of 70 and 68. He had a six-stroke cushion on McKibbin.

McKibbin began Sunday’s round in audacious fashion, running off birdie at each of the second through seventh holes. The 19-year-old from Rory McIlroy’s home club cooled off thereafter, playing the rest of the round evenly. Yet, his 66 (co-low for the day) enabled him to move ahead of Murphy and earn the Christy O’Connor, Jr. Memorial Trophy, awarded to the top-finishing Irishman. Along with that goes an automatic place in next year’s Irish Open, which will also he held at The K Club.

At the rate he’s going, McKibbin may not need that exemption. He rose to 15th place on the Challenge Tour’s Order of Merit; the top 20 at season’s end earn DP World Tour cards for 2023.

Murphy took third place, eight strokes behind Clements after shooting rounds of 66, 67, 74 and 70. He hit a rough patch through trying conditions on Saturday with four bogeys on the front nine.

Niall Kearney was the top Irishman in the Hero Open at Fairmont St. Andrews in Scotland. At 12-under-par 276 (68-66-72-70), he helped himself to a slice of 22nd place, 10 strokes behind the victorious Sean Crocker, who led from start to finish.

David Carey made the cut with not a stroke to spare after rounds of 71 and 67. Saturday’s 76 did little to bolster his spirits, but he returned with 69 on Sunday to grab a share of 61st place.

Stephanie Meadow made the cut on the number in the Scottish Open and then had a good weekend that saw her climb to a share of 38th place. Rounds of 72, 71, 70 and 70 left her five strokes under par for the tournament, and 16 off the winning number posted by Ayaka Furue.

The ladies remain in Scotland for this week’s Women’s British Open. Leona Maguire will be back in action after taking this past week off.