Home Coyle to fight in Tampa on Sept. 17 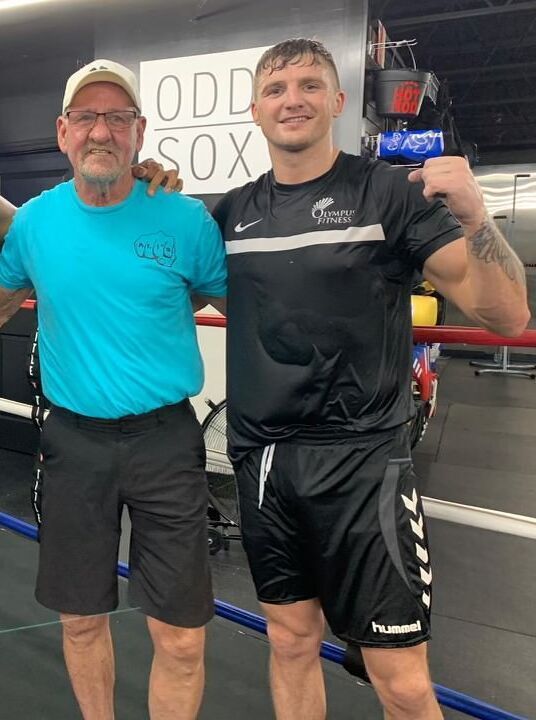 Coyle to fight in Tampa on Sept. 17

Now ranked 10th in the world by the WBA, middleweight Connor “The Kid” Coyle returns to action in a scheduled eight-rounder on Sept. 17 at the Alessi Fitness Center in Tampa, Florida.

The undefeated Derryman [16-0, 7 KOs] squares off with Silverio Ortiz, a Mexican journeyman with a 37-31 ledger [18 KOs]. At 32 and a solid six-footer, Coyle is seven years younger than Ortiz and six-inches taller.

Coyle is coming off his biggest victory to date, a split decision over Antonio Todd for the NABA 160-pound title last May. That victory earned him a top 15 ranking in the world in June. He’s climbed to #10 in the World Boxing Association and aims to fight for a world title in 2023.

Coyle will share top billing with his Fire Fist Boxing Promotions stablemate Yamaguchi Falcao, a once beaten Brazilian super middleweight prospect [21-1-1, 9 KOs], ranked #16 in the world by the WBC.

“It is important that we keep Yama and Connor in the ring so they can stay sharp as they await bigger opportunities,” said Jody Caliguire of Fire Fist Boxing Promotions. “I’d like to thank Alessi Promotions for helping put this together and we’re expecting a nice crowd. Both fighters are in the gym working hard with their trainer Jim McLaughlin so they can be prepared for Sept. 17.”

This Saturday, Ali Walsh, who’s 22 and has Irish heritage on both maternal and paternal sides, rematches Sanchez at another venue with a notable Ali connection – San Diego’s Pechanga Arena.  It was there in March 1, 1973 -- as the San Diego Sports Arena – that Muhammad Ali suffered his second pro defeat and a broken jaw to boot. His conqueror was Ken Norton.

Katie Taylor has blasted Jake Paul’s suggestion that the rematch of her mega Madison Square Garden showdown with Amanda Serrano should be at 126 pounds  or at a catchweight 130-pounds.

“What is that about?”, said Taylor. I’ve never heard such nonsense in all my life. I’ve never heard someone say something as stupid as that to be quite honest. I think they’re just trying to play a few games. I’m pretty sure Jake knows I’m not going to get down to 126, I don’t think I’ve ever heard of a situation in boxing where the champion wins but has the rematch in a lower weight division. It is real nonsense! I don’t know if he’s playing games or it is naivety but the rematch is going to be at 135-pounds.

"I don’t think Amanda’s recent fight falling through will delay or effect the rematch. I was hoping for the rematch to happen straight after the last fight but it doesn’t look like it’s going to happen until next year now.

"I just want to be involved in the biggest fights possible but I’m not sure who I’m going to be fighting next right now but I’m planning on returning to the ring this year in November-December. The team have been talking to the likes of Cris Cyborg. I only had two or three days off after the Serrano fight so I’m just itching to get back in the ring!"