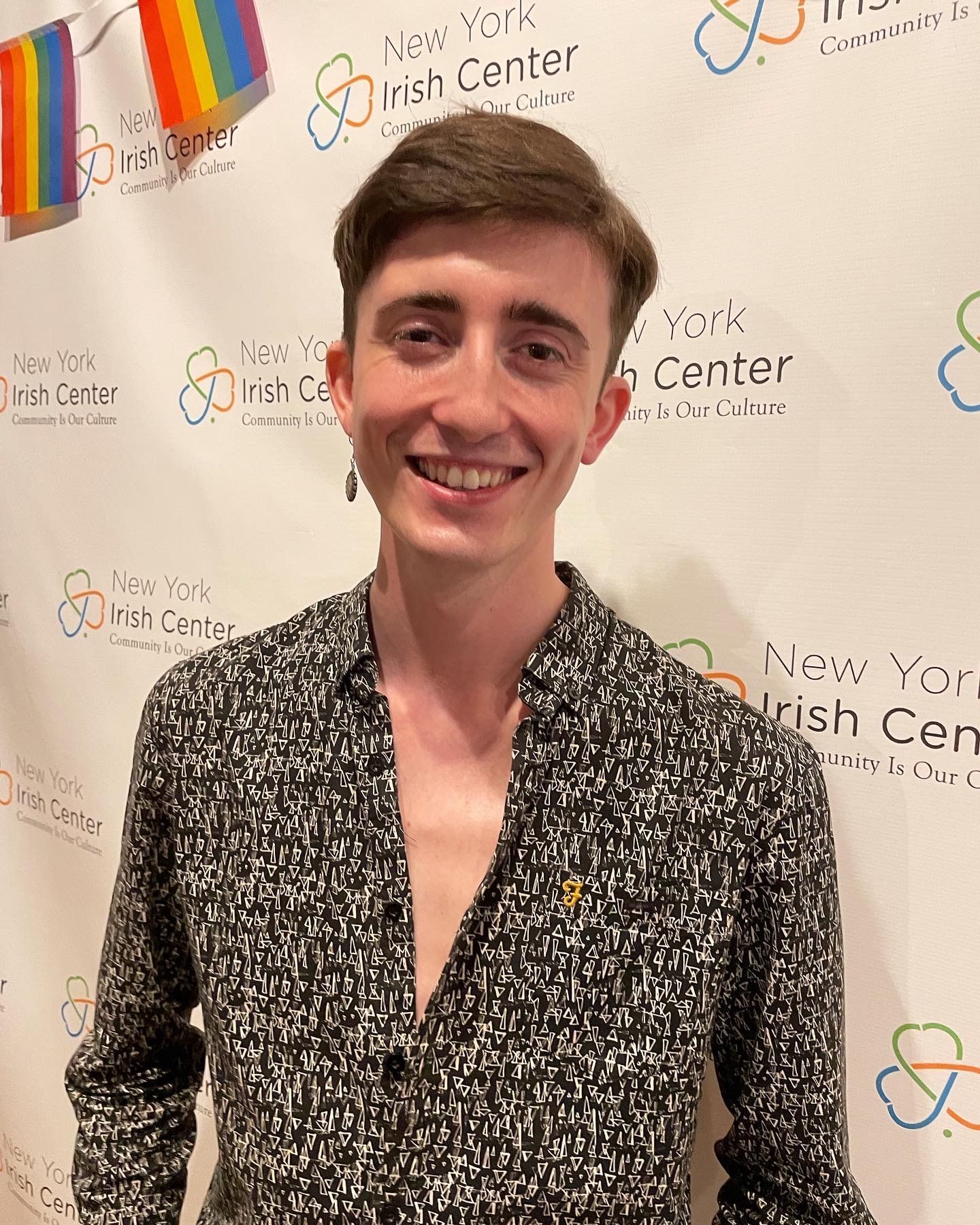 TRASNA MEIRICEÁ: How the Irish language helped a Belfast actor rediscover Ireland in the U.S.

New York had long held a fascination for Joseph Jones, or Seosamh Mac Seoin, as he’s known in Irish language circles, since he was a young child growing up in Belfast.

“What brought me to New York was my obsession with the city from a young age," he tells the Irish Echo. "It was always a dream of mine to move here,” he says.

It was the lure of the stage that first brought Joseph to these shores. Leaving behind family and friends in Ireland, he journeyed west across the pond from his native west Belfast to tread the boards.

“In 2015, I decided to take that leap of faith and moved to New York by myself for acting school. I got accepted into the Neighborhood Playhouse School of the Theatre. It was a dream come true and I've been in the city ever since. I'm now an actor and model professionally.”

The Irish language was always a part of Joseph’s life, even before he became active in the Irish language scene in New York, but it was world events, circumstance, and reflection that brought the foghlaim and fervor of the language to the fore again.

“The Irish language has always been a part of my life. I honestly couldn't see my life without it. For us Gaeilgeoirí it's more than a language, it's a community,” reflects Joseph.

“However, for most of my time in New York, I wasn't active in the language movement. That all changed in March 2020: the world shut down due to Covid, and I lost all my income. I moved back to Ireland for eight months and in that time, I decided to improve my skills and fully immerse myself in all things Gaeilge again. Fast forward to 2022, I now teach at the Irish Arts Center at the New York Irish Center as well as privately while also organizing Irish language events in the city.”

Ironically, when Jones departed Ireland in 2015, his objective was to "escape Ireland".

“New York presented the freedom and lifestyle that I needed. However, as many emigrants start to realize, I was losing a part of myself. Now I'm heavily involved in all things Irish in the city and I couldn't be happier. Perhaps the thing I was running away from this entire time is the thing that I should've been running to."

That energy and enthusiasm for the language was sparked by his upbringing in west Belfast, and the endless work and passion of those around him, who worked, against all odds, to keep the Irish language alive.

“Looking back, there has always been a positive attitude towards the language, despite the negative attitude from the state," he says,. "The respect and passion for the language were always around me. I'm forever grateful that my family gave me the gift of the language. They sent me to Irish medium education when the system was underfunded, abandoned, and discriminated against. That took a lot of courage. That's where my energy for the language comes from."

📸 IRISH LANGUAGE LAW TO BE TABLED THIS WEEK 📸

That efforts of Irish speakers in the North are coming to fruition now with Acht na Gaeilge — proposed legislation that would give the Irish language official recognition.

“Honestly, I've always had that activist side to me," he says. "I attended the first Dream Dearg/Acht na Gaeilge march in 2015 whilst at an English-speaking school. Who knows how active I would've been if I stayed? But I know that all this has led me to the point I'm at today. Creid é nó ná creid, I speak Irish daily in New York City."

Joseph is aware of growing interest in the Irish language across America.

“I know so many Americans that have become fluent and are active members of the community. Some have even brought up their kids speaking Irish with no Irish medium education to rely on. That is truly amazing, and it should inspire Irish people to do the same,” he says.

“The New York area is definitely one of the main hubs for learning Irish outside of Ireland. We have a strong and lively community that holds multiple events a month. The city offers classes at the Irish Arts Center in Manhattan; New York Irish Center in Queens; and Aisling Arts Center in the Bronx plus college courses across the state. There are Conradh na Gaeilge branches in Brooklyn and Albany. Daltaí na Gaeilge hold immersion weeks and weekends across the Tri-State Area. There is a lot of interest and with the right organizing, it could easily cement itself further.”

Adds Joseph: “The language is a gift and it's opened up so many doors for me, even halfway across the world,” says Joseph. “I teach it because I'm passionate about it. To me, Gaeilge is a modern breathing language. It's not only for communication, but it's also a movement and community that puts culture; the arts; and new ideas to the forefront. It doesn't represent the Ireland of the past; it's the progressive new Ireland that I want to be a part of.”