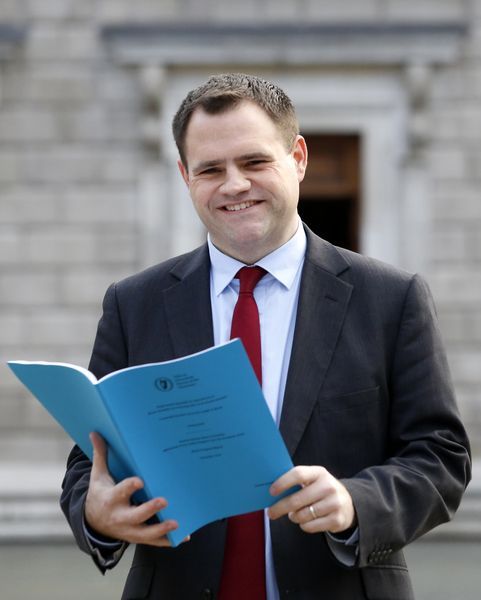 The resignation of Boris Johnson as British Prime Minister could present an opportunity for Dublin and Brussels to “re-set our relations with the UK”, according to Fine Gael’s spokesperson on EU affairs.

Neale Richmond TD added that the fall-out from Brexit has “taken a very heavy toll” on British-Irish relations.

The past 18 months under Johnson’s leadership has seen the UK government roll back on its own post-Brexit trade agreement with the EU, critically over the Northern Ireland Protocol.

“The past few weeks alone have brought these relations to a low not seen in decades; the intention of the British government to break international law by overriding the Northern Ireland Protocol and going against the will of the people of Northern Ireland has brought deep disappointment across this island,” said the TD for Dublin Rathdown, who has been a prominent critic of Brexit.

“Boris Johnson’s announcement that his tenure as prime minister will soon come to an end, both Ireland and the EU are faced with an opportunity to re-set our relations with the UK.

“It is fair to say that under Boris Johnson, relations between the UK and Ireland and the EU have taken a nose-dive.

“Resentment, harsh rhetoric, repeated violations of agreements as well as gaslighting techniques have occurred so often under this government they are now almost normalised.

Mr Richmond said a new Prime Minister in London could present an opportunity in the testing time ahead.

“This opportunity can be summed up by simply stating that if the new prime minister acts in true good faith, then relations will be on an improved path. The impact that internal politics in the Conservative party have had on the people of Northern Ireland and indeed the people of the EU is quite boggling and at times depressing.”

“We simply cannot allow the next prime minister to use Northern Ireland as a distraction tool and a political play-thing in their quest for political success. As such, the Irish government will continue to stand up for what we believe to be right; to defend the people of Northern Ireland, to defend the Good Friday Agreement and to defend international law and the EU Single Market.”