Home 'From the Bridge' is a must-see 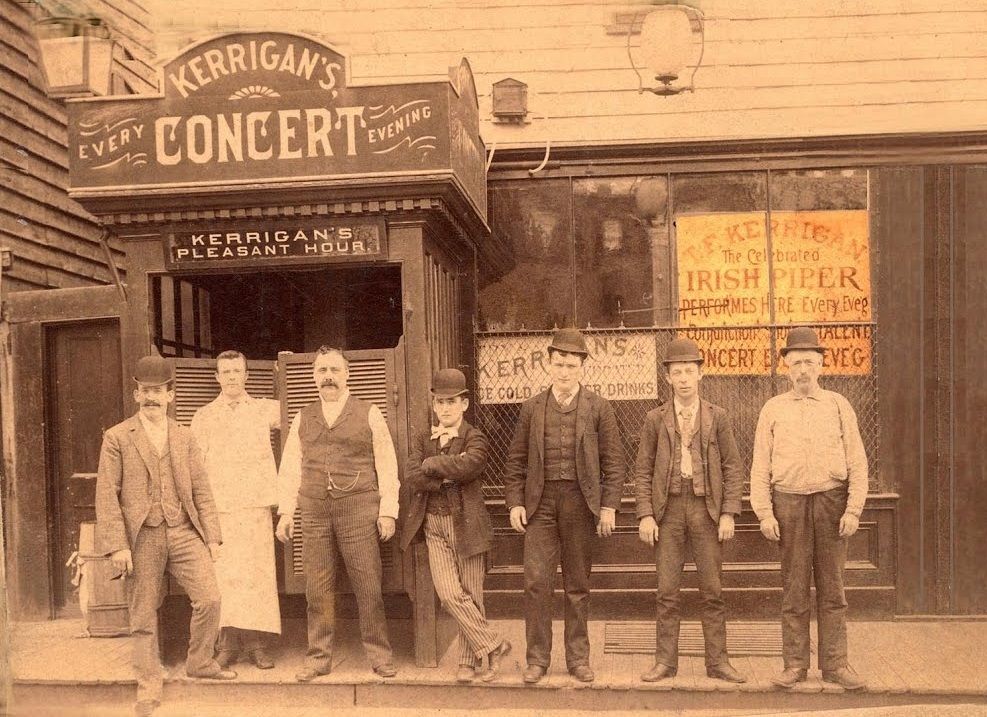 The exhibition’s scope is impressive, featuring “over 370 specially selected sound and video recordings, 190 images, as well as engaging and informative biographies of the musicians, and contextual introductions. The user can focus on a particular musician, browse through galleries and playlists, or follow a musical timeline to discover new sounds and stories. While drawing on material from the existing ITMA collection, this project has been generously and richly enhanced by the donation of previously unheard recordings and unseen images from private collections held by New York families.”

Visitors to the site (linked below) are greeted by a large red banner with a stylized illustration of the Brooklyn Bridge at its center. Clicking on the word “menu” just above the image of the bridge reveals the elements of the exhibition in full, with individual elements sorted into groups including “Early Years,” “Recording Age,” “Post World War II,” “Revival Years,” “Present Day,” and “Collections.”

However, if you choose to simply scroll down the page, it’s a slightly more curated experience, with a randomized selection from the timeline (with entrée into the detailed timeline) followed by links to the exhibition’s five centerpiece collections, “Louis Quinn,” “Charlie Mulvihill,” “Terry Rafferty,” “From Shore to Shore,” and “Don Meade,” each of which is absolutely remarkable.

From south Armagh, Louis Quinn moved to New York in 1931 and was one of the leaders of his era.  The “Louis Quinn” collection page includes 11 recordings and includes links to two additional pages, one with 8 additional recordings and an image gallery (that includes shots with Seán McGuire, Ed Reavy, Lad O’Bierne, and others) that gives Quinn’s musical world stunning visual life.

The marvelous Charlie Mulvihill collection consists of digitizations of reel-to-reel tapes and transcription discs that were made starting around the late 1940s and into the 1960s. Mulvihill was a prominent accordion player and one of the hallowed names of that era and his exhibit includes 40 incredible recordings featuring Charlie, Tommy, and Geraldine Mulvihill as well as stunning newly-shared recordings of Cathleen Brennan-Grant, Andy McGann, Paddy Reynolds, Louis Quinn, Seán McGuire, Paddy Killoran.  That these recordings still exist and are publicly available is unbelievably significant for a fan of traditional music’s history.

The “Terry Rafferty Collection” consists of videos made between 1986 and 2002 by the great Terry Rafferty, whose husband was the legendary east Galway flute player Mike Rafferty.  Many remember Rafferty and her video camera as a fixture at all manner of music events and it is possible that her work as a documentarian is without peer.  Her exhibit includes a selection of just 30 video from the hundreds of hours she captured over the years and includes wonderful videos of Mike, Mary & Paddy Rafferty, Deirdre & Martin Connolly, Maureen & John Fitzpatrick, Billy McComiskey, Jerry O'Sullivan, Paddy Reynolds, Jack Coen, Mike Preston, Charlie Coen, Tom Doherty and others.  This exhibit is one to pay special attention to, and hopefully it will be added to: over the years, Rafferty also documented many of the younger players who are now-familiar faces.

“From Shore to Shore” is a presentation of the eponymous 1993 documentary.  It was produced and directed by Patrick Mullins who did yeoman’s work documenting Irish music.  It is an excellent, if hard to find production that does an incredible job balancing archival material with contemporary interviews and performance to demonstrate the “tradition” in traditional music.  It is an excellent inclusion here.

The final stop is the “Don Meade” exhibition.  Since the early 1980s, Meade has been one of the important figures in New York’s Irish music scene and along with co-curating “From the Bridge” with folklorist Rónán Galvin, contributed a 34-page PDF outlining the personalities involved in New York’s traditional music world.  Meade is both an excellent researcher and a clear writer and this document is an important contribution that brings the history of Irish traditional music in New York together in an effective way.  The work he’s put in here is nothing short of outstanding.

It is hard to overstate the importance of “From the Bridge.”  The depth of the material is stirring, moving between merely breathtaking to truly astonishing at the click of a button.  The use of rare and in many cases unique audio and video sources to enhance the site’s first-rate research draws out the vibrancy of traditional music in New York over more than a century in a way like never before.  But it’s amount of quality material to explore here that is truly inspiring.  For example, the Mulvihill and Rafferty collections are both major contributions and either could sustain an exhibition of this nature on their own.  But to have both, in addition to the all other newly presented and freshly uncovered historic material here is just unheard of.  If you’re a fan of traditional music, I urge you to visit the exhibit and revel in its glory – it’s a stunner.  To explore, visit here.