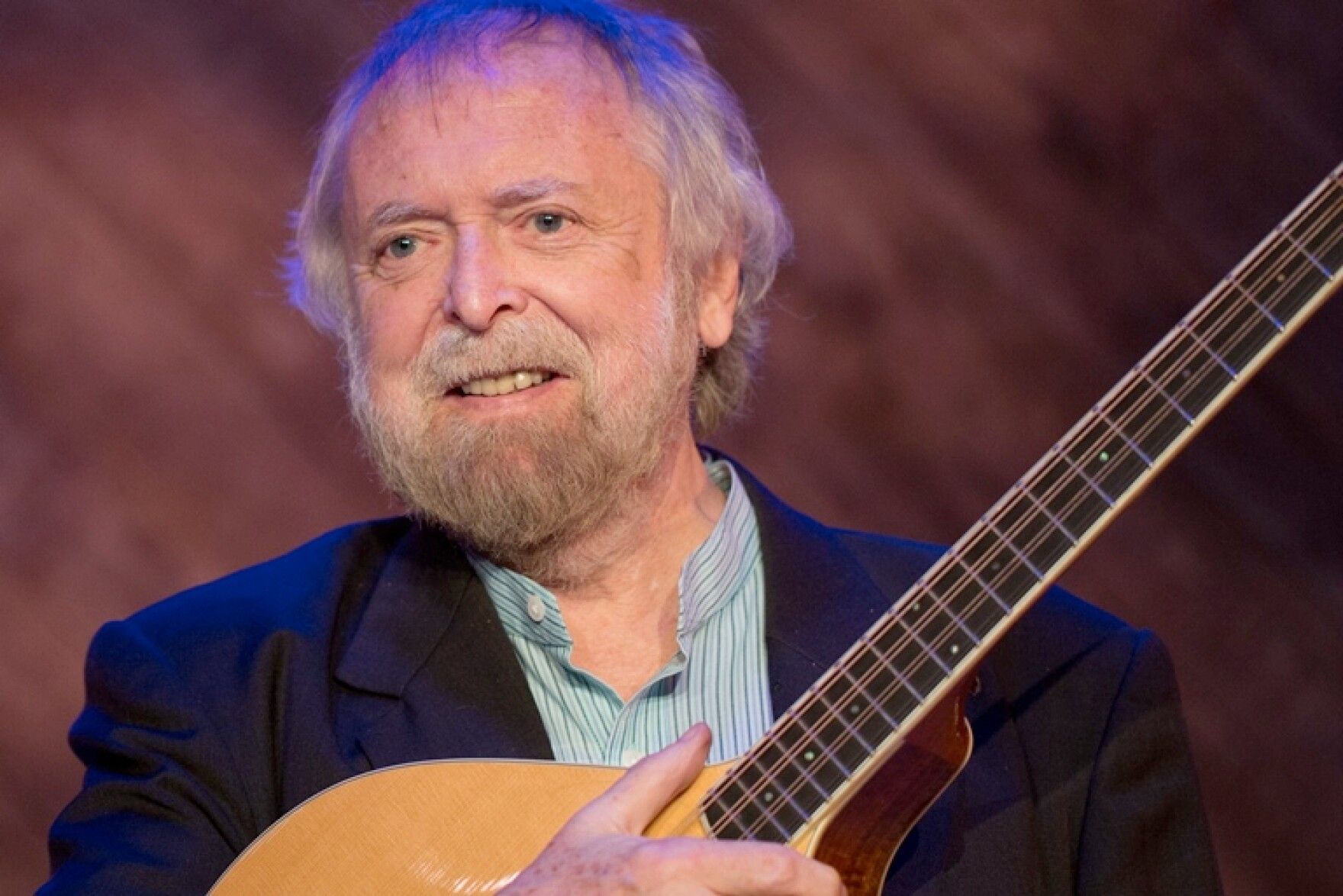 These were two typical reactions to the news yesterday that musician and historian Mick Moloney had died suddenly on Wednesday at age 77.

"With profound sadness," Glucksman Ireland House NYU and the Music Department of NYU announced in a statement the passing of the Global Distinguished Professor of Music Dr. Michael “Mick” Moloney.

"One of Irish America's legendary performers and a leading historian of Irish music, Dr. Moloney was born in Limerick and received his B.A. from University College, Dublin and his Ph.D. from the University of Pennsylvania," said the statement issued on behalf of Professor Kevin Kenny, Director of Gluckman Ireland House NYU, and Professor Michael Beckerman, Chair of the NYU Music Department.

"With his Green Fields of America ensemble, Dr. Moloney presided over the annual 'Celtic Appalachia' show, which ran over the St. Patrick's Day holiday for many years until 2021.

"He served as Advisor to the National Endowment for the Arts and the Smithsonian Institution in a variety of capacities. He was honored for his services by the U.S. Government with a National Heritage Award and by the Irish Government with a Presidential Distinguished Services Award."

The statement continued, "In 2006 NYU’s Archives of Irish America became the repository for Mick Moloney’s extensive collection of Irish American music and popular culture. Over 200 linear feet of material documenting his long career as a folklorist, producer, musician, and academic are open for research by appointment in Bobst Library’s Special Collections Center.

"We are grateful, Mick, for all the songs and stories you so generously shared.

"We extend our condolences to Mick’s son, Fintan, to his family in Ireland and in Thailand, and to his many students, friends, and collaborators across the world.

"Ní bheidh a leithéid ann arís [There will never be the likes of him again]."

From a deep well of sadness, I struggle to write these few lines. For many years, I treasured Mick’s great friendship and support. He was an inspiration to all in the United Federation of Teachers Irish Committee and the American Irish Teachers Association. After I retired, it was a joy to work closely with Mick for his Irish Cultural Tours. He was an extraordinary man, and I’ll miss him for the rest of my life.

Not since Francis O'Neill has any one individual contributed so substantially to the advancement of traditional Irish music in America.  A friend and a mentor to many, myself included, he invigorated the intellectual life of the traditional music community as a scholar, performer, organizer and leader.  He had the greatest respect for the tradition and over the decades helped many, many people realize their potential in this music. The hole he leaves cannot be filled, and he will be sorely missed. [See here for Neely's column about Moloney in the Aug. 3, 2022, issue of the Irish Echo.]

We mourn with sadness and the greatest respect the sudden passing of our friend, colleague and mentor, Mick Moloney.

Mick’s impact on Irish-American culture, and his influence on the growth and development of Irish Arts Center, are immeasurable. We are so grateful for the thousands of stories and musical moments we shared over the last 15 years, and extend our condolences to his family and to the enormous community of artists, audiences, and colleagues he supported and influenced so generously over the course of his marvelous, profoundly consequential life.

There will be more to say in the days ahead, but for now: Thank you, Mick.

Ted Smyth, President of the Advisory Board, Glucksman Ireland House

I can’t believe that the great Mick Moloney has died. Such terribly sad and shocking news and a critical loss to Ireland, to Irish America and to Irish music worldwide. A great flame of musical joy and friendship has been extinguished.

Mick was unfailingly generous in sharing his many talents, only last  weekend playing to large crowds at the Maine Celtic Festival in Belfast, including patiently encouraging the young musicians who attended. Mick’s public lectures at Glucksman Ireland House were always packed.

Although we’ve been friends for decades, I had the pleasure only recently of taking his History of Irish American Music MA class at NYU, relishing Mick’s immense love of research, his inclusivity, his humanity, and his talent for teaching. After class, Mick was always happy to join students for a cuppa tea at a local hostelry.

Mick donated his talents to many public causes, memorably performing online from Thailand for a series of “Irish for Biden” events in 2020. There will be many occasions to mourn our great loss and to celebrate Mick’s achievements. For now, we send deepest sympathy to his family. For Mick it can truly be said, Ní Bheidh A Leithéid Ann Arís.

He was in the museum with Leni Sloan on July 13 where they discussed Irish- and African-Americans' entwined history and culture. He was at his absolute best, telling stories and educating an enthralled audience, several of whom emailed afterwards to say how profound they found the night. He received an award from the Michael Flanagan Irish Music Heritage for his work for Irish music - he was awarded it at the Fleadh in Ireland in 2016, and they made a presentation to him that night. He has been a mentor and inspiration to so many people here and his death is a huge loss for Irish music and Irish America. Ar dheis De go raibh a anam dilis. Ni bheidh a leithead aris ann.

Some years ago, I brought two folk musicians from the Czech Republic to play a concert at the Bohemian Hall. Before you could say boo, Mick had them playing along with the Irish Music Ensemble and then had them teach some songs. That was Mick. In addition to being a world-class musician, he was one of the great collaborators, and a genius at bringing different kinds of people together. We're still in shock, but I know he's the kind of person we'll miss more, rather than less, as time goes by. A tremendous loss from the Department of Music, Ireland House, and the entire university.

My earliest days at Irish Arts Center included an introduction to Mick Moloney through "Absolutely Irish!", a concert filmed for PBS at our home in Hell’s Kitchen, featuring Mick in his element as host and entertainer. From there I had the good fortune to learn from and work with him, and the ever-expanding community of beautiful artists he always included, for nearly 15 years. As all who have encountered him know, his impact is immeasurable and his capacity to entertain and educate unparalleled. His legacy is that of the global traditional folk arts community he helped build and inspire, exploring and celebrating connections between Irish and Irish-American traditions with cultures the world over. The mark he has left is an indelible one, imprinted not only on our own heavy hearts, but also one that will last for generations to come.

We love and miss you, Mick.

I knew Mick as a colleague and a friend for 25 years, both at NYU and at Boston College. I have many warm memories of our time together but what I will always remember most is his extraordinary calm as a performer, his complete mastery of his art.

Over the past 30 years, Mick and I shared stages at the Tenement Museum, Symphony Space and Wabash College.  Mick made pioneering, truly significant contributions to the study of Irish-American music and its role in the making of American musical traditions. A delightful companion and endlessly entertaining raconteur, he was a learned man who wore his learning lightly. It's painful to lose such a friend. Requiscat in pace.