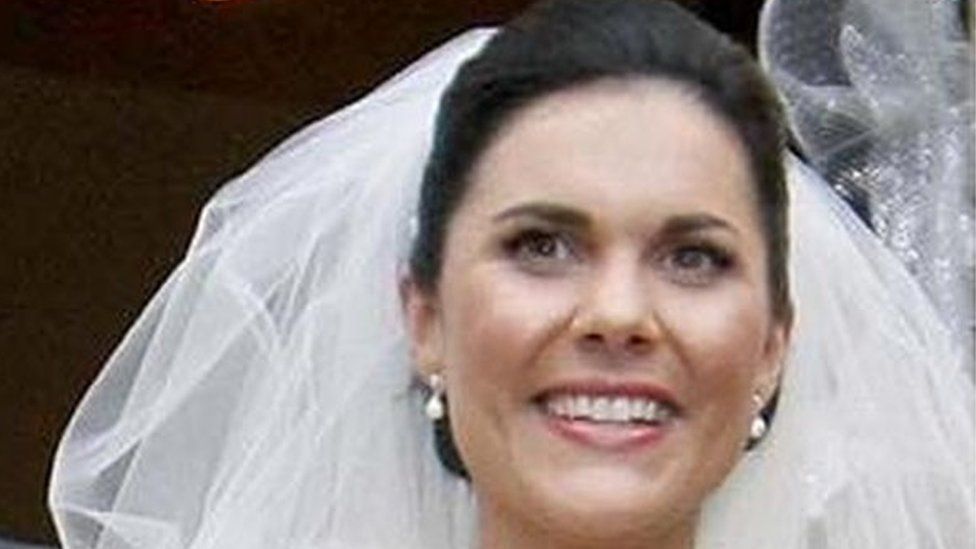 Michaela McAreavey on her wedding day.

Armagh and Tyrone footballers and fans have taken part in a minute’s applause for the Harte and McAreavey families.

It followed widespread revulsion throughout Ireland after a video was made public showing Orange Order members singing a song about the murder of Michaela McAreavey, who died on honeymoon in Mauritius in 2011.

Michaela was on the tenth day of her honeymoon with her husband John when she was cruelly murdered.

On Sunday, before the Armagh-Tyrone Senior Football Championship Qualifier at the Athletic Grounds in Armagh City, over 20,000 spectators joined the players in a minute’s applause. Then during the 27th minute, the spectators took to their feet and applauded again for another minute. Michaela McAreavey was just 27 when she was murdered in her hotel room.

There has been universal criticism of those who took part in signing the vile song at Dundonald Orange Hall outside Belfast. The sickening scene was filmed before an Orange order march on May 30 to celebrate the 100th anniversary of partition.

Many of those seen signing the song have been named on social media and are now facing investigation by their employers. Some have apologized for their actions and said that they have resigned from the Orange Order. The man who filmed the video has a conviction for possessing a firearm.

Justice Minister Naomi Long said the video showed that there is a “deep cancer of sectarianism at the heart of our society."

“We need to root that out because that kind of bitterness and hatred really has no place in the modern Northern Ireland and we need to move beyond that and be our best selves rather than constantly reverting to this kind of behaviour, or having that small minority who behave in this way constantly dragging us back.”

In a statement the Orange Order said: “The video currently circulating on social media relating to the murder of Michaela McAreavey is utterly abhorrent and the Orange Institution condemns the content without reservation. The behaviour of those involved and their actions have no place in our society and certainly do not reflect the ethos of our organisation.

“The Grand Orange Lodge of Ireland has instigated an inquiry into the incident and if any of those involved are found to be members of the Institution, they will face disciplinary proceedings.”