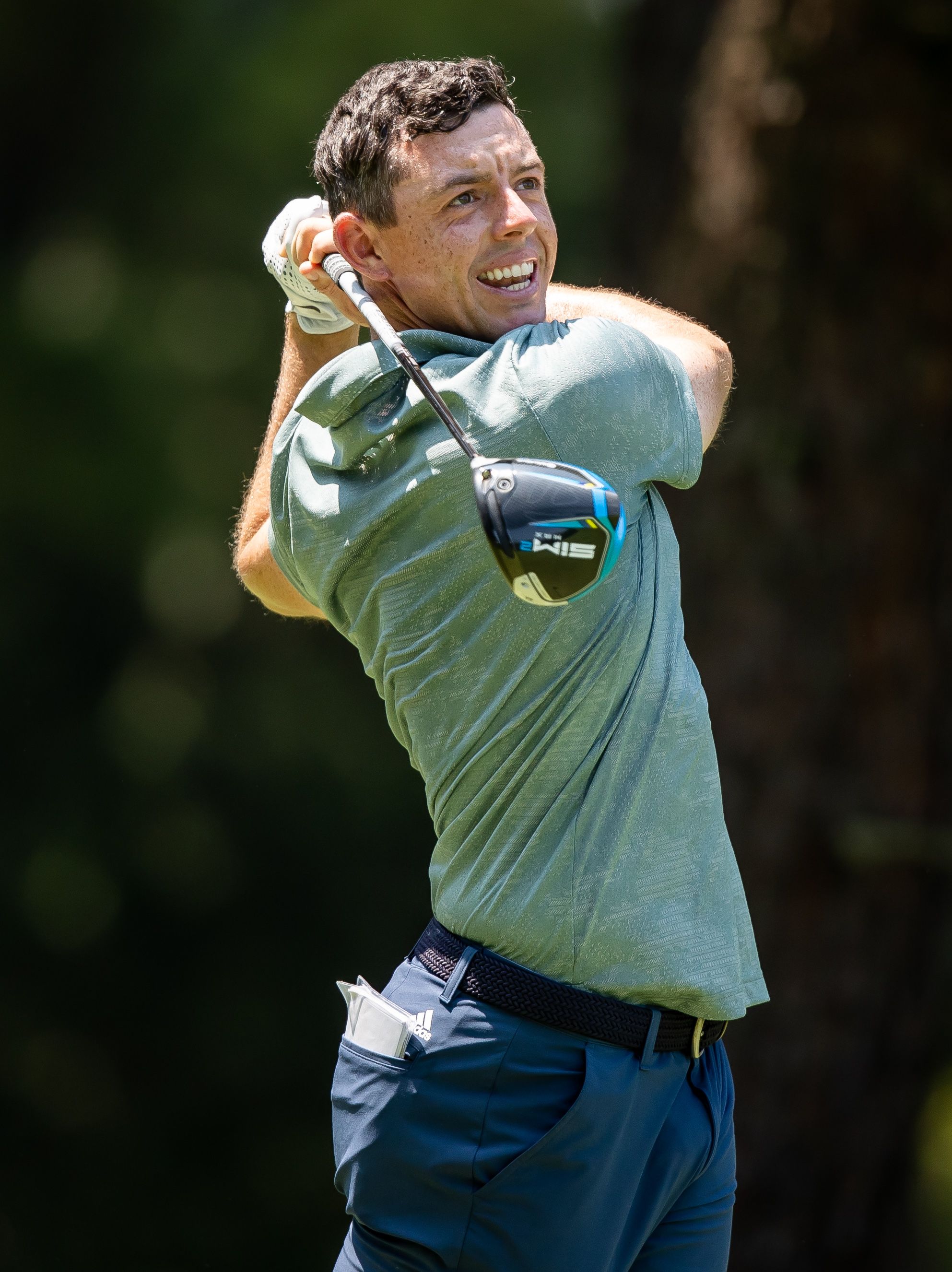 Frequently has it been said about Rory McIlroy that when he’s at full command of his game, there is nobody better. That certainly appeared to be the case on Sunday in the final round of the Canadian Open, which he won by two strokes.

McIlroy, who arrived as the defending champion (the event having last been played in 2019), avoided the travails that have beset him in recent months. He was always in contention, although he didn’t reach the top of the leaderboard until he was on the back nine on Saturday.

McIlroy’s putter was crazy hot on Thursday as he rolled in four birdie putts from distances greater than 10 feet. His iron play was sensational as well, including an approach shot at 12 on Saturday that landed within two feet of the pin. The resulting birdie gave him a share of the lead.

The course, St. George’s in Toronto, was in especially receptive form as scores in the low 60s became typical, rather than exceptional, and McIlroy took full advantage.

Sunday’s round began auspiciously when McIlroy rolled in a birdie putt from 26 feet. An approach shot at the fourth landed less than four feet from the pin, leading to another birdie. He then went into overdrive, plucking birdie at six of the next seven holes, beginning with a successful chip for birdie at the sixth.

At the 10th hole, McIlroy’s eagle chip out of especially thick grass stopped rolling within a hair’s breadth of the cup, his ball needing just one more spin to have dropped. He settled for birdie. At the next hole, he nearly holed out from 111 yards away in the fairway. A dead-on 39-foot putt at 12 seemed almost pedestrian stacked against that which preceded it.

At this point, McIlroy held a three-stroke lead but Justin Thomas wouldn’t go away. McIlroy three-putted 13 to see the lead trimmed to two, and it was reduced again at 14 due to a Thomas birdie.

The next two holes augured bad tidings for McIlroy. His tee shot at 15 sailed into the left rough and, although he got out okay, striking his ball to within two feet of the pin, he then pushed his birdie putt left and settled for par. His tee shot at the par-3 16th landed in a greenside bunker and then a 10-foot putt for par had a little too much speed, hit the side of the cup and skipped a few feet away. The bogey left him tied with Thomas.

Thomas’s luck ran out at 17, however. Just like that, he took bogey as McIlroy stiffed an approach shot to just over two feet from the pin, with the subsequent birdie putting the defending champ two strokes up heading to the 18th tee.

Another McIlroy birdie followed at 18 and he held onto the title by two strokes over Tony Finau, with a wilting Thomas another two strokes back in third place.

The win, McIlroy’s 21st on the PGA Tour, moved him up to joint-31st on the Tour’s all-time wins list.

“It means an awful lot,” McIlroy said. “I feel like it’s getting tougher and tougher to win on the PGA Tour. Just look at the two guys (Thomas and Finau) that I played with today. I went out with a lead and had to shoot 8-under-par to get the job done. So, the depth of talent on this tour is really, really impressive.”

Regular caddie Harry Diamond had the week off to tend to his pregnant wife, with rugby star Niall O’Connor on the bag in his stead. Although Diamond will be back soon enough, McIlroy suggested that the switch may have had an unintentional benefit that will pay dividends going forward.

“One of the things this week, which I don’t do usually, is I was pacing out all my yardage, writing all my notes down in my yardage book,” McIlroy said about a task that he had delegated to Diamond. “Honestly, I think that helped. I take on a little more of the load but I think it really helped in terms of my mentality and my approach to some shots. So, I think I’m going to keep doing it.”

This performance couldn’t have come at a better time or venue as McIlroy jumps right into this week’s U.S. Open at Brookline in Massachusetts.

“Overall, I thought it was a great week to prepare for the U.S. Open and there’s no better way to prepare yourself for tournament golf than to be in contention, having to hit the shots when you need to,” McIlroy said. “[Brookline’s] a similar style of golf, it will probably be a similar setup in some ways.”

Shane Lowry also had a fine outing, earning a share of 10th place, nine strokes off McIlroy’s winning number. He posted rounds of 67, 69, 69 and 66.

Another title defense didn’t go as well. Jon Caldwell returned to Sweden for the Volvo Scandinavian Mixed, which yielded his breakthrough win last summer. He made the cut on the number after consecutive rounds of 71, following with 72 and 70 on the weekend to snag a share of 37th place.

This was his first 72-holer after missing the cut in the four previous events. At 181st on the Tour’s Order of Merit, he has work to do if he’s going to maintain his Tour card for 2023.

Graeme McDowell finished 10th in this controversial circuit’s inaugural event at the Centurion Club in Hertfordshire, England. He shot 74, 71 and 66 to finish a stroke over par and eight behind Charl Schwartzel.

No sooner had Leona Maguire appeared to have turned a corner than she took another step backward. One week after a top-10 finish in the U.S. Women’s Open, she added to her mounting list of missed cuts at the Shop-Rite LPGA Classic at the Seaview Resort in New Jersey. Even par for 36 holes would have gotten her onto the course on Sunday but consecutive 73s forestalled that.

Maguire ran into trouble early in both rounds. She bogeyed three of her first five holes on Friday and pulled a double bogey-6 at the second hole on Saturday.

Stephanie Meadow sat out this event. The ladies soldier on to Belmont, Mich. for this week’s Meijer Classic.

All Dermot McElroy could do was wait and hope. The 67 that he shot in the third and final round of the World Snooker and Jessie May Championship at Donnington Grove in Newbury, England installed him as the clubhouse leader with a sizable contingent still on the course.

Fate smiled on him when Benjamin Jones failed to birdie the 18th hole, leaving that rival 7-under-par for the event and level with McElroy. But Nick Cunningham didn’t comply; his birdie at 18 put him a stroke up on McElroy and Jones, which was good for the championship. McElroy, who finished seventh on this tour’s Order of Merit in 2021, shared second place with Jones.

Opening rounds of 72 and 70 didn’t suggest that McElroy would be in the mix on Friday but he got hot on the front nine, with five birdies. An eagle at 13 was the lone bright spot on the back nine. His inability to gain headway on Donnington’s five finishing holes – one bogey, no birdies – over the three days loomed large in his falling short. Yet, his closing 67 was co-low round for the day.