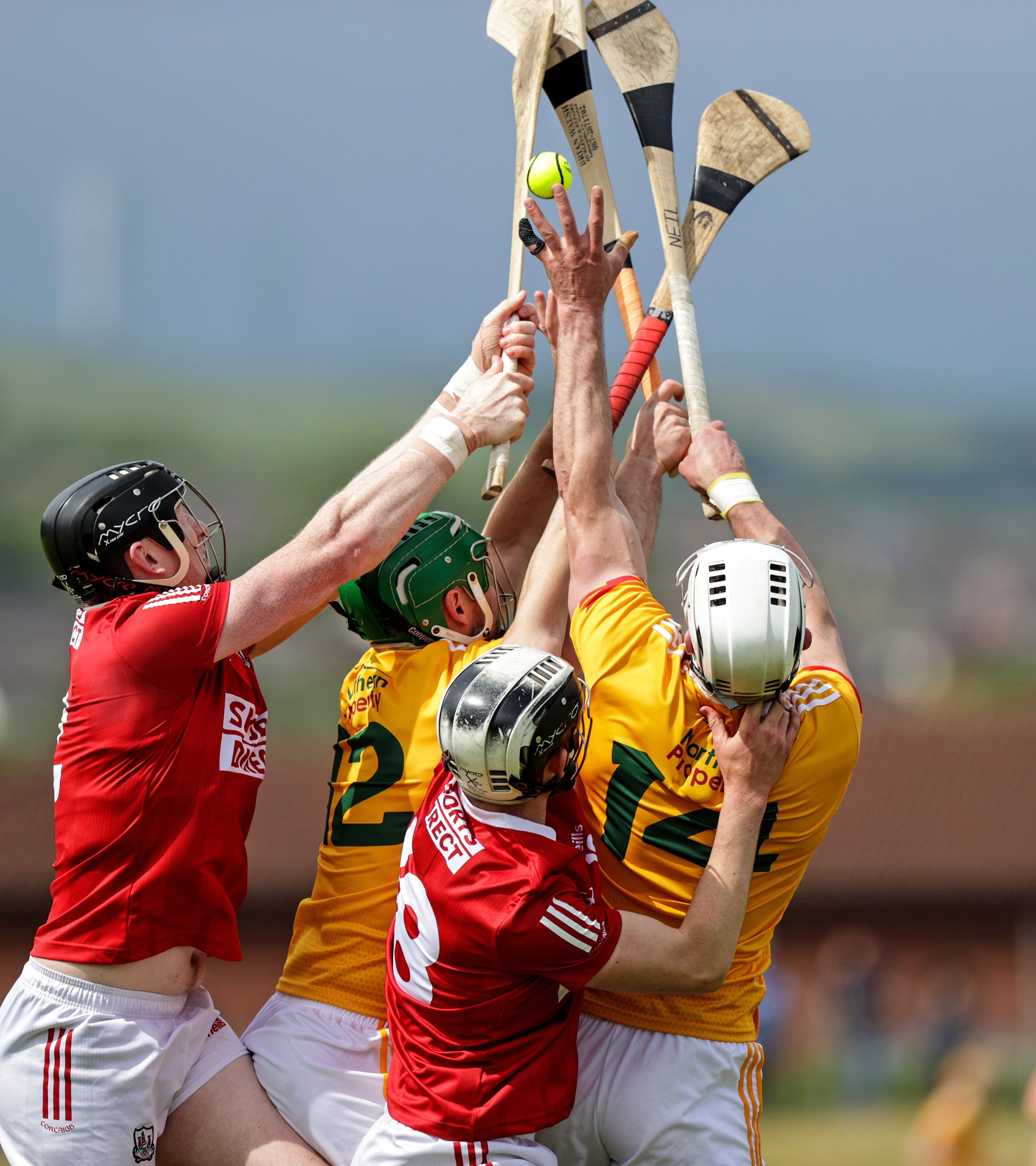 The venerable Roman poet Horace once proclaimed that a good start was half the battle. Though Westmeath got a great start in this clash of the ash, they led by nine points in the opening quarter, it definitely didn’t hold up. Conor Dalton and Jer McPartland were having the proverbial blinders, while Daniel Mangan, Trevor Fallon, Luke Prendergast, Sean Garvey and company rained over points. Dylan Mulligan did eventually get Waterford on the scoreboard, but it appeared to have little effect on stymieing Westmeath’s scoring spree as Jer McPartland added a brace to have his team leading by 0-10 to 0-1 with ten minutes left in the period.

Waterford began to find the range as midfielders Jason O’Donoghue and Declan Murphy improved the supply lines to put three unanswered points on the board courtesy of Mulligan(2) and Murphy himself. Westmeath responded in kind as Jer McPartland set up Mark Dowds for a goal to maintain the nine point differential with just five minutes left in the half.

Overall it was a great team performance by the Deise boys, and though Westmeath maestro Tom Nugent will be disappointed that the Lakesiders didn’t win in their return to senior hurling, he’s adamant that there are better days ahead, and I wouldn’t doubt him. As RTE’s inimitable Michael O’Muircheartaigh would say, it was a game of two halves, and of course Michael is being inducted into New York’s GAA first ever Hall of Fame on July 22nd in the National Convention Center in Dublin. Other Inductees will be Jim Gavin, Joe Canning, Briege Corkery and Mike Carty.

This senior championship between two predominantly American-born teams failed to live up to its expectation as Barnabas had a rather easy victory.  However in the opening quarter, the exchanges were relatively balanced.  Jack Reilly opened the scoring and Tiernan Mathers followed with a goal.

When play switched to the other end a foul on Brian Twomey ended with Shay McElligott pointing the free. That was followed by a strong run down the right wing by Conor McIntyre. He looked to have a goal in mind but he punched over as the angle narrowed. St. Barnabas went back on the offensive, but sterling defensive work by keeper O’Hora and his backs kept the score board from advancing, well for a short period, anyway.

You can’t hold back the tide forever, especially the Barnabas scoring tide. Tiernan Mathers initiated a wave of scores with a point, and Brendan Martin entered the game and made his presence felt immediately with a few points.  Jack Reilly added a goal to culminate a good four player movement, and Shane Brosnan was proving to be a very capable conduit as he set up scoring opportunities for his team-mates. Barnabas went in leading 2-7 to 0-2 at the short whistle.

Little changed in the second half, the Barnabas forwards were busy, and of course keeper O’Hora had to be on full alert all through.  Barnabas were able to empty their bench, and Brendan Martin accentuated his impressive display with a good goal, with plenty of help from his friends. Shay McElligott and Emmett Loughnane managed to score points, and Ciaran got a goal, but it just put a veneer of respectability on the score-board.

This was another very impressive performance from Manhattan and they look positioned to dominate the intermediate division. Though Darren O’Reilly opened the scoring for the Breffni Blues in the first attack, it was the Gaels who were calling the shots and getting scores in the first quarter.

Jordan Kiely was proving to be a handful in the corner, and he was unlucky to see a palmed effort rebound off the crossbar that seemed to be destined to the net. However a ball hopped over the bar after Shay Grimley sent a speculative shot into the goalmouth for their first score.  Eoghan Carew quickly fired over another from a placed ball after Kiely was illegally impeded. The speedy corner forward punished a poor kick-out by blasting the ball to the net to have his team ahead by 1-03 to 0-1 at the end of the quarter.

For the next ten minutes Cavan had a mini scoring spree as Eoin Curry, Fintan O’Shea and company shuttered the defense a bit, while Ronan Fitzsimons had a brace and Stephen Harten also pointed. However Gaels finished the period strongly as Kiely pointed after experiencing a late tackle, while John Collins landed a fine long range effort. Free-taker Carew finished out the scoring to have his team ahead by 1-6 to 0-4 at the short whistle.

The exchanges were much more evenly balanced in the second half. Kiely and Fitzsimons exchanged minors, before Kiely once again accentuated his class with a lovely point from an acute angle, and Carew set up Collins for his second. Cavan battled back as midfielders McGoldrick and Kennedy were becoming more assertive and aggressive, thus setting the stage for a brace from Darren O’Reilly, and a single from Kennedy.  However the Gales were still in pole position as Carew landed a “45” and a close-in free, while Sean Collins came off the bench to land a fine score.

Then with ten minutes left the Gaels led by 1-12 to 0-8, but Cavan were not about to throw in the towel. First JJ Williams managed to get a point despite very close attention from his minders. Then a powerful run by McGoldrick ended with the ball in the net, and just a goal between the sides. However any attempt at a further comeback was quickly debunked as Carew capitalized maximally on a Cavan defensive snafu to score their second goal, thus guaranteeing victory as time ebbed away. Cavan would add a further two points, courtesy of Fitzsimons and Goldrick, while a Sean Collins point bookmarked a very impressive tally for the Manhattanities. Overall it was very entertaining and sporting game, with the Gaels more consistent and more explosive up front through the hour.

It’s often been said that long threating comes at last. Well that certainly is case regarding the planned new building at Gaelic Park. Nearly two and half years ago, plans were in order, the requisite permits were obtained, but then Covid intervened, and of course everything stopped. Sadly the area, that was once the Mecca of Gaeldom, began to look like a scene from Oliver Goldsmith’s poem, the Deserted Village. Thankfully that despairing depiction will be consigned to the construction dustbin, as work has finally begun I have often used the expression about shots being like pile-drivers, without having much of a clue what a pile-driver was, well, until last week, anyway. Yes there are currently real pile-drivers at Gaelic Park which will be used to support the new 17,000 sq. ft. plus building. I’ve being informed that due to underground water sources, piles are mandated for the foundation.

Next Friday at 7:00 pm, there will a mass at St. Barnabas Church for the late Martin Lowery who passed away on April 3rd.Martin, a resident of Galway, Westmeath, Down and of course New York, where he played with the Connemara Gaels Club in the 70s.