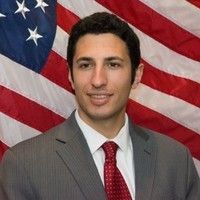 Boris Johnson will be getting a letter from the county just north of the city he was born in.

The letter is gathering signatures from among other Westchester legislators.

The letter reads: "My name is David Tubiolo and I represent the 14th Legislative District on the Westchester Board of Legislators in Westchester County, New York. I am writing this letter to urge the British government not to undermine The Good Friday Agreement.

"I am deeply troubled by media reports that the British government might violate The Good Friday Agreement. Any such actions risk the unravelling of decades of work that sought to bring The Troubles to an end.

"Furthermore, any unilateral changes to the Northern Ireland Protocol on the part of your government could potentially exacerbate ongoing trade issues between the European Union and the United Kingdom. Against the backdrop of war and turmoil in Eastern Europe, we should be seeking to maximize harmony between the EU and the UK, not undermine it.

"The agreement signed on 10 April 1998 ended most of the violence of The Troubles. It was a significant development and one that gave great impetus to the peace process. By undermining the agreement, you will create a higher risk of reigniting The Troubles.

"I am proud to represent the greatest concentration of the Irish population in Westchester County. At the heart of that community is McLean Avenue in Yonkers, where all 32 Counties are represented.

"And all 32 counties of Ireland have a stake in the continuance of peace and economic prosperity on the island, as does your government."