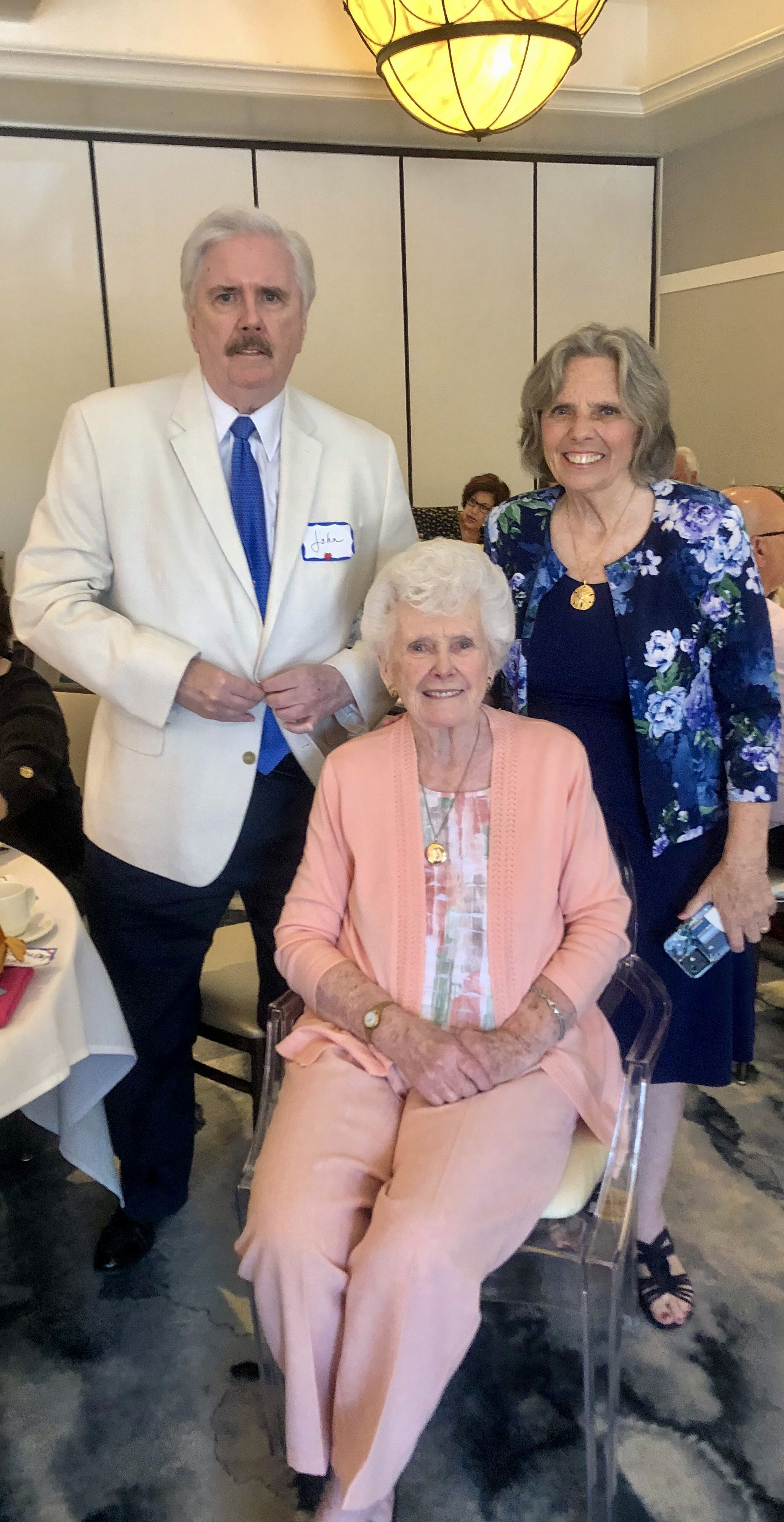 Centenarian Mary with her daughter Maureen and son John. Photo by Molly Smith

BOSTON --- When Mary Elizabeth Murray McCarthy was born in 1922,  Warren Harding was president, the New York Giants were on their way to winning the World Series, and the price of a gallon of gasoline was 25 cents.
On Sunday, June 5,  Mary celebrated her 100th birthday surrounded by loving family members and friends from all over the country who came to pay tribute to someone widely known for her generosity, kindness, active mind, sense of humor and Irish wit.
Her mother, Anna (Ahern) Murray came to the U.S. from Limerick at age 16 and later fell in love with a railroad brakeman from Roscommon, Kieran Murray, who had earned a Victory Medal for serving in World War I. After their marriage in 1919, the Murrays and their two oldest daughters, including 5-month-old Mary, moved into the West Roxbury home where Mary has happily lived for the past one hundred years.
"Every day before my father would go to work, he knelt on the chair, blessed himself, and prayed for a safe day at work. He was a coupler for the railroad, a very dangerous profession, and he always reminded us, 'Ye behave ye-selves,'" Mary told the Echo.
Mary married Jack McCarthy and they had three children, including John and Maureen, who organized Mary's birthday celebration. Their brother, Larry, passed away at age 45. Mary's favorite spot to visit in Ireland is the Murray homestead in Roscommon, along the banks of the Shannon River.
Among those in attendance at Mary's birthday bash at the Four Points Sheraton was Bob Fino, a friend who turned 90 on St. Patrick's Day. He and others told the Echo that Mary has an amazing memory about events from years ago, which she invariably recalls in vivid detail with her characteristic humor. Popular senior priest Father Charlie Bourke, who is Mary's nephew and her godson, gave the blessing at the event.
Besides having a sharp mind, Mary is known for being physically active. According to senior exercise instructor Eileen Smith, who teaches  gentle exercise classes in the community, Mary has been an inspiration to others in in the group sessions.
"She 's got an upbeat attitude, is always smiling, and has a radiant quality about her," Smith said. "She's a joy to be around."
Mary likes hot fudge sundaes, shepherd's pie, and an afternoon cup of tea with a couple of slices of Irish bread. Happy birthday, Mary!