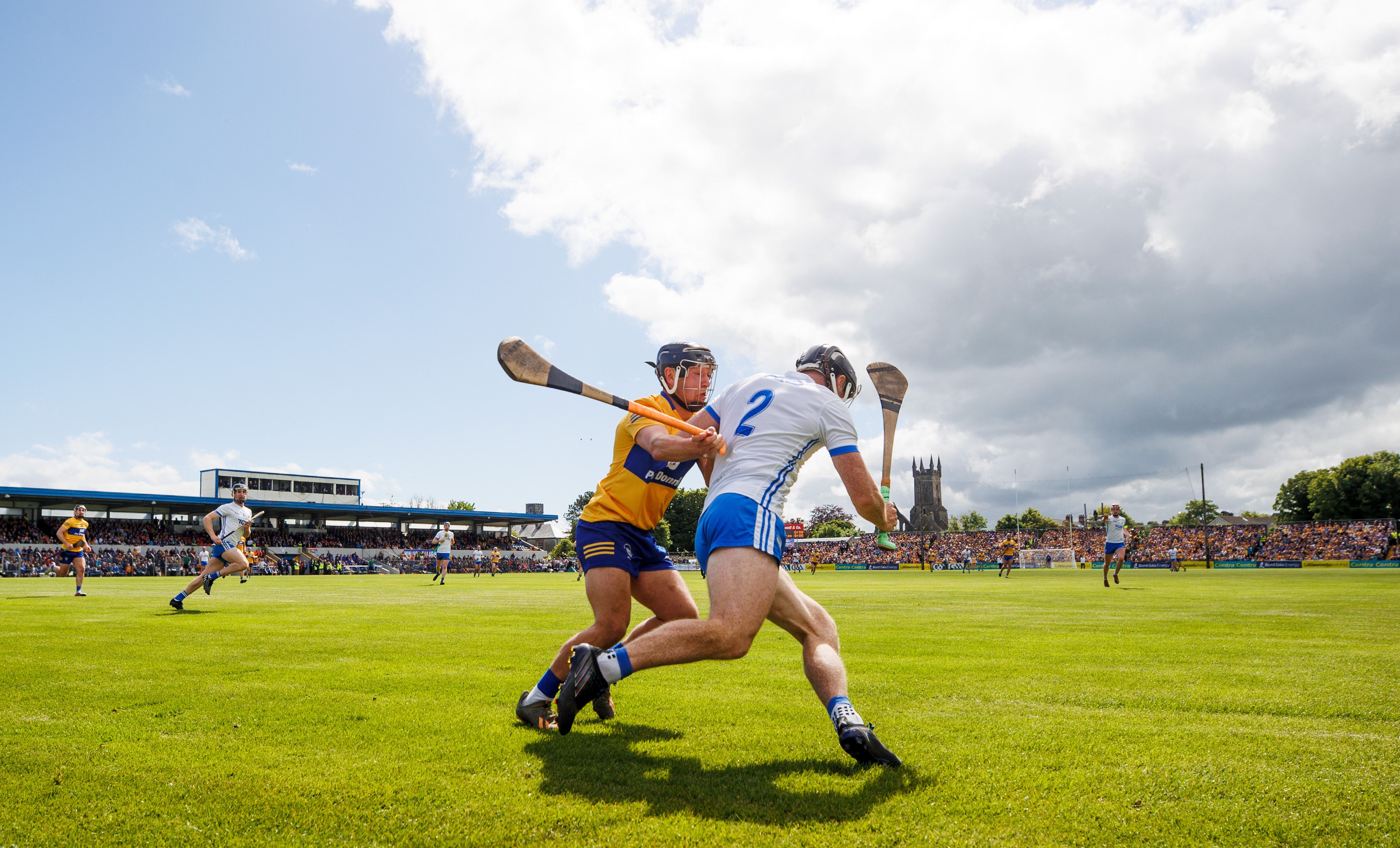 Now answer me this – when was the last time you saw a Brian Cody team beaten for passion and desire, particularly when they were playing in their home back yard of Nowlan Park?

Well, that’s exactly what happened to them on Saturday evening when Wexford fought for their very lives to stay in this year’s championship by their burning desire to win every ball, close down every man and ultimately outscore a team full of  deadly marksmen on paper.

Their four-point win means that Darragh Egan and his squad will train on for the All Ireland series while by virtue of their plus scoring, Kilkenny will advance to meet Galway in the Leinster final early next month. Wexford go into the All Ireland quarter-finals where they will be paired against one of the Joe McDonagh finalists.

This was the first time in seven attempts that they came out the right side of championship fare when staged in the Marble City and they had heroes all over the field. Start with the defence where sweeper Diarmuid O'Keeffe played out of his skin with Liam Ryan his able deputy at full back.  Salute too Damien Reck for the disciplined way he marshalled Cats dangerman Eoin Cody.

And don’t forget the colossus that was Lee Chin at midfield and sometime half forward for the course of this intriguing game in which Kilkenny set up an early lead with a goal and looked as if they would cakewalk through the rest of the encounter.

Egan had shipped some criticism at the way he set the season up for the Model county but he was beyond reproach on this occasion with even his subs proving master strokes as Connal Flood, Mikie Dwyer and Cathal Dunbar all made scoring contributions when introduced.

The crowd  of overall 13,500 knew they were in for a game when Wexford battled back from being four points behind to lead by three at the interval  (1-11 to 1-8).

The first half goals came from Martin Keoghan who was on the end of a great Kilkenny move early doors in the encounter, but just before half time Oisin Foley scorched through the hosts backline to expertly finish beyond Eoin Murphy’s grasp.

Kilkenny don’t go away lightly no matter what the circumstances are and when TJ Reid levelled midway through the second half, it looked as if they might push on and claim victory.

Chin instead gave Wexford breathing space, but that again was dissolved by the hour mark on 1-16 each.

Cometh the hour, cometh the Wexford power surge as Ryan, Connal Flood and Chin all pointed to the delight of the big travelling fans in the stadium.

When elusive Wexford sub, Mikie Dwyer.  Slotted over the next score, it was the show of defiance which was heralded all the way back to Slaneyside.

Galway set up rematch vs. Cody

When Henry Shefflin guided his new charges in Galway to a controversial one-point win over his old guru Brian Cody’s Kilkenny in this round robin series a month ago, their after-match handshake dominated the headlines for the week.

Now hurling lovers have got what they wanted – a re-run with Cody looking for revenge against his former star pupil in the Leinster Final.

Shefflin took the direct route to the final with nine points out of 10 while Cody had to count on scoring  difference to get him there after losses in the series to Galway and Wexford.

Said the Galway Boss: “The direct route, I think, is the best way to go. It's always good to get to finals and that's where we've ended up. I wouldn't say I was necessarily happy with how we performed but the breeze was strong even though it looked like we got a bit of a handle on it just before half time.

“We went three points ahead and they came back with the last two scores just before the break. We then had a phase of play and threw a couple of scores together. We did that early in the second half, the wind was strong and was going to be a factor in the game.

"You're looking for your identity and your identity should be your workrate. Conor Cooney missed a penalty and a few frees but he was our biggest tackler out there. He put in a serious shift.

"That's what you're looking for. All the teams are putting in massive efforts that we don't see behind the scenes, gym work and all that kind of stuff. It's great then to see the lads put all that work on the line."

Looking forward to the Leinster Final, he said: “Every game takes on a life of its own. It's a cliché but it's so true. It's a final and both teams will prepare for it and the best team will win thereafter.”

Shefflin’s biggest worry ahead of the big game will be the injuries suffered by two influential members of his team, David Burke and Padraic Mannion.

Dublin had gone back alarmingly and missed so many clear-cut chances they were lucky to be just one point behind - 0-12 to 0-11 -  at half time in front of 10,500 in Salthill.

They depended too much on the accuracy of  Donal Burke for scores who ended up scoring 0-14 of his sides total while the other forwards didn’t chip in with enough scores of their own.

Conor Cooney is stepping into the shoes of Joe Canning and with his haul of 0-13 has become the second highest scorer behind the recently retired star.

Unlike Dublin though, he has the likes of Conor Whelan, with four points, his brother Joe with 0-2 and Cathal Mannion with 0-3 to complement his score-taking.

The final round robin series of the Munster championship turned into two damp squibs as Cork advanced as the third team from the province behind finalists Limerick and Clare to the All-Ireland series.

The Deise were many people’s second favorites for the All Ireland this year following their early season league victory but after losses to Limerick and at home to Cork, they fell asunder and are now left twiddling their thumbs until next spring.