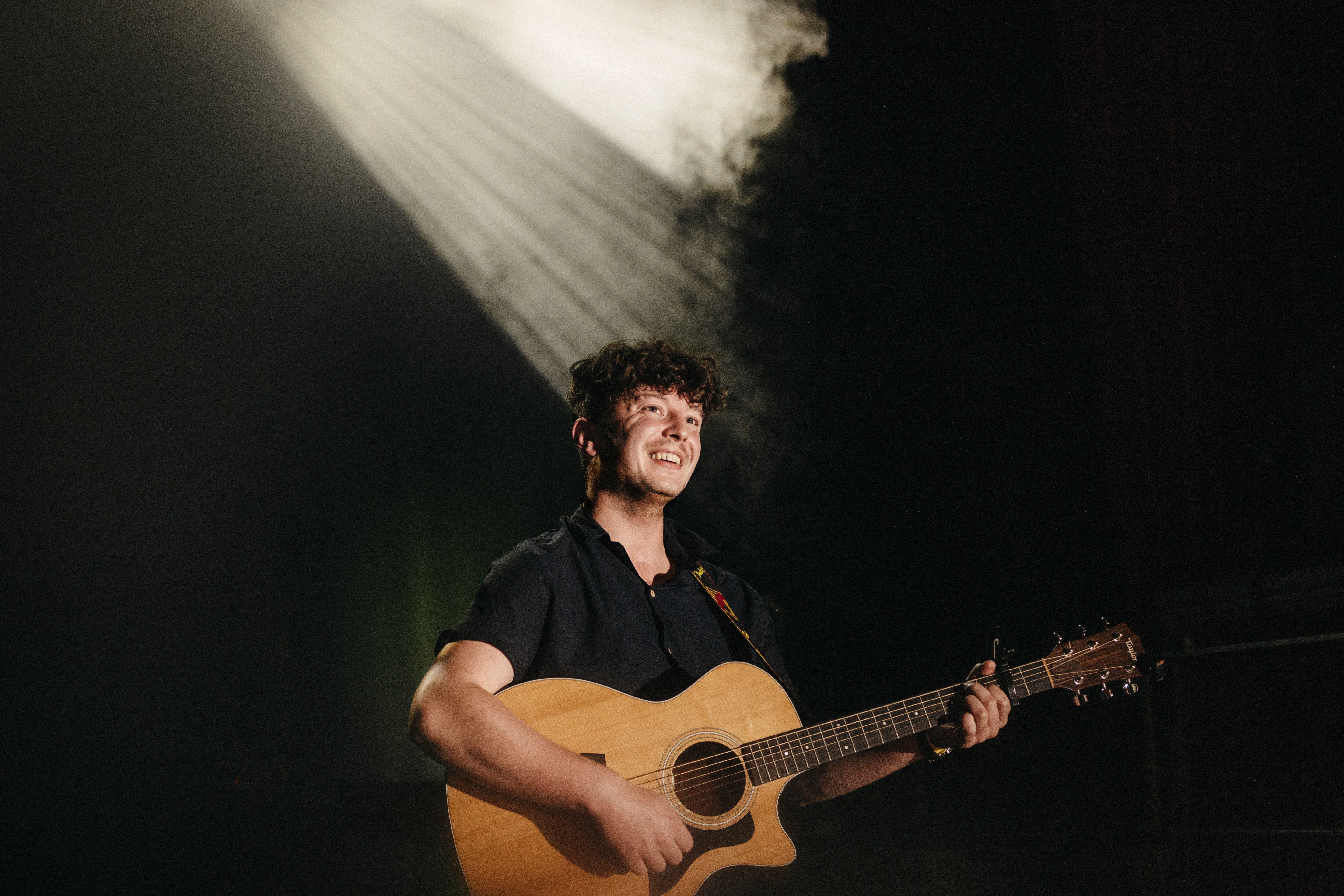 Elliott is ready for NYC return

You could say it’s been two steps forward and one step back for Dan Elliott.

But that might minimize just how tough the Covid era has been on him and everyone else.

Still, the 27-year-old Cork-born singer-songwriter did a lot of work on his piano technique and also improved his guitar-playing with some concentrated practice.

And he took work as a substitute primary-school teacher during the pandemic. That was the step back for Elliott, who dropped out of St. Patrick’s teacher training college (now incorporated into Dublin City University) to pursue his musical career a few years back.

“It was going great,” he remembered of his career pre-pandemic. “I had released my first four songs.”

Now he’s happy to get back to the path he was on, playing live and organizing new releases.

As part of that, Elliott is making a quick trip to New York for Saturday evening’s Craic Session at the Wolfhound in Astoria, Queens. This is a welcome follow-up to his first trip to the Craic Fest in 2019, which was also his first visit to America.

Of course, he’s familiar with the culture, and cites Bruce Springsteen as a big influence, though like many up and coming young stars he prefers not to place himself in any genre.

“I write songs about things that happen to me,” the Dublin resident said. “I think they’re stories that you can follow easily.”

An Englishman with Irish roots and a big fan base in Ireland is another name that comes up.

“The introduction of Ed Sheeran was a game-changer because he said things so literally,” he said.

Elliott hasn’t played Croke Park like the two above-mentioned superstars, but he has been on stage in Dublin’s Olympia Theatre, a favorite venue of his. Whelan’s, “which is kind of spectacular in its own special way,” is another. As for places abroad, he has fond memories of playing in an old church in Rotterdam.

But Elliott is perfectly happy performing in that smallest of venues at the end of the street, something that some of his singer-songwriter friends, he revealed, prefer not to do.

“I love playing in pubs,” he said, “having the craic and bouncing off an audience.”

Now, he’s getting ready for the Craic with a capital “C.”

“New York just blew me away,” he remembered of the first trip. “I really was astounded by it. This was where every movie I’d ever seen was set.

“Hopefully, there’ll be many more trips to come,” Elliott said.