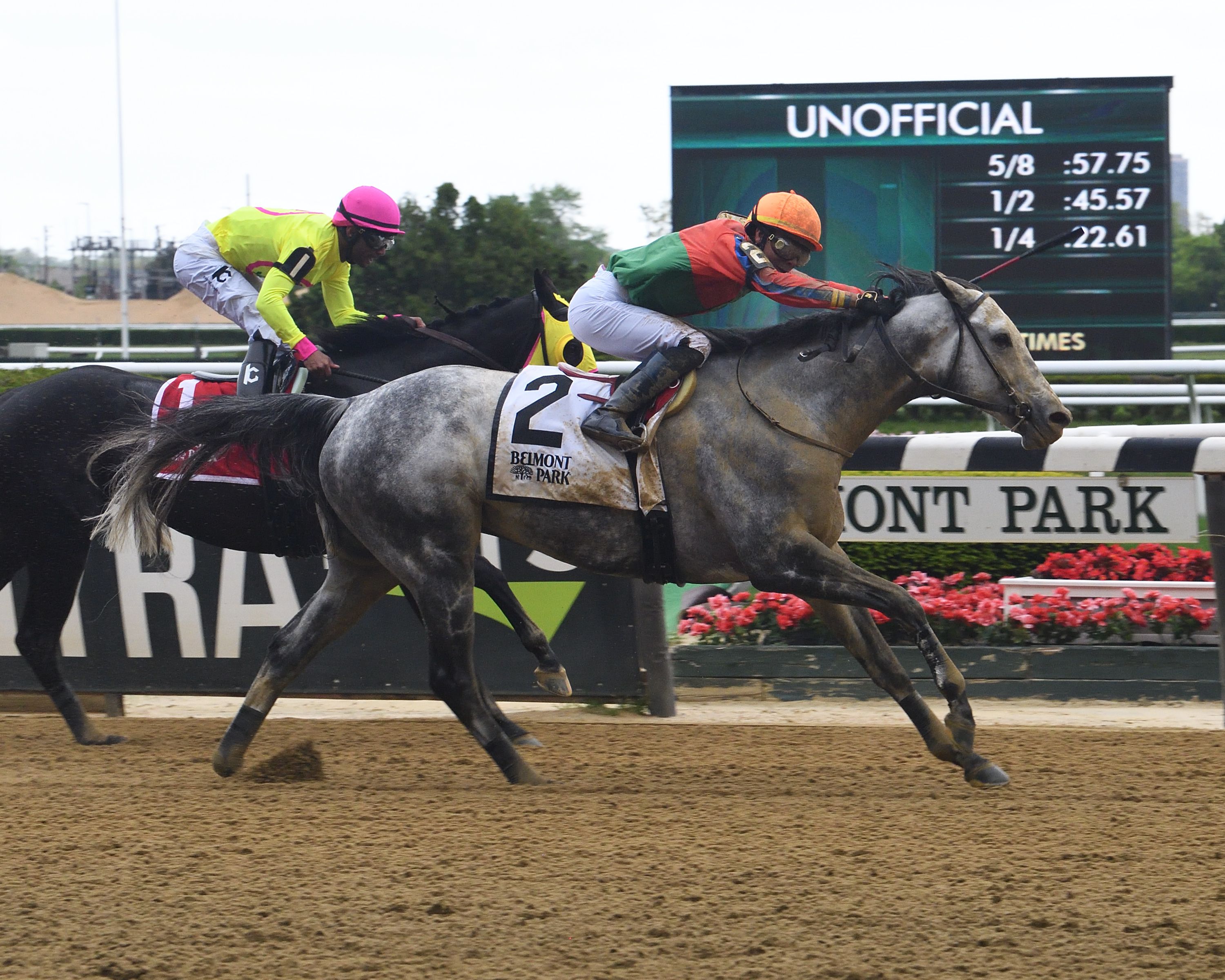 When Drafted won the Grade 3 Toboggan Handicap at Aqueduct back in March, it was the 8-year-old gelding’s first win in almost three years. Trainer David Duggan didn’t have to wait nearly as long for the next victory. Drafted rallied to win the Grade 3 Runhappy Stakes at Belmont Park on Saturday.

Drafted has one running style, which is to lag early, hoping that the speed is wilting on the front end, and then rallying down the lane. That was how the Toboggan unfolded, a scenario that had not been prevalent in his previous eight races since he returned to America from a sojourn of three years more or less in Dubai.

When Chateau set an unpressured pace in the six-furlong Runhappy, Drafted appeared to be running for a minor share. But he kicked in late under Jose Ortiz to run down Chateau and reach the wire in front by one length. He paid $8.60 to win.

“I didn’t think he was going to get there,” Duggan said of Drafted. “I thought [Chateau] had slipped away but he just lunged late and got there. Our concern going in was that no one was going to take [Chateau] on and then he got the loose lead, but our horse was doing good. He trained well and was in good order going in there. We knew he was going to show up but whether we’d be able to run [Chateau] down or not, we weren’t sure. But it worked out to our advantage. He’s a cool old horse.”

The winner’s share of the purse – $82,500 – pushes Drafted’s career earnings to $939,193. He has now won eight of 27 career starts. He is owned by a partnership that consists of the Dublin Fjord Stables, Racepoint Stables, Kevin Hilbert and Thomas O’Keefe.

Later on the Saturday card at Belmont, Mrs. Fitriani Hay’s Highland Chief worked out a stalking trip under Trevor McCarthy to win the Grade 1 Man o’ War by a length. The victory was the first in a Grade 1 for both the 5-year-old Irish-bred horse and his jockey. Among the vanquished was Yibir, winner of last year’s Breeders’ Cup Turf.

“He carried me the whole way nicely and when I asked him for more, he kicked on nicely and kept giving it to me,” McCarthy said. The 28-year-old jockey is the son of retired rider Michael McCarthy.

Highland Chief, which was bred by Hay, paid $40.40 as the longest shot on the board.