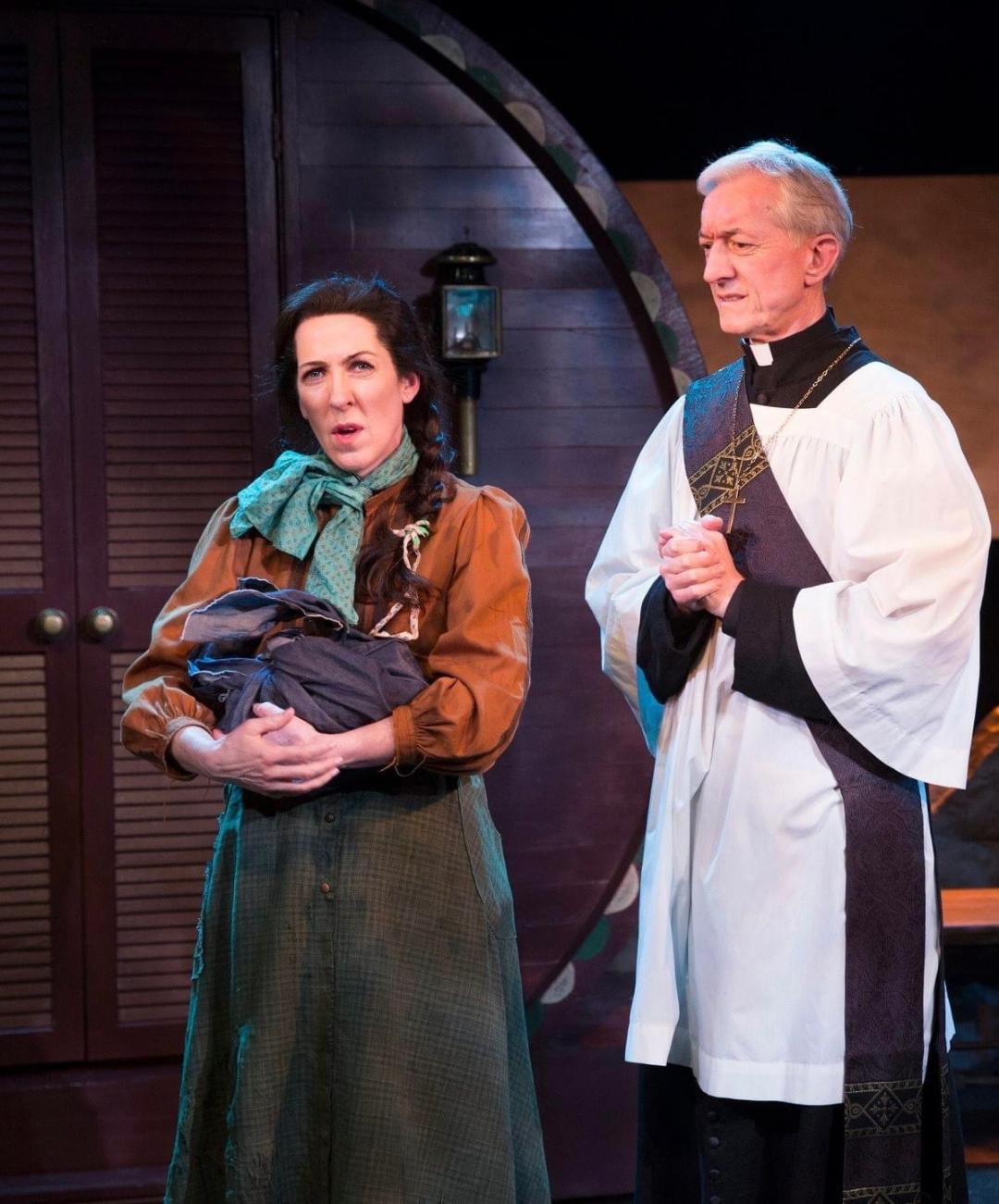 Kinsella and Sean Gormley in “The Tinker’s Wedding.”

“Two By Synge” – namely “The Tinker’s Wedding” and “In The Shadow of the Glen” – began a couple of weeks back and continues at the W. Scott McLucas Studio Theatre, Irish Repertory Theatre, through May 22

The Rep says, “Synge began composing ‘The Tinker’s Wedding’ and ‘The Shadow of the Glen’ in the summer of 1902. ‘Glen’ was finished first and premiered in 1903 at the Molesworth Hall, Dublin. ‘Wedding’ was not completed until December 1907. It premiered at His Majesty’s Theatre in London in 1909, seven months after Synge’s death at 37 from Hodgkin’s disease. ‘Wedding’ was poorly received in its time, and did not receive a performance at the Abbey Theatre until 1971. In the years after the premiere of ‘Glen,’ the Abbey Theatre players toured the United States, led by Lady Gregory, and performed ‘Glen’ in their repertory.”

“Clocking in at just 75 minutes combined, without an intermission, the plays are best appreciated as character studies, in which storytelling and humor take precedence over social commentary,” nystagereview.com says,“Moore, wisely, manages them as such, emphasizing the lyrical and, especially, comic qualities of Synge’s portraits.”

It comments that the “supple five-person company” keeps the “decibel level sustained as these characters—along with a pompous priest, drolly played by Sean Gormley—twist and shout. Kinsella’s bellowing is particularly fulsome, and funny, as we’re repeatedly reminded that this banshee is known as the fairest maiden in her village.”

The review says, “Kinsella brings it down a notch but stays sharp playing ‘In the Shadow of the Glen’s Nora Burke, introduced as a not-so-grieving widow.”