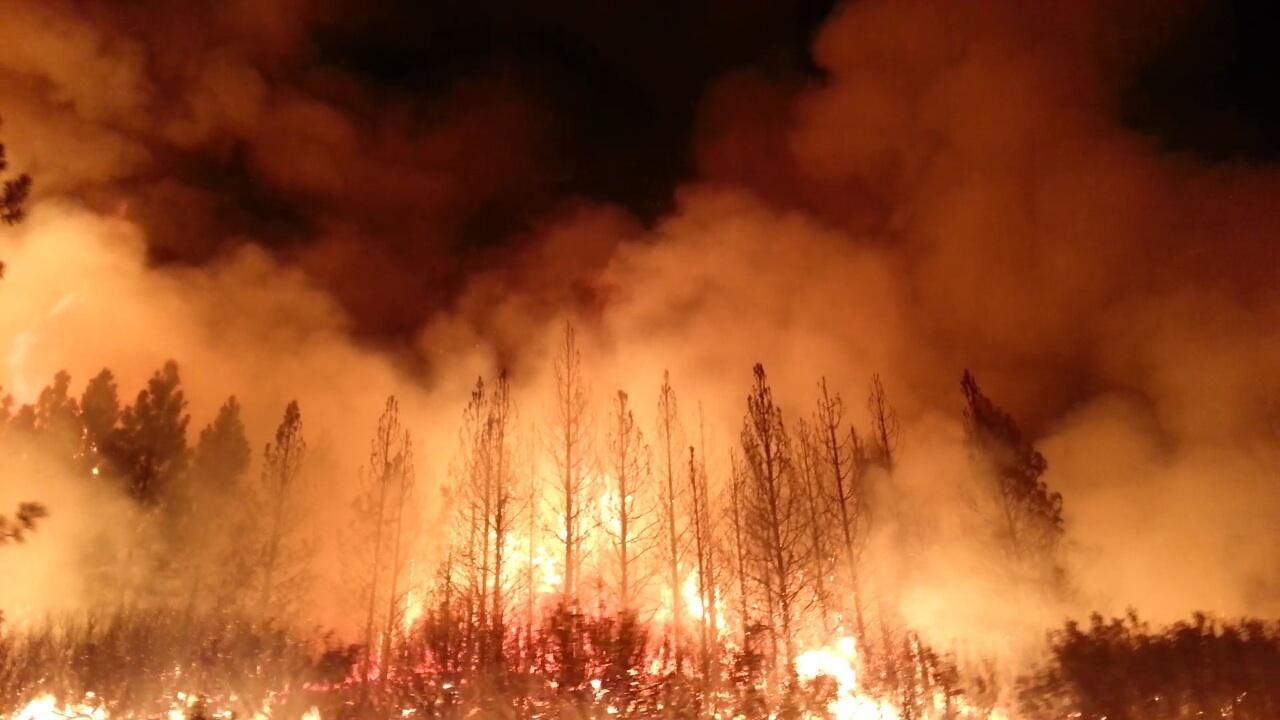 The future of the planet will be more and more like this if climate change is not faced and tackled.

By far the biggest difference between the two main political parties in America resides in their differing approaches to the threat of global warming.

Democrats want to spend hundreds of billions of dollars to counter what they see as impending climate disasters while Republicans, amazingly, refuse to admit that there is any real problem.

No other democracy has a serious political grouping which simply denies that this problem exists. Former President Trump heard no Republican complaints when he withdrew the United States from the Paris Climate Accord, which was drawn up under the auspices of the United Nations and approved by 196 countries late in 2015. It set clear goals for reduction of greenhouse gases and required all signatories to account for their progress.

Shortly after his installation as president in January 2017, Trump withdrew America from this international agreement. He explained that he didn’t believe in global warming, dismissing as irrelevant and unconvincing the overwhelming evidence to the contrary. He explained that from his perspective the Chinese guilefully use stories about a warming planet to enhance their competitiveness against American businesses. In addition, he has concluded that wind turbines cause cancer!

Pope Francis correctly sees this environmental crisis as the greatest moral issue of our time. He has written a brilliant encyclical Laudato Si  - with the subtitle On Care of the Common Home - in which he pleads for radical new policies that would focus on dealing with oncoming climate disasters.

Following Trump’s blinkered leadership, the Republican party pursued policies that undermined the whole idea of confronting and dealing with the problem. The Environmental Protection Agency was denuded and diminished during his four years in office.

Francis’ claim that preserving the planet could not wait and should be viewed as the urgent pro-life issue of the 21st century fell on deaf Republican ears, and his heartfelt pleas did not resonate with a clear majority of white Catholics, who, surprisingly, paid no heed to the pope and voted for Mr. Trump’s re-election.

A few months ago, the prestigious Intergovernmental Panel on Climate Change (IPCC) used remarkably stark language to alert people that “any further delay in concerted actions will miss a brief and rapidly-closing window of opportunity to secure a livable and sustainable future for all.”

In the recent past we have seen a series of catastrophic weather events including massive flooding in Belgium and Germany and huge wildfires in California and Australia. Spring wildfires are already raging in states such as New Mexico and Arizona.

Climate change must not be seen as some possible future calamity that we will just see pictures of on television as we do at present with the bombardment of Ukraine.

The IPCC report explains that many of the solutions are already at hand. It notes the major reductions in the cost of key low carbon technologies. In the last decade the price of solar energy has declined by 85%, and unit costs of wind energy have fallen by 55%. Lithium-ion battery packs that cost $1183 in 2010 now sell for around $150.

All kinds of possibilities for reducing the level of carbon emissions are beckoning. The goal for reducing global warming to 1.5C by 2100 set in Paris in 2015 remains relevant. However, the IPCC estimates that without major changes the number will exceed a catastrophic measure of 3.0C prior to the next century. This result would mean cities under water, deadly heat waves, terrifying storms, widespread water shortages and the extinction of over one million species of plants and animals.

Globally, the top ten per cent of households cause about 40% of emissions. This inequity extends to countries. The nations in the developed world are responsible for a disproportionate amount of the climate despoilment. And within those rich countries the well-off account for far more of the damage than people on lower incomes.

Clearly plans to deal with the terrible harm being done to the environment, nationally and globally, must be anchored on principles of fairness and social justice.

Understandably, the attention of policymakers and the public has been focused during the last month or so on Putin’s savage invasion of Ukraine and the appalling atrocities that continue in that country. Inevitably, this has lessened the attention on other matters, including actions to mitigate the impending weather disaster. This is especially damaging when Republicans continue their antediluvian, head-in-the-sand attitude.

Antonio Guterres, secretary-general of the United Nations, stands fully behind the recent report. He points out that to keep the 1.5C limit within reach we must cut global emissions by 45% this decade. With no policy change, emissions will increase by 15% in this time frame. These sobering figures indicate clearly the mountain that must be climbed.

Mr. Guterres focuses on two areas that cry out for action. First, he stresses the need for speed in shifting to renewable energy sources, which, in most cases, are cheaper. All investments in and subsidies to fossil fuel production should end immediately.

The Secretary General also pleads for a quick end to coal-fired power which is the worst polluter of all. Promises to phase out the use of coal are met by corporations claiming that they can’t be expected to terminate all the employment they provide and proffering a dozen other reasons for a slow and gradual – and never-ending – time frame.

The November midterm elections, which will decide who controls both houses of Congress, will determine what can be achieved by the Biden administration in this area before the next presidential showdown in 2024. If the Republicans control either the House or the Senate, then there will be no climate legislation passed.

The Biden administration’s Build Back Better Bill included more than half a trillion to develop alternative modes of generating power, away from fossil fuels. It failed in the senate, and if Kevin McCarthy succeeds Nancy Pelosi as Speaker, any reform climate bill is doomed. It won’t even reach the floor for a vote.

In the last presidential contest young people turned out in unprecedented numbers supporting Democrats. Polling showed that climate change was a major motivating issue for them.

Republicans are strongly favored to win the House, preaching every day about inflation and rising costs. They expect that this rhetoric about higher prices at the gas pump and in the supermarket will see them through without offering any policy on important issues like healthcare, environmental protection, or immigration.

The Democrats can highlight the strong economy and low unemployment but they will make little headway playing on the Republican field. What would happen if they again get the youth out in large numbers to the polls and in every town meeting and every radio and television advertisement they urge people to reject a party that makes the preposterous statement that there is no such thing as global warming?

A populism of sensible citizens could call on parents and grandparents, as well as young people, to join in a patriotic drive to repudiate outmoded and dangerous unscientific thinking.

The real question revolves around the human dimension, whether children will be able to live a full and healthy life, and it should be asked by Democratic leaders every day until the crucial election in November.