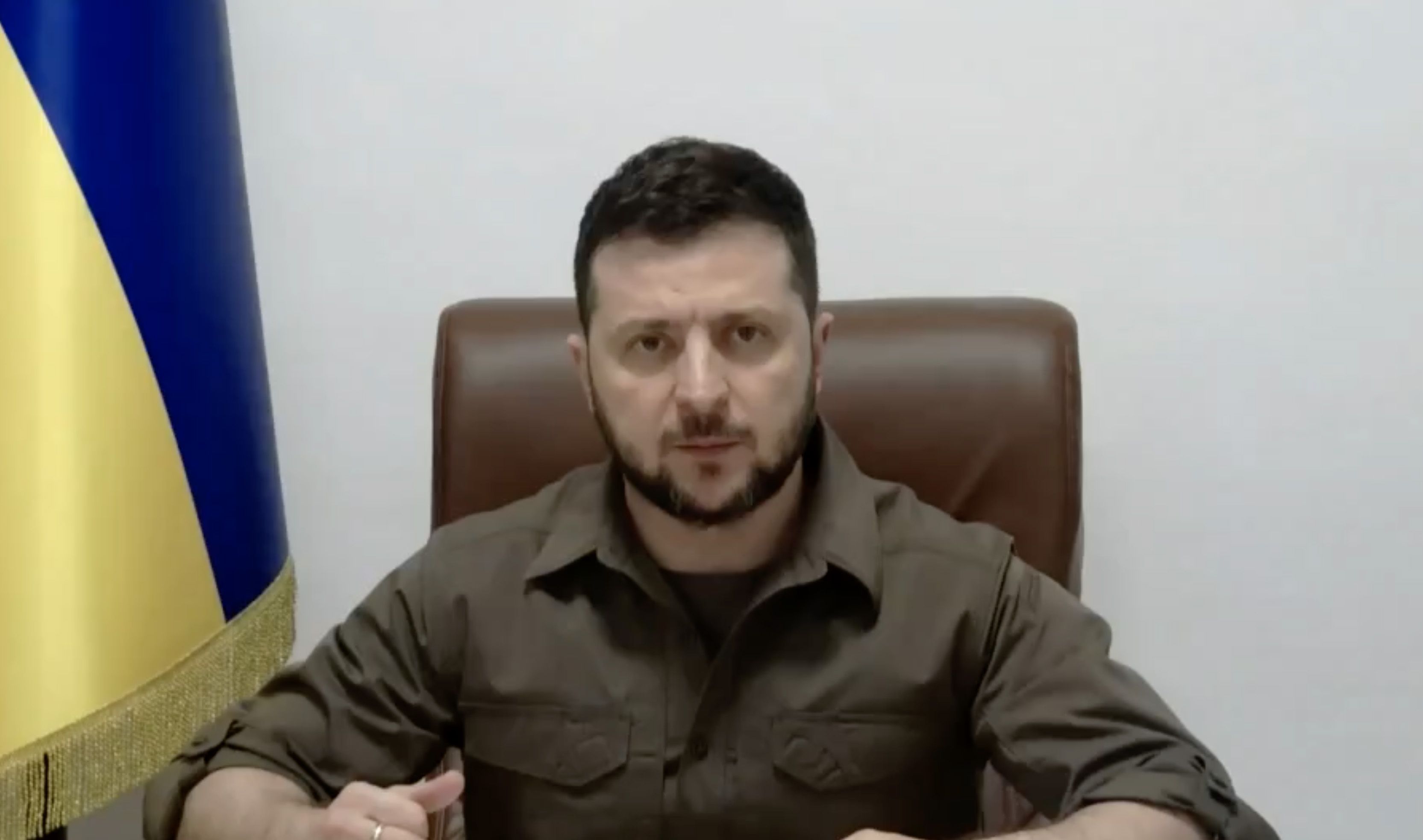 EDITORIAL: A Study in Contrast

Ukrainian President Volodymyr Zelenskyy last week thanked Ireland for its support in an address to the joint houses of the Oireachtas.

"From the very first days, you are supporting Ukraine and this is a fact," Mr. Zelenskyy said.

"Thank you for the humanitarian and financial support extended to our country and thank you for your caring about Ukrainian people who found shelter on your land."

The number of Ukrainian People sheltering in Ireland is now in the region of 20,000 and that number is only going to rise so long as Russia perpetuates terror on the Ukrainian population.

Now while spotting Ukrainians in the 26 counties is no great task right now the same can't be said of the northern six counties.

That's not because the people of the North are any less generous of heart or willing to extend the hand of generosity to a people in their hour of dire need.

"While other European countries have accepted hundreds of thousands of people fleeing the Russian invasion, only about 1,200 people have so far arrived in Britain under the Homes for Ukraine scheme for those who are sponsored by UK hosts. Another 10,800 have arrived under the Ukrainian family scheme for those with existing family connections to the UK.

No, it's because the North is part of the post-Brexit United Kingdom, a place where foreigners of every stripe are viewed with suspicion.

The number of Ukrainian refugees in Britain, excluding Northern Ireland, and who do not have existing family ties there, is around a couple of thousand.

The number in the North is about 300.

The actual and proportionate difference in numbers between the Republic of Ireland and the UK is, then, quite astonishing.

Now, it has to be acknowledged that the British government has been to the fore in supporting the beleaguered Ukrainians when it comes to military support.

But such military support has not been matched by the clear need to offer at least temporary refuge to Ukrainian civilians, many of the children, fleeing Russian savagery.

This has led to both embarrassment and criticism.

The Guardian newspaper reported that British Home Secretary, Priti Patel, has apologized for the time it has taken for Ukrainian refugees to arrive in the UK under two visa schemes, this after new figures showed just 12,000 have so far reached Britain.

Stated the Guardian report: "While other European countries have accepted hundreds of thousands of people fleeing the Russian invasion, only about 1,200 people have so far arrived in Britain under the Homes for Ukraine scheme for those who are sponsored by UK hosts. Another 10,800 have arrived under the Ukrainian family scheme for those with existing family connections to the UK.

"In a pre-recorded interview with the BBC, Patel said: 'I apologize with frustration myself … it takes time to start up a new route.”

She said it was “always easy to blame someone else” but security checks were “not the problem” when it came to the time it was taking for Ukrainian refugees to reach the UK."

Patel's words, added the report, prompted an angry response from British hosts who say the government’s insistence that Ukrainians apply for visas is causing anguish and has left some out of pocket after paying overseas hotel bills for delayed refugees.

The UK requires refugees to have a visa before they enter, unlike other European countries which have waived the checks to speed things up. Those who are granted a visa under the scheme will be eligible to work, and can access state benefits and public services for three years.

This visa requirement has been described as a system favoring control over compassion.

Given all the British weaponry flowing to Ukraine it is not surprising that the loudest complaints are coming from within the UK, and not Ukraine itself, in the specific context of taking in refugees from the war.

But the issue of supplying weapons and sheltering refugees are entirely separate, certainly in a moral context.

And in that moral context we can state with certainty that the people of Northern Ireland are not going to fret all that much if Ukrainians without reams of paperwork arrive in their cities and towns in need of aid and comfort.

The paperwork, in this instance, can wait, should wait.