Home Opinion Remembering Moynihan in his Month of March 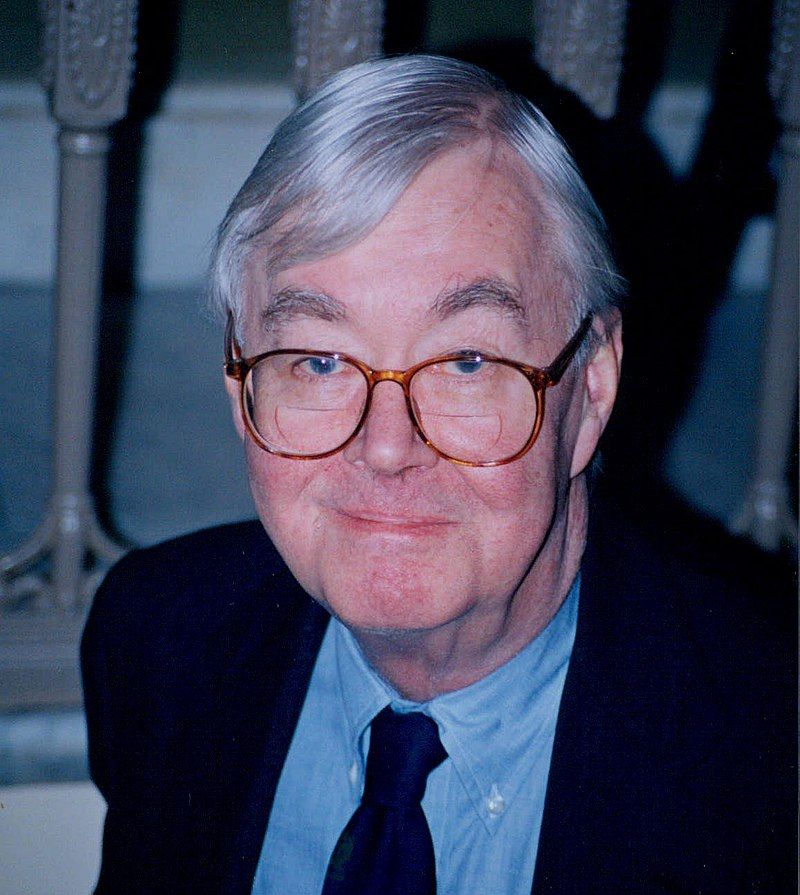 Remembering Moynihan in his Month of March

Daniel Patrick Moynihan was born in March and died in March, the month of Irish Heritage. Bill Cunningham, who served as the senator's chief of staff, recalls a man who was dubbed New York's Moynihan, but who fully gave of himself to America, Irish America and Ireland

We all look forward to St. Patrick’s Day. To me, March 16th also has special meaning as the birthday of my former boss, the late Senator Daniel P. Moynihan.

Pat was a four term senator from New York, diplomat, an author, as it was often said, of more books than most officials ever read, an academic, and a pretty fair predictor of future events.

For example, he forecasted the end of the Soviet Union in the 1970s, a full decade before the evil empire came tumbling down. Often attacked by both left and right, he trusted the data. He was quoted as saying “You are entitled to your own opinion, but not your own facts.”

That phrase has been co-opted by left and right in political debate these days, usually as they disregard its meaning.

When the CIA was predicting that the Soviet Union would outproduce the United States in steel and other industrial goods, he used the common sense he learned growing up in Depression Era New York to correct them.

Pat had seen reports of food and clothing shortages in Soviet cities, and mentioned how many East Germans visiting their relatives in the West arrived with empty suitcases, which were filled when they went home. Using his Hell’s Kitchen working class roots, he said any Berlin cabbie could have told the CIA what was really going on.

He wore bow ties, tweed jackets, and an Irish walking hat often enough that he looked the part of an academic. And he could recall obscure books or articles written 30 years or more past when he needed to make a point. That recall was a gift for one in politics in New York. In 1994, Tom Manton, the Queens Democratic leader and a congressman, hosted an “Irish for Moynihan” fundraiser at the Fitzpatrick Hotel on Lexington Avenue in Manhattan.

As we drove up to the hotel, Pat asked his fundraising chief to give him a short briefing. She told him the particulars and that Manton had a surprise - a young man from Queens who had won a fiddle contest in Ireland would perform a couple of numbers including his signature piece that won the competition.

Pat accepted this with good grace but warned that he did not want any version of "Danny Boy" played. The event was a pleasant, informal party at the back of the pub room.

There was only Tom Manton speaking and he introduced the young fiddle champion who proceeded to play two numbers.

When the crowd asked for an encore someone urged the lad to play, yes, "Danny Boy." At which point Pat sprung out of his chair and grabbed the microphone.

I polished off my pint expecting to be chastised before the night was over for not blocking the offending song. Pat announced that it being a Sunday evening the young man needed to get home to be fresh for school in the morning and he would forgo the honor of another song.

But would they allow him to do his party piece to honor the talented, young fiddler? At which point, totally from memory, Pat recited "The Fiddler of Dooney" by W.B.Yeats. Later, in the car, I asked him where that came from. Pat didn’t even know there was a musician, let alone fiddler, on the program until he was told en route to the party.

Without turning around, he said he didn’t know. But he was pretty sure it was the result of always having a book handy back in the day working on the docks, killing time between boats.

Maybe that’s why his co- workers challenged him to take the entrance exam for City College. He recalled going to take the test after work one day with his longshoreman’s hook in his right rear pocket. A year at CCNY, the Navy, Tufts, Harvard, The Maxwell School at Syracuse University, the London School of Economics (on the GI Bill, mind).

Jobs with four presidents, postings to India and the United Nations, it always came back to who he knew and what he first learned on the streets of New York. From 1977 to 1982, Pat and Governor Hugh Carey were the dominant political leaders in New York State.

Pat had defended America loudly and very visibly at the United Nations and now, filling the Senate seat once held by Robert F. Kennedy, would join Carey in battling to save New York City and State from the worst fiscal crisis in its history.

Those five years may have been the Last Hurrah for Irish Catholic political power in the state that was once famous for Tammany Hall and a vibrant working class Democratic Party. Pat would often defend Tammany, choosing to recall how it opened political doors for every group, not just the Irish.

When Mike Bloomberg was sworn in as Mayor in 2002, Pat attended the inauguration and reception afterwards in the infamous Tweed Courthouse.

The interior is a mixture of differing styles of brick, and the staircases are made of iron. How many workers fed their families laboring on that edifice?

Seeing Ed Cleary, the President of the State AFL-CIO coming his way, Pat threw out his arms and shouted a merry greeting, “ Ed, look around. Oh for the days when you could do a favor for a friend.”

Pat would be disconsolate today, I think, at how coarse and vicious our politics has become. That said, he would expect us to get better.

He had seen the Cold War, the Twilight Struggle as President Kennedy called it, when everyone expected the world to face a nuclear war. And as he wrote, the remarkable thing, almost never mentioned, is that that didn’t happen. Another reason to stay positive and keep a sense of humor.

In discussing Lou Gehrig, his boyhood idol, Pat quoted Yeats' line about a man “who was blessed and could bless.” Pat Moynihan, too, was such.