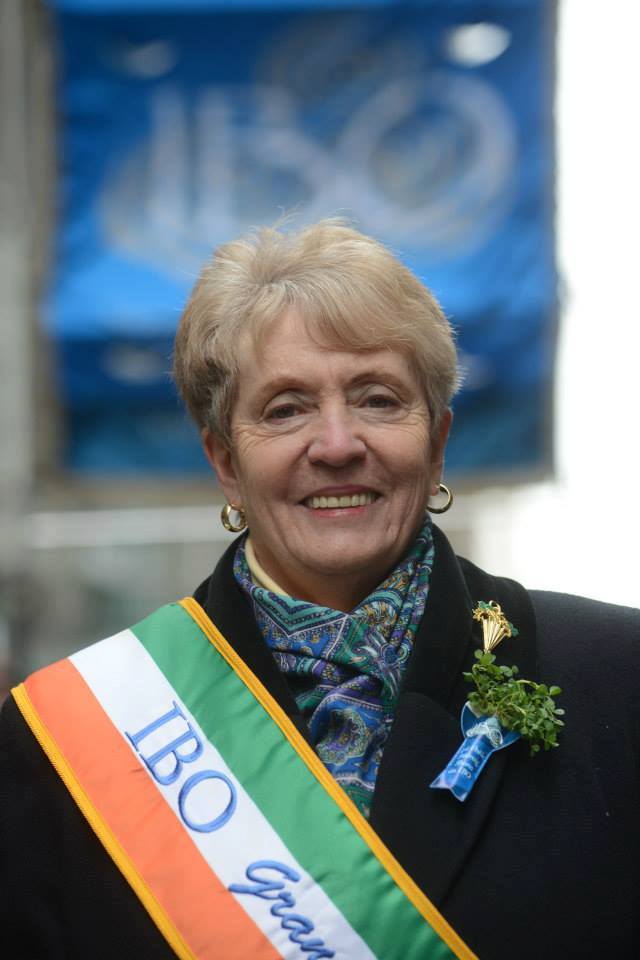 IBO Marches to a Bold Future

The Irish community in New York is a massive self-organizing thing.  It confounds those outside of its embrace, and often those within it, with the depth and breadth of its visibility throughout the region.

And nowhere, at no time, do Irish organizations of all flavors become more concentrated and therefore more evident than on the side streets around 5th avenue in midtown Manhattan on the morning of St. Patrick’s Day. On St. Patrick’s Day in New York, as the old saying goes, everyone is Irish.

For many reasons, the phenomenon of the Irish in New York should come as no surprise. After all, these are people that have been coming to this city in significant numbers for centuries, depositing layer upon layer of generations on its bedrock.  But all creations grand in scale, like New York’s skyscrapers, give rise to unending surprise and wonder in its beholders, young and old alike.

The Irish community in New York expresses itself in a multitude of ways–through affiliations with counties in Ireland, through emerald chapters within the military, in law enforcement, first responders, education and other public services; through religion, unions, schools and some through common purpose, such as sporting organizations, immigration reform groups, and community centers, along with many others.

Now that the big day is returning to normal, as we reemerge from the pandemic, one group marching on the avenue again is the Irish Business Organization of New York, a networking group. There are other Irish organizations with a similar mission but this one has been around the longest, forty-nine years to be more exact, which means it is on the cusp of an important milestone.  The significant occasion of its 50th anniversary swings around next year.

For such an active and completely voluntary organization, this longevity is remarkable, and its story deserves to be told. To do that, a trip back to 1973 is in order.

Bernadette McManus was there from the start.  In fact, it’s not a stretch to say she was the catalyst for its very creation. Before the IBO there was something called the Irish Insurance Society, a group working as independent insurance professionals, meeting in a bar every so often to share opportunities and help each other in their individual businesses.

Instead, she was learning the ways of making deals in New York by working in employment placement as a Certified Personnel Consultant. Being a natural salesperson, however, Bernadette had taken an interest in insurance as an additional market to explore for her placements, and this led to an invitation from her Insurance Society friend, Mike Kevany, to come along to gatherings.

Not knowing exactly what to do with her, and in the spirit of the times, the men asked her to take the minutes during the meetings, which she did for the first six months.

“It didn’t bother me,” says Bernadette. “I was making lots of new business connections at every meeting!”

During this time, ironically, discussion focused mainly on whether to expand membership to include women, and to other industries beyond insurance. Inclusion eventually prevailed in the debate, and the barriers to membership for Bernadette were taken away.

Says Bernadette: “So by bringing me in, I got rid of both restrictions. Women and other businesses could now come in.”

The name Irish Insurance Society no longer made sense and the name Irish Business Organization of New York was adopted in its place. Thus, the IBO was born, with the late Arthur Clements as its first president. In time, for equally enlightened reasons, the native Irish restriction was also lifted.

And the first in a long line of business-savvy IBO women, who knew how to fight their corner in a marketplace dominated by men, Bernadette went on to become the organization’s first female president in 1983.

Of the 26 presidents the IBO has had in its history, seven have been women. Not a great ratio but one that will surely be more balanced in the decades ahead as the IBO becomes more inclusive with each passing year. One of the seven who is still very active in the organization is Attracta Lyndon, from Dublin, who, while working with Dooley Car Rentals, became the face of Ireland for Americans wishing to rent a car there.

“I was my own one-woman tourist board,” says Attracta. “And I was told my name was synonymous with Dooley. I really opened up the U.S. market for them.”

Attracta’s tenure as president spanned 2006 and 2007.  Her original election was contested, her opponent being the incumbent at that time…and a man. Among the highlights of her years with the IBO was when then Taoiseach Enda Kenny spoke to the membership, and her own personal highlight was receiving the IBO’s Arthur F. Clements Award for Business Acumen.

Says Attracta: “It meant so much to me, and it still does, that a business organization would honor me with that award, which was about business.”

The IBO has had many strong male leaders too.  One that is held dear in the recent memory of the membership is the late Sean McNeill from Roscommon whose three year tenure spanned 2014 through 2016.  A friend to so many, Sean was known to live the IBO’s mantra to the fullest, which is summed up in three words: Network, Communicate, Reciprocate.

Even after his IBO presidency, Sean’s engagement across all strata of the community continued at legendary levels.  He was always ready to help, and never afraid to ask for help himself. His untimely passing in 2019 led to the establishment of a new IBO award named for him, its most recent awardee being Ted Smyth of NYU’s Glucksman Ireland House Board of Advisors.

Sean also nurtured other leaders in the IBO during his time as president. He picked out Nick Malito, a lawyer raised on Long Island, to join his Executive Board as Treasurer, and wooed him to take on the task with promises of happy times ahead, only to come clean later.

Here’s how, with a laugh, Nick tells the story: “He then sprung it on me after the fact that it was the worst position on the Board to have, and all I could do was shrug and say thanks Sean.”

After two grueling years as Treasurer, and one year as First Vice President, Nick was ready for the IBO’s highest office, and went on to serve three years as president himself, from 2017 through 2019. His ambition had been to leave it better than when he’d gotten it, and all indications are that he did. He oversaw the establishment of the IBO’s Women’s Networking Committee (WNC), which he credits to Shelley Ann Quilty-Lake and Tami Ellen McLaughlin. The WNC was formed to be supportive of the growing number of female professionals in the IBO, and it has thrived.

He also increased the IBO’s outreach to younger professionals, who, he says, “often expect to see quick results from their membership by attending one or two meetings, which is not the best way to benefit from being in the IBO. You need to keep coming back, to build relationships over time, and the IBO is the best business community in which to do that. I would tell them, ‘I was like you ten years ago. This is how it’s done.’”

Nick says the IBO differentiates itself from other Irish business networking groups in the consistency of its meetings and activities, and it is this regularity that helps it build a stronger community.

Originally from Connecticut, John Lee, a communications professional and well-known podcaster, is the IBO’s most immediate past president. He found community among the Irish, and especially in the IBO. “A few years ago I was looking to reinvent myself,” John says.

“A lot of doors were closed to me, but not the Irish door, and I kept stepping through that door.”

Over the course of several years, he served in multiple IBO Executive Board roles, and on its Advisory Board, before stepping in as president in 2020.

And that was just before the pandemic struck. John is praised for his stunning swiftness in adapting the IBO to the virtual domain, becoming a master of Zoom overnight. Throughout COVID the IBO held its monthly evening meeting, monthly breakfast meeting and quarterly WNC meetings online without interruption, exposing its value to the entire world.

John likes to sum up the IBO like this: “Network + Communicate + Reciprocate = Community.” Its model is not that of the Business Network International (BNI), which efficiently lines up expertise for quick deliverables to its participants.

Echoing his predecessor Nick, he says: “You have to put in the time at the IBO.”  And as Attracta says: “It’s the loyalties and the friendships. They don’t come overnight.”

The words of these four members, these four past presidents, across a span of a half century, show how the IBO has stood the test of time. Along the way it has moved from exclusivity to inclusivity, which, any business person will tell you, is good for business. And, as with all successful organizations, the IBO will make it its business to continue adapting to a changing world.

Paul Finnegan is the Irish Echo’s Director of Business Development, and the 2022 IBO President.