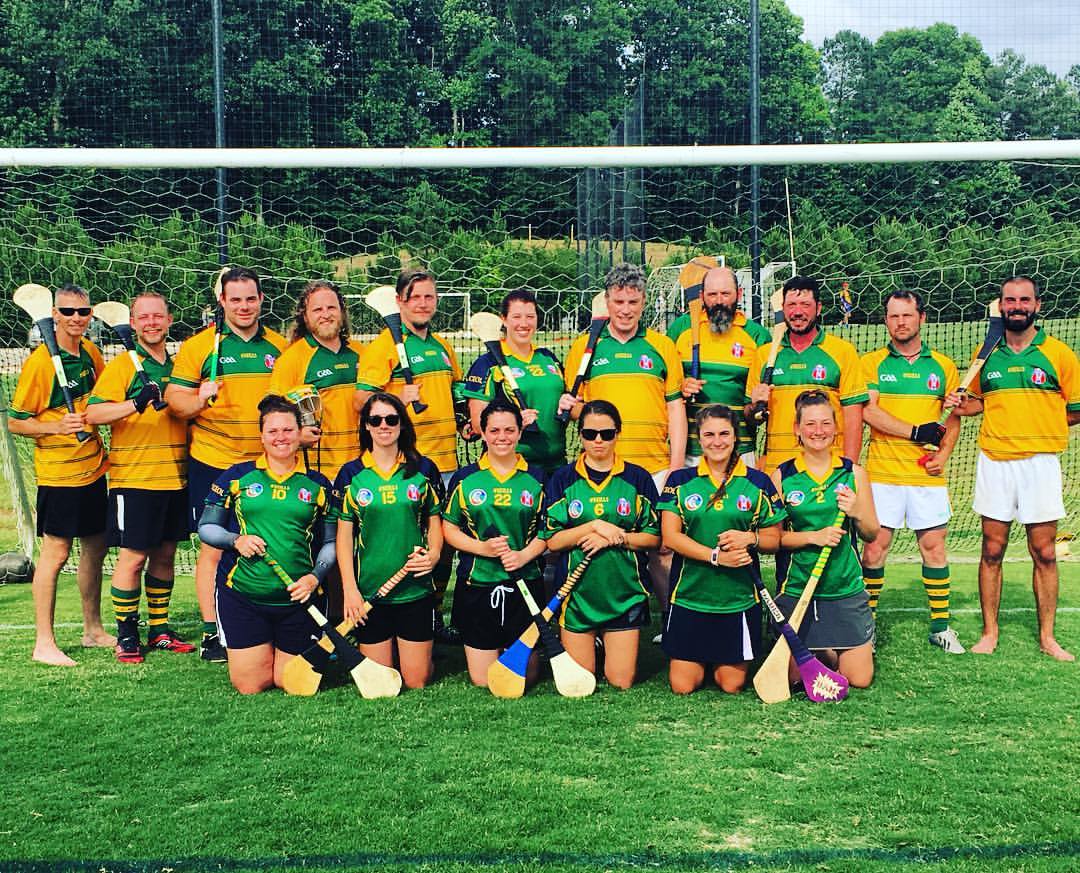 Some of the members of Nashville GAC

Nashville, the home of Country Music, Hot Chicken and Honky Tonks is also home to a dedicated club of Gaelic Football and Hurling fanatics.

Though they may be far from the green sods of the Irish homeland, Nashville Gaelic Athletic Club continues to go from strength to strength.

The club origins have their roots in an enthusiastic group of Middle Tennessee State University students who fell in love with hurling. These students joined the Nashville GAC after it was founded by John Watson and Anji Wall. The club’s green and gold jerseys are inspired by Blackrock GAA in Cork City.

Historically, Tennessee has a long and proud legacy of Scots-Irish settlers dating back to the 1700s. Those early pioneers played their part in the founding of Nashville. For example the Donelson, Robertson and Henderson families can all trace their lineage to Ulster. In the aftermath of Ireland’s darkest hour, the Great Hunger, in the mid-1800s Irish families immigrated to the United States - some eventually settling in south eastern states.

Today, the ever-growing Irish community centered around Nashville features traditional dancing and music schools, folk bands, and a local division of the Ancient Order of Hibernians.

Nashville GAC hosted the tournament and featured competition from neighboring clubs from Memphis and Atlanta. Naturally being located far from the major hubs of the Irish diaspora, Nashville’s club membership is predominantly American born. Every year the club has a very active social calendar including monthly meetings and family dinners.

Nashville GAC featured as part of an impressive line-up of Irish cultural events in early March, providing exhibition games for the County Sumner Irish Festival, which was held in Bledsoe’s Historical Park near Gallatin, Tennessee.

Events Manager at Sumner County Tourism, Grace McKinney, confirmed that 2,300 visitors were exposed to the world of Gaelic Games. The festival itself was a resounding success.

Chairman Noah Fitzpatrick is keen to develop links with the ever-growing Irish community in Nashville.

“This is certainly something we want to continue to see grow,” says the Tennessee native Fitzpatrick, who traces his lineage back to County Cork.

“Our long-term goal is the establishment of our own Gaelic grounds somewhere in this rapidly expanding city of Nashville, that would be a dream come true, especially if all of the Irish groups continue in working together to promote Irish culture.”

“Our club consists of folks from all walks of life and we are always looking for new members to join our family.” Barry says the club’s next event will be one of the most exciting of the year.

“Our next major event is the Music City Invitational Hurling Tournament on April 2nd. We’ll be holding it at Ted Rhodes Fields just north of the city center. We’ll host clubs from Knoxville, TN; Atlanta, GA; Naperville, IL; Memphis, TN; and many more.