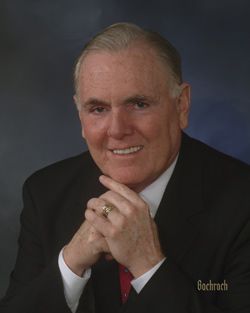 Champions for Irish Unity and Peace

Boston --- On St. Patrick’s Day it is good to remember that St. Patrick was the first, and possibly the only, saint in recorded history to emphatically and totally condemn slavery.

Fitting indeed as Patrick himself was brought to Ireland and enslaved until finally escaping and later returning to Ireland as a missionary.

One cannot discount the myriad of Irish priests and religious who brought the message of the Gospel far and wide across the European continent. And certainly, Irish culture can boast the many renowned works which have found their place in the canon of world literature.

The universal reach of those from Ireland not only extended to all lands, but many came to the United States due to economic necessity and in doing so, assimilated and have become an influential part of the culture.

“It has been said that America’s ethnic diversity is our national treasure. People from every nation and all faiths built up the United States, always striving for a more perfect union.” This quote is attributed to Father Sean McManus and is descriptive of the diversity that has made up the cultural and ethnic fabric of America.

However, Father McManus, who has worked tirelessly in pursuit of the unification of his Irish homeland, has not abated in his desire to bring peace and equality to an adopted land that has seen its share of partition and discord far too long.

Father McManus has introduced the “One Ireland Petition,” an initiative that will hopefully bring a resolution to a long standing impasse and lead to the unification of Ireland.

Appropriately, in this month of March, the month of Patrick, the Resolution: “Peace, Human Rights and Justice in a United Ireland,” will be introduced by Councilor Ed Flynn of the Boston City Council.

Flynn, son of former mayor Ray Flynn, and who was elected President of the Council in January, 2022 (as well as serving in the United States Navy 24 years) has been interested in the prospects of a solution to the socio-economic disparity in Ireland as well as improving equity for immigrants here.

In respect to the Irish immigrant, Flynn was interviewed for the spring 2022 edition of the Boston Irish Tourism Association’s Travel and Culture Magazine and said: “When Irish immigrants arrived in Boston and the United States during the Great Famine in the 1840s, they were not welcomed, and faced struggles and discrimination,” and “Because of this painful past, the Irish community understands the important role that government and social services play in supporting our cities and towns across America. The Irish community continues to contribute to our country in sectors such as the military, business, building trades and organized labor, and is a critical advocate for social and economic justice for all.”

Ed Flynn also indicates why he has been instrumental in the city’s acknowledgement of the Irish and Irish-American role in American and local culture: “The City of Boston will once again formally recognize the exceptional contributions and sacrifices of the Irish and Irish-Americans to our city and country. It is important to celebrate these accomplishments and our proud Irish immigrant roots; and to reaffirm our commitment to social and economic justice for all.

“For this St. Patrick’s Day [St. Patrick is patron saint of not only Boston but Nigeria and Puerto Rico, [an even further testament of Ireland’s global influence] the Boston City Council is pleased to endorse the spirit of the Irish National Caucus’ Popular Internet Petition that has over 30,000 signers: ‘Ireland, too, has the right to be One Nation under God, indivisible, with liberty and justice for all.’ And, Boston, with almost a quarter of its population claiming Irish ancestry (with the American population overall claiming 20%,) “Who in America could not wish that for Ireland, which has given so much to America – socially, culturally, politically religiously, educationally, and in every form of service?”

Father McManus states that his petition is consistent with the Good Friday Agreement and reflects the spirit of The Beloved Community, as taught by Rev. Martin Luther, King, Jr. and, “Furthermore, national self-determination is a fundamental American principle and is the right of every Nation.”

The Good Friday Agreement not only advances the cause for Ireland’s unification, but advocates the themes of impartiality and justice. These are the principles that former Mayor of Boston and Ambassador to the Vatican, Ray Flynn, often spoke of while serving as Mayor of Boston from 1984 until 1993, when he was appointed Ambassador to the Holy See by President Bill Clinton, serving in that capacity until 1997.

Ray Flynn’s advocating for inclusive social justice in general extends back decades, as did his calling for the end to the discriminatory practices towards Catholics in Northern Ireland. Actually, Flynn began to call attention to the unfair treatment of Catholics simply due to their religious affiliation as far back as the early 1970s.

After many years of the press not covering bigotry against Catholics in Northern Ireland, media coverage gradually increased when, in the United States, Irish-American leaders in both New York and Boston addressed the issue publically and politically.

In New York City, it was City Council President Paul O’Dwyer, along with then Massachusetts State Representative Ray Flynn, who began introducing official resolutions calling for Peace and Justice in a United Ireland. This resulted in enormous support in cities with large Irish-American populations.

A pivotal point came when, at the U.S. Presidential Forum for the 1992 National Election, both O’Dwyer and Flynn publicaly endorsed the question that if elected president, would a candidate appoint a Peace Envoy to Northern Ireland. Candidate Bill Clinton answered in the affirmative. After assuming the presidency, Clinton acted on his promise and named an envoy, appointing Senator George Mitchell of Maine to the position of United States Special Envoy for Northern Ireland in 1995.

Despite many years passing since the 1998 Good Friday Peace Agreement, the salience of its message for peace and equality still rings clear. Ray Flynn had indeed spoken out in the early 90s about the discrimination that Catholics experienced in Northern Ireland.

However, the former mayor’s concern is that there is not the interest, nor the commitment, to speak up against the division that still exists. In her 2019 book “THE TRIBE, the inside story of Irish power and influence in US politics,” Caitriona Perry writes of the ties that many politicians of Irish heritage in the United States have with Ireland. And, of course, Ray Flynn is one whose connection with Ireland remains strong.

Perry wrote that Flynn, who has dedicated much of his life to public service, indicates that he will “Continue to speak out for Ireland.”

In addition to Flynn’s speaking out, two well-known members of Congress from the Massachusetts Delegation, Richard Neal (D-MA, 1st District,) and Stephen Lynch (D-MA, 8th District) have also continued to address the importance of civil rights for Catholics in Northern Ireland.

Coincidentally, in concert with the petition that will be introduced by Council President Ed Flynn, a chapter in Irish history that many may remember evokes an incident that brings credence to the necessity of equity and justice in a unified Ireland.

On January 30th, 1972, just a half century ago, 26 unarmed civilians, all Catholic, were shot on what became known as Bloody Sunday. Thirteen died that day and one later succumbed to wounds sustained when British soldiers opened fire on a civil rights march in Derry.

An investigation concluded that the soldiers acted offensively; this did not assuage the heated sentiment that had existed for years between those opposing the British government, which wanted to retain sovereignty over Ireland’s six northern counties, and those who advocated for independence for all Ireland.

So the events of Bloody Sunday, coupled with the conflicts and contention still existing between the Protestant and Catholic groups in the North of Ireland demanded action.

Agreements were enacted, conversations held, and solutions offered, but the fact remains, after many years there are still unresolved issues in Northern Ireland in terms of intolerance and bigotry.

Resolutions and petitions are one way, and dialogue another way, to bring about change; indeed, for necessary and effective action to bring about parity for Catholics in Northern Ireland, as well as in achieving the inclusive unification of the country, public discourse is crucial.

This is what Ray Flynn and Paul O’Dwyer did for years, what Ed Flynn is doing now by introducing the “Peace, Human Rights and Justice in a United Ireland” Resolution, and what Father McManus is trying to accomplish in initiating the “One Ireland Petition.”

A solution can be achieved. But there must be discussion, there must be action. There has to be concern but also initiatives to work towards a united Ireland, and with it the cultivation of peace and social justice for all those who live on the island.

The Irish have a long history and their progeny have settled throughout the world. It is fitting that their accomplishments are recognized and appreciated, and that the land of their ancestors becomes one.