Home Community Features & Events An Island’s Hope in a Bottle 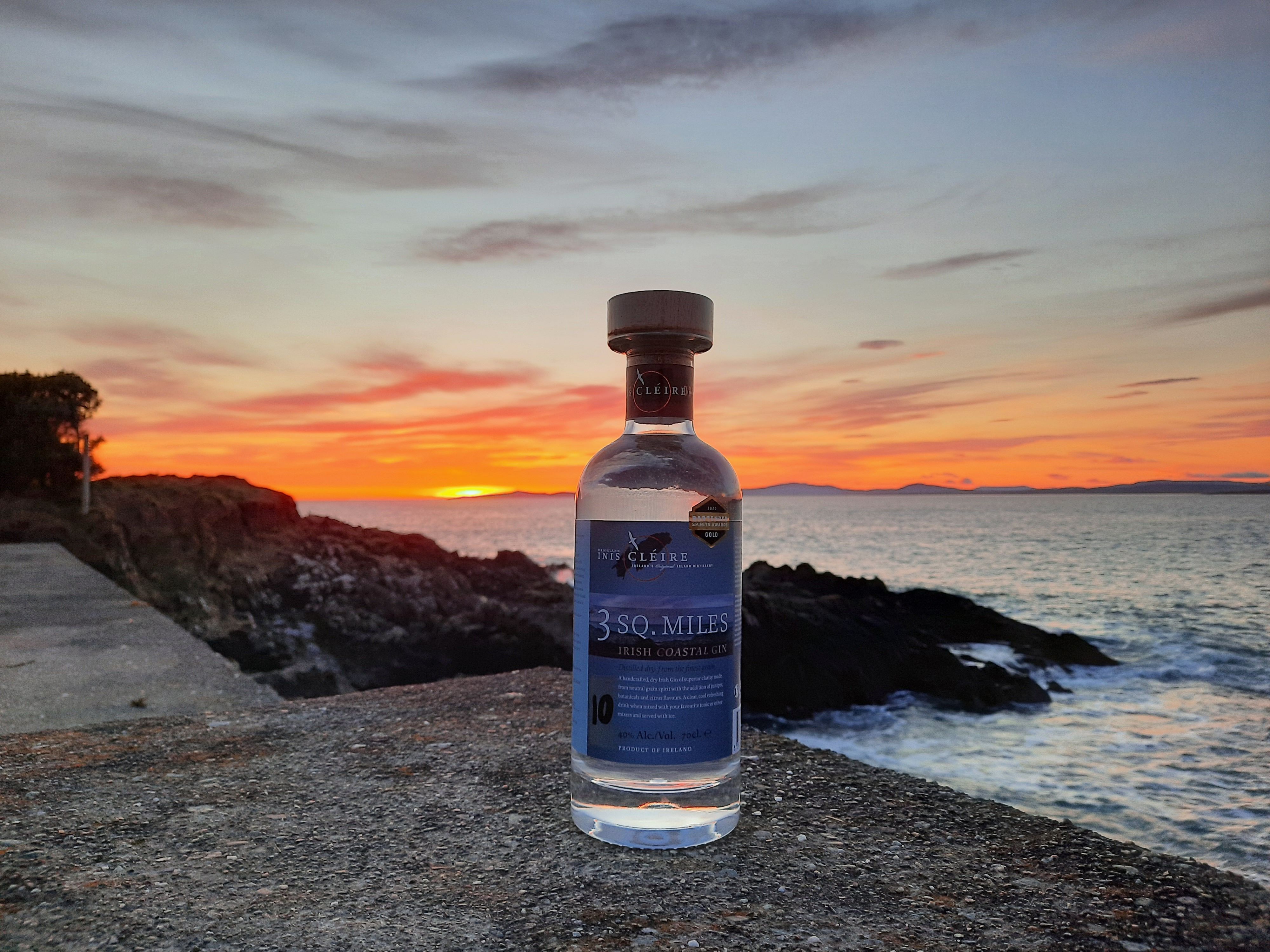 An Island’s Hope in a Bottle

Are we there yet? This was no impatient kid in the back seat of a car. And if only we had a car – like the one that had just passed us by while clipping the tops off the fuchsias lining the narrow passage that passed for a road.

No, this was me wasting my sweetness on the desert air.

And that was a fair analogy.

It might have been green all about but the temperature was having a go at Saudi Arabia’s Empty Quarter.

That’s an exaggeration of course. But a little exaggeration when it comes to the weather is a habit in these parts.

No need today. The heat was all too real. It was the kind that Irish people pray for in August. And complain about 24 hours after it arrives.

It’s Cape Clear Island. At Ireland’s southernmost tip. The weather is actually fantastic. Better again if you are sitting in the shade under an umbrella outside a pub.

But right now we are schlepping over the great hill that is the geological spine of this island off the coast of West Cork, eight nautical miles and an hour or so ferry ride from Baltimore.

Clear Island and its southern tip, Cape Clear, is a popular place for visitors. It is also a popular haunt of birdwatchers. The island has a bird observatory as it is a frequent landing spot for all manner of birds during the spring and autumn migrating seasons.

The island is also a Gaeltacht, so Oileán Chléire is the Irish name for what is, in any language, a visually beautiful and mentally serene place.

With one last push we reached the high point on the road, the boreen. Before us was a view worth both photograph and memory. Looking over an array of smaller islands we could see back to the mainland. The sea was a Mediterranean blue. On our way across it had treated us with dolphins, and what looked like the tailfin of a Basking Shark.

But where was the object of our trek? The Inis Cléire distillery.

From where we stood there was, of course, the magnificent view and a few cottages and houses. No sign of a complex in the business of producing Gin.

One of the houses was undergoing repair. Two men were working on it and an inquiry directed at one of them drew the invariably enigmatic directional response that Ireland is famous for. “Well,” said he, “it is between here and Mount Gabriel.”

Mount Gabriel was back on the mainland and clearly visible because of its white air traffic control radar domes.

But the distillery? No sign at all and finding it was clearly up to us. Eventually we did and came across the person of Seamus Ó Drisceoil, the man with all the answers and, more importantly at that moment, the man with glasses of water.

The distillery was tucked into a slice of land almost at sea level and was comprised of several low buildings, so no surprise that it wasn’t a visual standout.

“Though our island continues to experience a decline in its population, there is hope. We’ve produced a gin that has proven capable of winning awards at the most prestigious and competitive events in the world. We’ve been granted planning permission for a state-of-the-art whiskey distillery building. The tide is rising.”

And Seamus follows up.

“Cape Clear Distillery is the only distillery based on an Irish offshore island. It is located on the site of a former fish farm and commenced in 2019,” he says.

“It was quite literally built by local investors using reused materials as far as possible. Our goal was to produce a very authentic gin genuinely redolent of the island with distinctive local botanicals.

“This proved to be harder than anticipated. We employed a professional gin developer, Ruth Court, who worked with a group of islanders with deep knowledge of local plants and herbs.

“Nonetheless, after six months of efforts the group were no closer to creating a 'wow' recipe. Finally they started testing the plants from the seashore and it was there they came across laminaria digitata, a form of sugar kelp.

“his has an extraordinary effect on the gin, bringing a hint of sweetness, freshness and a frisson of saltiness and imparts to the gin the genuine sensations to be found in the maritime landscape.

“They rounded this off with honeysuckle and fuschia flowers which brings a very distinctive aftertaste. So this is a genuine maritime gin, which contains a limited number of flavors that come through to be discerned by the drinker.

“Fair enough, it’s not to absolutely everyone's taste but it’s what my French colleague, Corrntin Simon, calls ‘a true product.’

“Following this, we went on to develop a cask gin, which is basically gin that has been matured for six months, like whiskey. This is a very warm gin, with a very Christmassy feel, like of dried fruits which comes from the selection of casks used.

“We are of course working towards whiskey maturation and are already gaining a great deal of practical experience with this product. We have recently also produced a lavender Gin from lavender grown on the island and have a pink gin on the way.”

The various gins come with various labels, one of them being “3 SQ Miles,” that being the extent of Clear Island. No problem at all – if it was flat. But it is anything but, so all the more spectacular in the eyes of visitors. Another label is “O’Driscoll’s Navy Strength Gin,” which can be found for purchase at the website www.celticwhiskeyshop.com.

According to Seamus, the distillery is seeking clearance from the FDA in order to sell its products in U.S. outlets. But in the meantime, buyers can purchase Inis Cléire labels online.

Tourism is vital for Clear Island’s population of course. But the distillery now provides steady work and income at all times of the year. Long may it continue to do so. More at www.capecleardistillery.com.